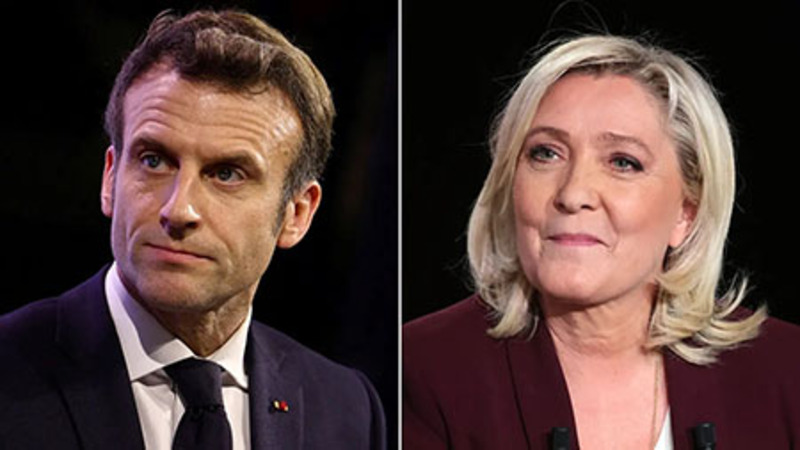 Macron's victory makes him the first French president in 20 years to win a second term.

Projections showed Macron winning about 58% of the vote, against Le Pen's 42%.

"The relatively comfortable margin of victory will give Macron some confidence as he heads into a second five-year mandate, but the election also represents the closest the far-right has ever come to winning power in France," the French newspaper Le Monde noted.

Le Pen said in conceding: “This evening’s result represents in itself a stunning victory. For French and European leaders it is evidence of a great defiance towards them by the French people that they can’t ignore, and of a widely shared desire for major change.”

Le Pen said she would continue the fight with her Rassemblement National party in elections for the National Assembly in June.

"The game is not completely over," Le Pen told supporters.

France’s two-step voting system still relies on paper ballots and does not allow absentee ballots or early voting. Voters are largely required to show ID and place their paper ballots in a box.