2022 in review: Reports Big Media called 'conspiracy theories' which turned out to be true 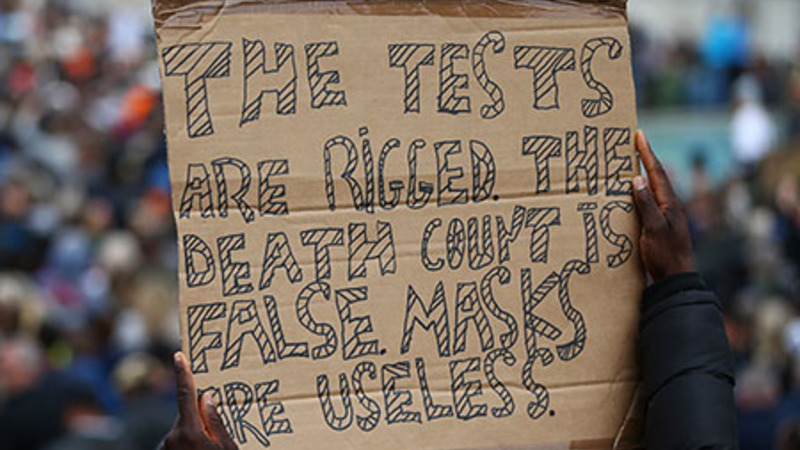 In 2022, pretty much anything that went "against the establishment liberal orthodoxy" was spun by Big Media as a "conspiracy theory" and promptly banned from polite conversation and social media dissemination.

Political commentator Kim Iversen reviewed the top stories of last year that Big Media spun as “conspiracy theories” — all of which turned out to be true.

According to Big Media, Iversen said, the Freedom Convoy was “just a bunch of racist Texas right-wing terrorists” and the protest was “filled with a bunch of Trump-loving White Supremacists. In reality, the project was about stopping vaccine mandates.”

Iversen also pointed out that the movement began in Canada — “where people can’t even vote for Trump” — and was primarily organized by a woman, and garnered widespread support from people of all political persuasions.

The “Twitter Files” have revealed that “shadow banning” and other censorship tactics were conspiracy facts, not conspiracy theories.

Iversen showed a video clip of Twitter CEO Elon Musk commenting that so far, all the “conspiracy theories” people had about Twitter have turned out to be true — “if not more true than people thought.”

Those who said the draconian lockdowns and mandates imposed by Covid overlords nationwide would “change the fabric of American Freedom by ushering in an unprecedented surveillance state” were labeled Big Media as conspiracy theorists, Iversen said.

Yet now, Iversen pointed out, the mainstream media is reporting a different story, including this from The Associated Press: "An @AP investigation has found that COVID-19 accelerated and normalized state surveillance and tracking tools that are now being used to investigate crime and harass marginalized communities."

When Dr. Geert Vanden Bossche warned that imperfect and overused vaccines could lead to dangerous viral mutations, the idea was heavily censored on social media and Vanden Bossche was called a quack, Iversen said.

However, now the idea is being taken up by mainstream news, Iversen said, pointing to a Jan. 1 opinion piece in the Wall Street Journal that asks if vaccines are fueling new Covid variants.

“You couldn’t ask this question two years ago,” Iversen added.

Iversen pointed out that the idea that Covid-19 could have originated in a laboratory was heavily maligned and censored, yet now there’s a “legitimate discussion” about a possible lab leak causing the pandemic.

“Not that we’re likely to find out the truth anytime soon,” she added,” but nonetheless the so-called ‘conspiracy theorists’ were vindicated once again.”

The so-called vaccines are safe and effective

Big Media relentlessly pushed the narrative that the Covid shots were safe and effective with only rare side effects and anyone who believed otherwise was ridiculed and considered a pariah to society, Iversen said.

However, now it is undeniable that there are serious side effects, she said.

Big Pharma has now admitted, Iverson added, that their COVID-19 vaccines can cause serious blood clots, that they don’t stop transmission and that they “wear off in a matter of months.”

Iversen ended with “the big kahuna” of supposed “conspiracy theories” by asserting that the assassination of President John F. Kennedy was likely not committed by a “lone crazy gunman,” as has been circulated for the last 60 years.

“A trove of released documents indicate a much more complicated reality that includes the probable involvement of the CIA,” Iversen said.

“Maybe we can make a New Year’s resolution to make 2023 the year of truth,” she added.

conspiracy by N/A is licensed under Screen Grab N/A