2023: Looking into the crystal globe at the year ahead 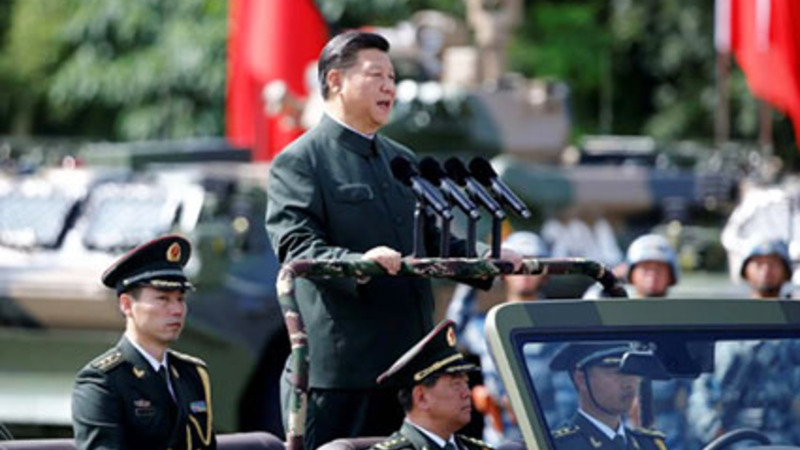 xiwar by N/A is licensed under Screen Grab N/A
The Xi Jinping regime has never renounced the use of force to bring Taiwan into its iron embrace.
Special to WorldTribune.com

It’s that time of year to gaze into the crystal snow globe and try to see the stories on the horizon which will affect the New Year. Our world remains an increasingly tumultuous place and the tragedy of expanding conflicts is only surpassed by the waves of refugees fleeing those troubles.

Ukraine War. Russian President Vladimir Putin’s shocking invasion of Ukraine will dominate the headlines. Not only the grinding Ukraine war but the oft-forgotten tragedy of civilian suffering and refugees flowing into neighboring countries. Ukraine remains the biggest European conflict since WWII.
NATO is surprisingly united against Moscow amid the fog of an unprecedented information war mixing facts and propaganda. At the same time, the USA offers the biggest military support to Ukraine; That’s $12.7 billion in weapons, $9 billion in additional security assistance, followed by $10 billion in humanitarian aid, and lastly $15 billion in budgetary support for the Kyiv government.
The conflict slogs on entering the new year. What is Washington’s endgame in this crisis?

Taiwan Tensions. Many analysts feel Russia’s invasion of Ukraine presages communist China’s planned assault on Taiwan to “liberate” the democratic self-governed island. Beijing’s military harassment of the small New Hampshire-sized island has been sped up; It’s no longer just bellicose rhetoric but coercion with military aircraft circling like vultures just outside Taiwan’s airspace. What’s the role for the USA and Japan in any conflict? Beijing has never renounced the use of force to bring Taiwan into the iron embrace of the People’s Republic of China.

Japan Rearming. Responding to the growing regional security threat from both North Korea and China, Japan is at long last boosting its military spending. While Japan has long relied on the U.S. Defense Treaty, keeping its defense spending at approximately one percent of its GDP, Tokyo’s new government plans to double military spending over the next seven years. Significantly for diplomacy, Japan assumes a two-year seat on the UN Security Council.

China and Resurgent COVID. It’s not over on the China Mainland. The CCP’s clumsy mismanagement of the health crisis which started in Wuhan in 2019, triggering the global pandemic in 2020, has been surging …More than 250 million people or 18 percent of  China’s entire population has been infected with a new COVID surge, including half the capital Beijing! Warning bells echo outbreaks in China in late 2019. The World Health Organization (WHO) demands that China share “real time information” concerning the virus spread.

Countries such as Italy, Israel, South Korea, and the United States among others have placed stringent controls on COVID-19 screening for passengers flying from China. Chinese leader Xi Jinping has called for “unity and perseverance” facing COVID. Watch the borders given the danger of contagion surge!

Afghanistan.  President Joe Biden’s appalling political blunders opened the path for the Taliban to seize Afghanistan. Now in the midst of a self-inflicted humanitarian crisis, the Taliban regime has shut down needed international aid assistance. Why?  Since most aid groups have female workers, the Taliban deems this as unacceptable.  Refugee flows will continue.

Iran. Something big may happen here at long last after a season of massive female led protests against the theocratic regime.  The Islamic Republic, in power since 1979, has been rocked to its core by people power protests from its own citizens. Are we near a tipping point?

Smoldering conflicts. Look no further than Kosovo. Soon to mark the 15th anniversary of its independence from Serbia, ethnic tensions are rising between the Serbs and the Albanian majority. Watch the Balkans.  Moscow’s political mischief is afoot. In Africa’s Sahel region, Mali, Burkina Faso and Nigeria confront widening Islamic insurgency.

U.S./Mexican border. During the past two years at least four million migrants from around the world have crossed into the USA illegally. Mexican cartels control the vicious human trafficking and narcotics flow. The cartels are tough paramilitaries with both a keen business sense and brute power capability creating a <em>narcostate</em> throughout Mexico’s border regions.

May the gloom and tragedy of 2022 stay behind us.  There’s always hope for the best!

John J. Metzler is a United Nations correspondent covering diplomatic and defense issues. He is the author of Divided Dynamism the Diplomacy of Separated Nations: Germany, Korea, China (2014). [See pre-2011 Archives]
xiwar by N/A is licensed under Screen Grab N/A