25 years later, Hong Kong has lost its freedom and China is still communist 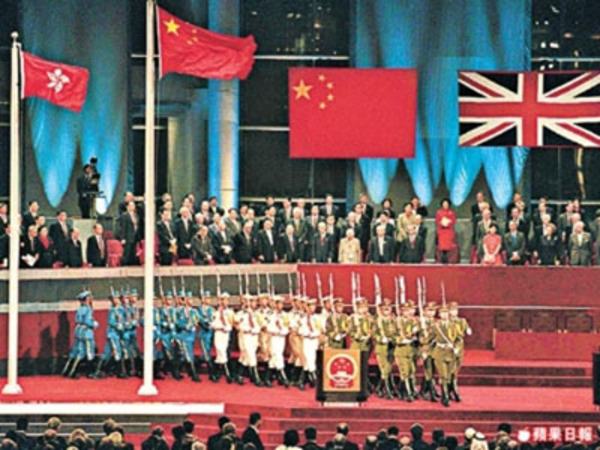 hkchi by N/A is licensed under Video Image N/A
Hong Kong was returned to China on July 1, 1997.
Special to WorldTribune.com

How time flies. It’s been 25 years since Hong Kong returned to Chinese control, a quarter century since the prosperous British Crown Colony became a semi-autonomous part of the   People’s Republic of China, the world’s largest dictatorship.

Nonetheless, the small but feisty islands on the south China coast remained a prosperous and relatively free place, until recently.

When Britain formally departed in 1997 after 150 years of rule, part of the exit agreement was a fifty-year deal that Hong Kong would retain its political and economic freedoms. Hong Kong’s way of life was guaranteed. Thus, while becoming a Special Autonomous Region of the People’s Republic, the feisty Island entrepôt legally retained rights and freedoms not permitted on the  adjoining Chinese mainland.

I vividly recall being in Hong Kong immediately following the July 1st handover from the United Kingdom to China. The spectacular fireworks over Victoria Peak and the grand harbor signaled a new era joining what was described as a reformist and ascending China. The whiff of fireworks smoke was still in the air along with a nervous optimism that somehow all would go smoothly.

This was Hong Kong after all, not authoritarian and corrupt Mainland China. And the world was watching.

In 1997, Hong Kong was a pretty prosperous place as compared to the Chinese Motherland who was bringing it back to the fold.

Why then would China wish to kill the Golden Goose? Good point and largely true until recently.

Hong Kong’s Basic Law ensured a “One Country Two Systems” whereby the Crown Colony returned to Beijing’s sovereignty, but in parallel ensured a self governing region that for 50 years, freedoms and economic vitality would remain untouched by Beijing’s heavy hand.

Chairman Xi Jinping’s regime would change the template and narrative for a once largely successful City State based on rule of Law, not on rule by Law.

But the storm clouds were darkening.  By 2014, Beijing considered the Sino/British Treaty to have no further legal effect! In 2020 China slapped Hong Kong with draconian national security legislation to pull the independent region into line with the rest of the People’s Republic.

Chris Patten, Hong Kong’s last British Governor lamented recently that Beijing’s crackdown on Hong’s Kong’s civil liberties has “been a lot worse” than expected. “I thought there was a prospect China would keep its word, and I’m sorry that it hasn’t,” Patten said in London.

Beijing is strangling the proverbial Golden Goose. While Hong’s Kong’s economy has remained largely free and highly competitive, both Beijing’s political crackdowns in 2021 and the effects of the COVID-19 pandemic have begun to tarnish this once thriving international business hub and its 7.6 million inhabitants.

Hong Kong’s political deterioration has been startlingly quick. The human rights monitor Freedom House states, “The people of Hong Kong… traditionally enjoyed substantial civil liberties and the rule of law under their local constitution, the Basic Law.”  However, the enactment of the National Security Law in 2020 seriously undermined the ‘one country, two systems’ framework.” The Chinese Communist Party now uses a new system of  “patriots governing Hong Kong,” as a way to vet and pick candidates in local elections.

Viewing a global list of comparators and benchmarks for political and civil rights, Hong Kong came in at 43rd/100 and was listed as Partly Free.  As recently as 2017 Hong Kong ranked 61/100 in the ratings.  China however scored an abysmal 9/100. Conversely nearby democratic Taiwan ranks as 94/100!

Press freedoms have changed appallingly for the worse. Since China assumed control there was a slow erosion of media freedoms. Now the press is encouraged to “be patriotic” and support the Beijing party line.  While there was less direct censorship until recently, Hong Kong media exercises wide self-censorship.

Last year China shut down the independent Apple Daily newspaper and arrested a number of journalists including its pro-democracy owner Jimmy Lai.

John J. Metzler is a United Nations correspondent covering diplomatic and defense issues. He is the author of Divided Dynamism the Diplomacy of Separated Nations: Germany, Korea, China (2014). [See pre-2011 Archives]
hkchi by N/A is licensed under Video Image N/A