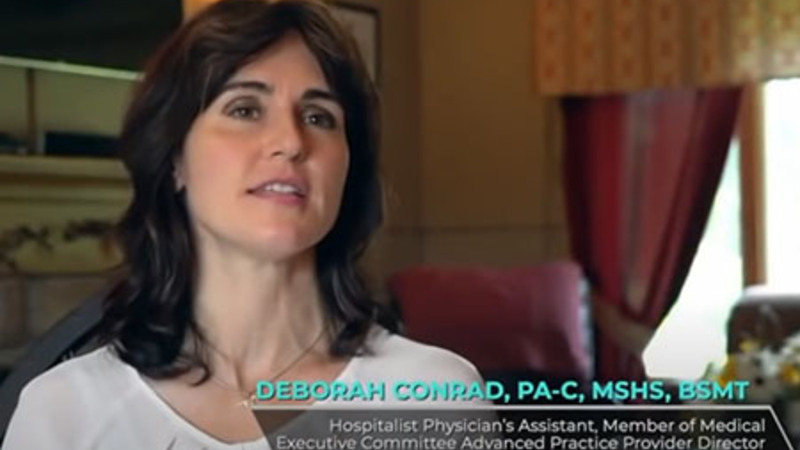 A healthcare professional revealed a shocking discovery after she convinced her hospital to track the vaccination status of every patient admitted.

"These patients were admitted for a variety of reasons, including but not limited to Covid-19 infections. Even more troubling is that there were many individuals who were young, many who presented with unusual or unexpected health events, and many who were admitted months after vaccination," Aaron Siri noted in an Oct. 17 substack.com report.

Siri, managing partner of the Siri & Glimstad law firm, noted that when Conrad reached out to health authorities, she was ignored.

"My firm then sent a letter to the CDC and FDA on July 19, 2021 on Ms. Conrad’s behalf, yet neither agency has responded. Even worse, when doctors came to Ms. Conrad for assistance with filing VAERS reports for their patients, the hospital prohibited her from filing these reports." (See the letter here.)

In an earlier Oct. 12 report, Siri had noted how the FDA and CDC ignored reports of serious injuries from the Covid-19 vaccine as reported by Dr. Patricia Lee, a highly credentialed pro-vaccine ICU physician.

After she witnessed a several cases of serious harm and death from the Covid vaccines, Lee wrote a detailed letter to the CDC and FDA describing the cases.

After getting no response from the CDC and FDA, Lee turned to the Siri & Glimstad firm.

"Within hours of sending a legal letter, the FDA responded to the doctor," Siri noted. "Sadly, the response was not about public health. It was about public relations."

Siri continued: "It did not come from a medical officer, but instead from an FDA director of communications. Nor did it seek any information regarding the serious injuries described. Instead, this public relations communication was a tone-deaf, reality-defying touting of VAERS which ended with the offer that if the doctor is 'interested,' they could discuss VAERS and answer any questions. A truly incredible response to the doctor’s detailed claims of harm."

In her letter to the CDC and FDA, Dr. Lee described cases of adverse reactions to the vaccines which include quadriplegia, organ failure, and brain blood clots.

Dr. Lee explained in her letter that it is “statistically improbable that any one physician should witness this many Covid-19 vaccine injuries if the federal health authority claims regarding Covid-19 vaccine safety were accurate.”

Lee said that she has “spoken with colleagues who have also had similar experiences in treating patients” but none would publicly acknowledge these injuries because they thought doing so would “fuel vaccine hesitancy” or result in “backlash.”

conrad by N/A is licensed under Video Image N/A