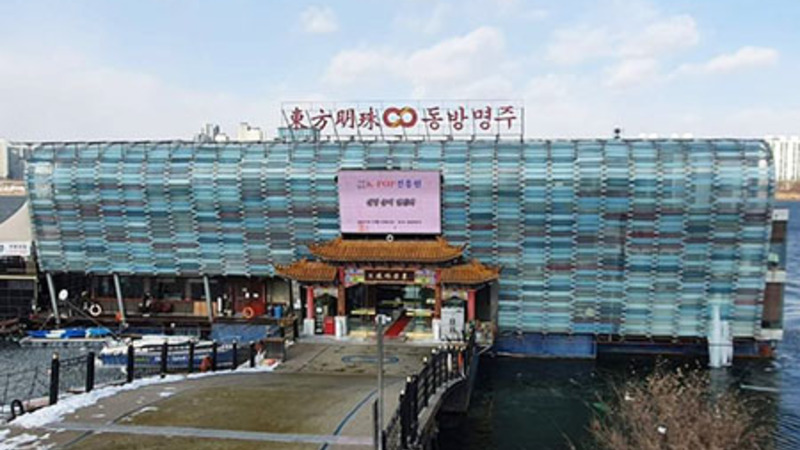 dongbang by N/A is licensed under Screen Grab N/A
Dongbang Myungjoo restaurant on the Han River in Seoul.
by WorldTribune Staff, December 28, 2022

Chinese restaurants have long been almost everywhere in the world. But Chinese police stations?

Several countries have either shut down or are investigating China’s operating of extralegal police stations which are set up by the communist regime to monitor the activity of Chinese nationals in at least 50 countries.

In October, the U.S. Department of Justice announced it had indicted seven Chinese nationals for their “participating in a scheme to cause the forced repatriation of a PRC national residing in the United States.”

Several of those indicted allegedly acted at the direction and under the control of various officials with the Chinese government’s Provincial Commission for Discipline Inspection (Provincial Commission to conduct surveillance of and engage in a campaign to harass and coerce a U.S. resident to return to China as part of an international extralegal repatriation effort known as “Operation Fox Hunt,” the DOJ said in an Oct. 20 press release.

“As alleged, the defendants engaged in a unilateral and uncoordinated law enforcement action on U.S. soil on behalf of the government of the People’s Republic of China, in an effort to cause the forced repatriation of a U.S. resident to China,” stated U.S. Attorney Breon Peace. “The United States will firmly counter such outrageous violations of national sovereignty and prosecute individuals who act as illegal agents of foreign states.”

By November, 14 countries had launched investigations into the Chinese police stations. The Netherlands and Ireland shut down the stations in their countries.

In South Korea, an investigation was launched after it was discovered that a restaurant may have been used by China as a secret police station, Tara O reported for East Asia Research Center on Dec. 24.

The restaurant “had many strange characteristics” including a sign which read “We only take customers with reservations. Please understand,” the report noted.

The restaurant in question, named Dongbang Myungjoo, was a huge, multi-story ostensible eatery on the Han River in the middle of Seoul.

“The restaurant staff was not interested in serving food to customers, but rather stated they take reservations only, repeating the words of the sign on the front door, although the large restaurant was empty,” Tara O noted.

When YouTube vloggers came to the restaurant, however, “the staff then said they do not take reservations, contradicting the sign and their earlier and later statements. They wanted the YouTubers to leave, and when they were out of the building, someone else from the facility ran up to them and wanted their business cards, so the person can ‘report’ (bogo)—this term ‘bogo,’ means reporting the information up to the superior, which is different than ‘shin-go,’ which is the term used for reporting information to the police,” Tara O added.

The location of the restaurant “provides a fantastic, unobstructed view of the Han River. If used for other purposes, it is in an ideal location for observation, infiltration, and exfiltration, among other possibilities,” Tara O wrote.

“It turns out that the restaurant’s office opened just across the street from the National Assembly in Yoido, Seoul. The business registry shows that it opened the office in December 2020 on the 9th floor of the building, the same floor as the Seoul Bureau of China Central Television (CCTV), China’s state-run media. The restaurant appears to be already operational prior to opening the office at Yoido,” Tara O added.

dongbang by N/A is licensed under Screen Grab N/A