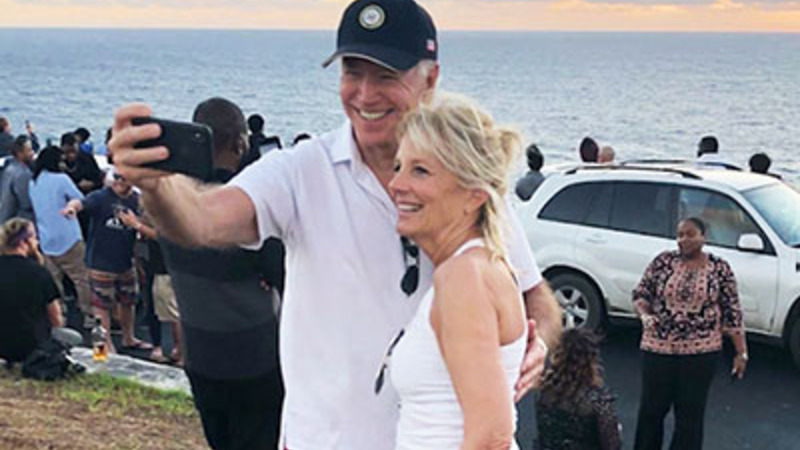 joenjill by N/A is licensed under Video Image N/A
Joe and Jill Biden in the sunny Caribbean.
by WorldTribune Staff, December 30, 2022

While much of the nation was shivering in a deep freeze, Joe Biden jetted off on a taxpayer-funded vacation to the U.S. Virgin Islands.

Taxpayers will also be funding another flight to the Virgin Islands. This one will carry the Omnibus Spending Bill to the sunny Caribbean so Biden can sign it before the Jan. 30 deadline.

Which begs the question: Is the spending bill so huge that it can't fit on the same plane (that would be Air Force One and its 4,000 square feet of floor space) Biden took to the Virgin Islands?

The $1.7 trillion bill which no one in Congress has read gets its own plane because Team Biden has to fly it to St. Croix, have Biden sign it, then fly it back to the Swamp before the deadline because Biden is extending his holiday beyond Jan. 1.

"Biden is having the Omnibus Bill flown down to the Caribbean for him to sign it. SBF (Sam Bankman-Fried) set up operations in the Caribbean. And we all know where Epstein Island is. Are we noticing a pattern yet?"

joenjill by N/A is licensed under Video Image N/A