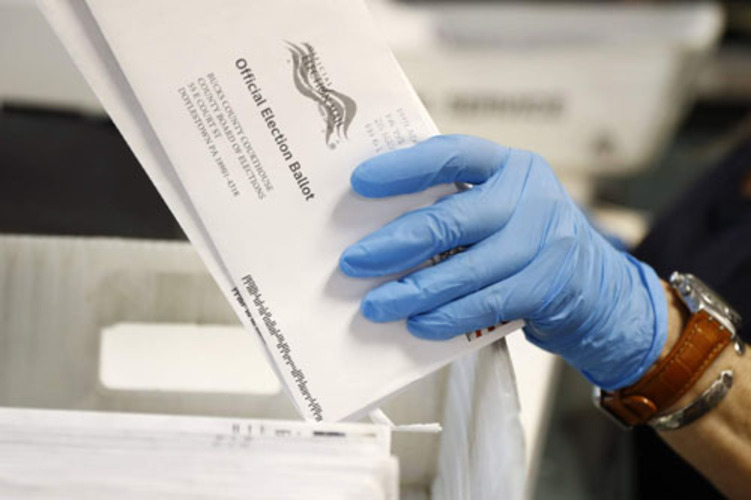 A team of analysts initially identified 1.25 million voter issues in the 2020 election.

After following up on the issues through phone calls and by cross-checking data against other databases, the team found more than enough evidence to overturn the results in at least three swing states, The Epoch Times reported on Thursday.

“I have no confidence that Joe Biden is the deserved winner of this election, based on our findings,” Braynard said in a Nov. 25 video.

One of the data team's most significant findings, Braynard said, involved voters who had submitted a National Change of Address form to the post office, indicating they had moved out of state, yet appeared to have voted in 2020 in the state they moved from.

In Georgia, the team found 138,221 such people, which represents a much larger number than the state’s current vote differential (12,670) in the presidential race.

Braynard said the numbers are high enough that they could “easily” overturn current election projections.

“The number of questionable ballots surpasses the vote margin in at least three states right now — Arizona, Georgia, and Wisconsin,” Braynard told The Epoch Times on Nov. 25. Those three states have a combined total of 37 electoral votes. “This isn’t speculative. This is just what the data shows.”

Braynard said he has signed declarations to go with his work, which is being used in court filings in five states.

“I can give you the list of the people who voted in this election, who filed National Change of Address cards in Georgia, moving themselves to another state,” Braynard told The Epoch Times. “And I can also show you the subsequent state voter registrations of these individuals in other states, who then cast early or absentee ballots back in Georgia. I can show you the names of the people and the records of them having voted in multiple states and the raw data that the states make available.”

In five of the six contested states that Braynard's data analysis team examined, it was a requirement for a voter to request a mail-in ballot, while Nevada mailed out ballots to everyone on its voter registration rolls.

In the five states that required a requested ballot, Braynard’s team found a significant number of people whom the state marked as having requested a ballot but not having returned it. Upon contacting those people, Braynard said many of them told his call team that they hadn’t requested a ballot at all. Others said they had requested and returned the ballot, but it hadn’t been marked as received or counted.

In Arizona, 44 percent of the people reached by phone said they hadn’t requested a mail-in ballot, despite the state receiving a completed ballot in their name.

In Michigan, that number was 24 percent; in Pennsylvania, 32 percent; and in Wisconsin and Georgia, 18 percent.

“Those are pretty startling numbers, because the question is, how? How did that ballot get requested? Who did that? Is it possible that people we talked to maybe lied to us or maybe did it and forgot about it? Was there a clerical error that could be this substantial?” said Braynard. “Once they stripped those ballots out of those absentee envelopes, it becomes very difficult to come up with a real remedy.”

Among the many election irregularities he witnessed in Pennsylvania's Delaware County, a poll observer said he noted that 47 USB cards went missing.

Greg Stenstrom, a Republican poll watcher, told a Senate GOP Policy Committee hearing in Gettysburg on Nov. 25 that he witnessed he witnessed a number of chain-of-custody violations, including around mail-in ballots, the balance of votes from drop boxes, and the handling of USB card flash drives — all of which he said broke rules defined by the Delaware County Board of Elections and the election process review.

Stenstrom said he was told by an attorney that it’s normal for several USB cards to be left in machines and then brought back by the warehouse manager for input into tally systems. He added that when he later raised the issue with U.S. Attorney William McSwain and some law enforcement officers, he was told it is unusual for more than two drives to be left in voting machines.

He said he was later told that “these 24 to 30 cards that were uploaded” were unaccounted for, adding that “as of today, 47 USB v-cards are missing.”

At the Gettysburg hearing, Stenstrom described witnessing a situation in which data on USB cards was uploaded to voting machines by a warehouse supervisor without being observed by a poll watcher, which he said he saw happen at least 24 times.

“He’s walking in with baggies, which we have pictures of and that were submitted in our affidavits,” Stenstrom said, adding that Democrat poll watchers also witnessed this occurrence.

Stenstrom said that “virtually all chain of custody logs, records, yellow sheets, everything was gone” in Delaware County.

“They had a signing party where they sat down and coworkers were invited back to recreate those logs,” he said. “And our understanding as of today was that they were unsuccessful in getting them all.”

He said the situation is that there are up to 120,000 ballots that remain “in question.”

“There’s no cure for this, no remedy for this,” he said. “I don’t believe, as a citizen and an observer to this, that anybody could certify that vote in good conscience.”