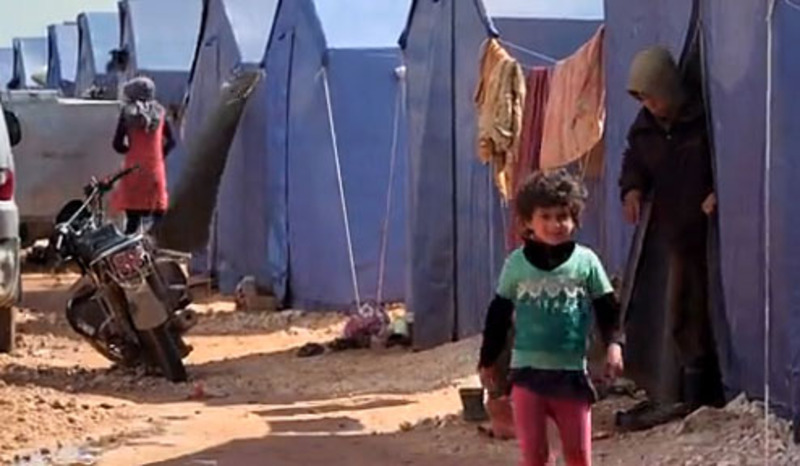 There’s a special kind of Hell which befalls refugees and displaced persons during a harsh winter.  And now as that season approaches, Syria stands at the brink after a decade of conflict and calamity and with no genuine end in sight.

Regional cease fires and optimism over intermittent negotiations are but milestones on a lengthy road to a long sought political solution in Damascus.

The so-called Arab Spring uprisings throughout the region in 2011 tragically turned into the Arab Winter.

There are many reasons; fragmented opposition to the Assad dictatorship, the entrenched strength of  Bashar Assad’s regime, and the clear and conscious meddling of foreign powers such as Russia, the Islamic Republic of Iran, and Turkey to a degree.

Above all, the United Nations Security Council, which in its somber responsibility for international peace and security, has delivered neither. A deeply divided Security Council has assured a near stalemate on the decade old Syrian conflict. The United States, Britain and France on the one side face off with China and Russia on the other.

As recently as this past July, both Russia and China restricted Syrian humanitarian aid corridors with a rare double veto. The Moscow/Beijing double whammy assured an already bad situation would get worse. And it has.

Yet again the Security Council has heard the plaintive humanitarian appeal; during a briefing by the Under-Secretary General for Humanitarian Affairs, Ramesh Rajasingham, delegates were informed that “Some 6.7 million people in Syria are internally displaced.  Our assessments show that a third of them lack proper shelter.  Winter weather is proving to be incredibly hard for those without adequate shelter, not to mention the very basics like fuel for heating, blankets, warm clothes and shoes.”

He stressed, “Today an estimated 9.3 million people in Syria are food insecure, that’s 1.4 million more people than a year ago and more than at any other time during the crisis.  About 1 million of them are severely food insecure, twice as many as last year,  and we expect this  number to increase.”

United Kingdom Ambassador James Roscoe warned, “the humanitarian situation across the country remains dire and is worsening, as we've heard today. 3.1 million people require additional support to get through a harsh winter and inclement weather is already having an impact.”  He added, “To address all of these acute needs, it is essential that the UN and other Humanitarian actors are given humanitarian access.”  Earlier this year Russia reduced the number of cross border access points into Syria thus bottle-necking assistance.

Since the 1960’s the former Soviets transformed the Assad family dictatorship into a classic Russian client state.  Moscow still supports Assad and has helped the regime reestablish control over much of Syria.  Islamic Iran has a religious connection; the Assad’s belong to the Alawite sect of Islam which is close to the Iran’s Shiite group.

Significantly many of the anti-regime forces are Islamic fundamentalist fighters whose violent <em>jihadi </em>tactics offer a grim alternative to a beleaguered population. More than 500,000 people have been killed thus far.

The Deputy delegate of St. Vincent and the Grenadines Halimah DeShong stated the case succinctly, “A complex and inextricably linked relationship exists between Syria’s humanitarian and political situations. Lack of progress on the political track gives rise to further deterioration of the already dire humanitarian situation.”

Indeed constitutional talks among various Syrian parties will shortly resume in Geneva. Most diplomats rule out a military solution to the simmering conflict, a long sought after political  formula remains highly elusive.

A U.S. statement stressed, “Lasting peace will only come when the Assad regime and its backers, including Russia, China, and Iran, accept a UN-brokered political settlement to the   conflict in line with Resolution 2254.” The resolution outlines a road map for a peace process and a Syrian led political solution including a safe return of refugees.

This is clearly not the time nor place to send U.S. troops to help with any political transition. Rather enforcing ceasefires, focusing on an orderly return of refugees, and establishing a UN peacekeeping force may be the best solution at this late stage.

Yet until there’s some agreement in the Security Council the powers will remain at loggerheads and many in Syria will suffer this winter.

John J. Metzler is a United Nations correspondent covering diplomatic and defense issues. He is the author of Divided Dynamism the Diplomacy of Separated Nations: Germany, Korea, China (2014).