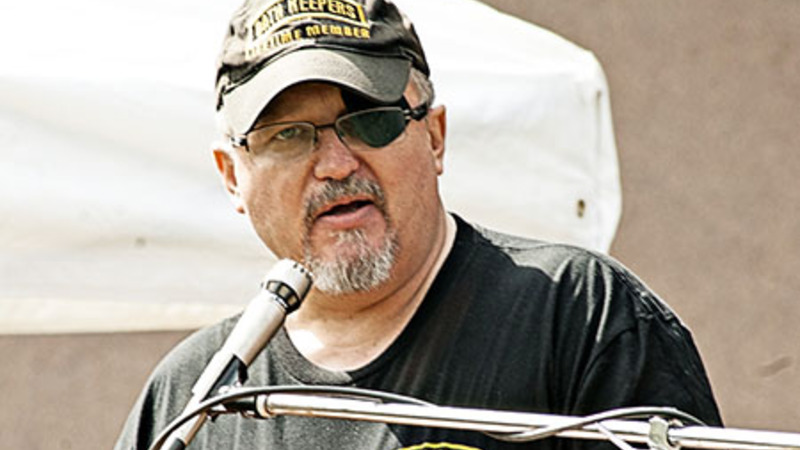 Team Biden’s Department of Justice is losing its grip on the Jan. 6 narrative and, in order to keep it alive, charged Oath Keepers leader Stewart Rhodes with sedition, Rhodes’s lawyer said.

Rhodes, the founder of the Oath Keepers, was arrested on Thursday afternoon at his home in Texas. He was charged with seditious conspiracy and obstructing official proceedings, among other counts.

Attorney Jon Moseley, who is representing Rhodes regarding his appearance before the Jan. 6 House committee and in civil lawsuits related to Jan. 6, told the National File that the charges are a “fantasy” driven by “public relations.”

Moseley told National File the charges are a “publicity stunt” designed to distract people from the failing narrative of the alleged insurrection on Jan. 6.

“There is no new information in the indictment,” Moseley said. “They discovered a new theory, but not new facts. If they had some bombshell factual information, this would be different.”

Moseley also pointed out that the indictment came only 10 days after Rhodes agreed to testify on behalf of his client, Kelly Meggs. Moseley had originally subpoenaed Rhodes to appear, and learned later that the Oath Keepers leader would be a willing participant.

“The goal is to cover themselves for the fact that the Oath Keepers have not been indicted, and now they’ve got him facing charges for sedition,” Moseley added. “All of the charges are basically fantasies. I’m saying that because I have the documents.”

According to court documents, Rhodes III, 56, of Granbury, Texas, who is the founder and leader of the Oath Keepers; and Edward Vallejo, 63, of Phoenix, Arizona, are being charged for the first time in connection with events leading up to and including Jan. 6.

In addition to Rhodes and Vallejo, those named in the indictment include nine previously charged defendants: Thomas Caldwell, 67, of Berryville, Virginia; Joseph Hackett, 51, of Sarasota, Florida; Kenneth Harrelson, 41, of Titusville, Florida; Joshua James, 34, of Arab, Alabama; Kelly Meggs, 52, of Dunnellon, Florida; Roberto Minuta, 37, of Prosper, Texas; David Moerschel, 44, of Punta Gorda, Florida; Brian Ulrich, 44, of Guyton, Georgia and Jessica Watkins, 39, of Woodstock, Ohio. In addition to the earlier charges filed against them, they now face additional counts for seditious conspiracy and other offenses.

Eight other individuals affiliated with the Oath Keepers, all previously charged in the investigation, remain as defendants in two related cases. All defendants – except Rhodes and Vallejo – previously were charged in a superseding indictment. The superseding indictment has now effectively been split into three parts: the 11-defendant seditious conspiracy case, a seven-defendant original case, and a third case against one of the previously charged defendants.

Caldwell, in a Thursday appearance on Fox News's "Tucker Carlson Tonight," said he never entered the Capitol on Jan. 6, 2021.

Independent journalist Glenn Greenwald noted that treason and sedition charges do not often lead to convictions, with only 12 Americans being convicted in U.S. history.

More than a year after 1/6 and with growing political pressure from Democrats, the Biden DOJ filed its first sedition charges -- against Oath Keeper Stewart Rhodes. Sedition charges are very rare and hard: will be interesting to see if they can convict.https://t.co/UxJbCh0hYa

srhodes by N/A is licensed under Screen Grab N/A