Ashli Babbitt, your honor will be defended, no thanks to the Associated Press 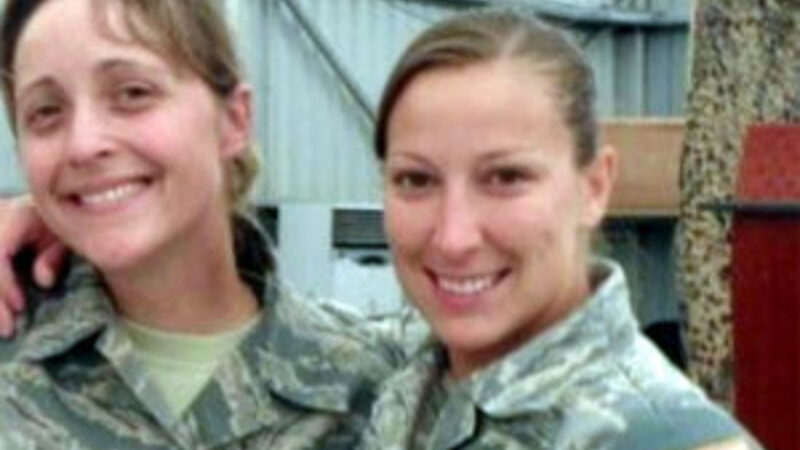 If nothing else, the past two years have demonstrated with blazing clarity how the ruling elites live by one set of rules and impose an entirely separate set of rules on the unfavored, ostracized, dispossessed and deplatformed.

As a member of the print, broadcast and internet media for the past 30 years, I cannot emphasize enough how complicit so-called mainstream journalists are in perpetuating such double standards and stoking hatred of dissidents. The Fourth Estate will spare no one — not even the dead — in its ruthless pursuit of absolute power over political narratives.

"Ashli Babbitt a Martyr? Her Past Tells a More Complex Story."

Ashli Babbitt, as you may know, is the 35-year-old Air Force veteran and Trump supporter shot and killed by a Capitol police officer one year ago this week during the Jan. 6 "Stop the Steal" rally in Washington, D.C. The fetid article under the fetid headline is victim-blaming at its rock-bottom lowest.

So, what exactly is the "more complex story" that the once-venerable AP wire service believes is so important for the public to know? Babbitt was involved in a complicated personal love triangle, had "bad blood" with her husband's ex-wife, faced "numerous misdemeanors" related to a traffic encounter with the ex, and then was — wait for it, it's buried deep down in the article — acquitted by a judge of all the criminal charges.

The rest of Biesecker's steaming pile of vile is padded with disgruntled attacks against Babbitt by the still-seething ex-wife, plus extended point-and-sputter condemnations by the "investigative reporter" against Babbitt's ideological stands and internet posts, topped off by resentful references to the fact that President Donald Trump and countless American citizens remain stalwart in their defense of Babbitt's memory.

The AP makes a grand performative show of its commitment to fighting bias. "We must be fair," its online statement on "news values and principles" asserts. "Whenever we portray someone in a negative light, we must make a real effort to obtain a response from that person."

Just to reiterate: Ashli Babbitt is dead. She is unable to defend herself against the clearly calculated and anniversary-timed sliming and smearing by "investigative reporter" Biesecker. That doesn't seem to have bothered the AP ethics gurus one bit. Biesecker's bio touts his status as a "2019 Pulitzer finalist," but his trashy piece of trash trashing Ashli Babbitt doesn't even rise to the level of People magazine or TMZ. It's pure manure.

Look: We all know if Ashli Babbitt had been black and had been shot and killed at a Defund the Police rally, the AP (which I've long said stands for Associated Propaganda) would be ramming the martyr narrative down our throats instead of debunking it. But because Babbitt and countless thousands like her were white Trump supporters, we've been bombarded with agitprop about how every single Jan. 6 protester was engaged in "riot," "siege" or "insurrection" and whose "underlying grievance" about election integrity — to borrow AP's own simp words for BLM and antifa's agendas — is relentlessly framed as a dangerous "conspiracy theory" and "misinformation" instead of a legitimate concern.

I remind you that it was the AP that issued "stylebook" guidelines four months after BLM and antifa set America on fire after the George Floyd incident ordering its journalists not to use the term "riot" to describe the mayhem because it "suggests uncontrolled chaos and pandemonium" instead of focusing on the "underlying grievance" of black protesters against the system. The AP pooh-bahs advised their minions to employ the kinder, gentler euphemism "unrest" to describe "a condition of angry discontent and protest verging on revolt."

I will also remind you that a year ago this week, the AP published a false story that then-President Trump had pressed a lead Georgia elections investigator to "find the fraud" and promised he would make the investigator a "national hero." The AP was forced to acknowledge that a "recording of the call made public two months later revealed that Trump did not say either" and that it had "erroneously reported" the untruth. The retraction came two months after the original lie was manufactured.

Conspiracy theories and misinformation, anyone?

The power of the AP to deceive, defame and destroy cannot be understated. The organization, more than 170 years old, brags in its ethics statement that "more than half the world's population sees AP news content on any given day." Holier than thou as they commit their evil deeds, these propagandists pledge to report the news "accurately and honestly" while spitting on the graves of patriots.

Ashli Babbitt, your sacrifice will not be forgotten. Your honor will be defended.

Michelle Malkin is a columnist for WorldTribune.com Her email address is MichelleMalkinInvestigates@protonmail.com.
apbabt by N/A is licensed under Screen Grab N/A