Big-Box media chorus: Chris Wallace is a national treasure, no matter how you people actually feel about him 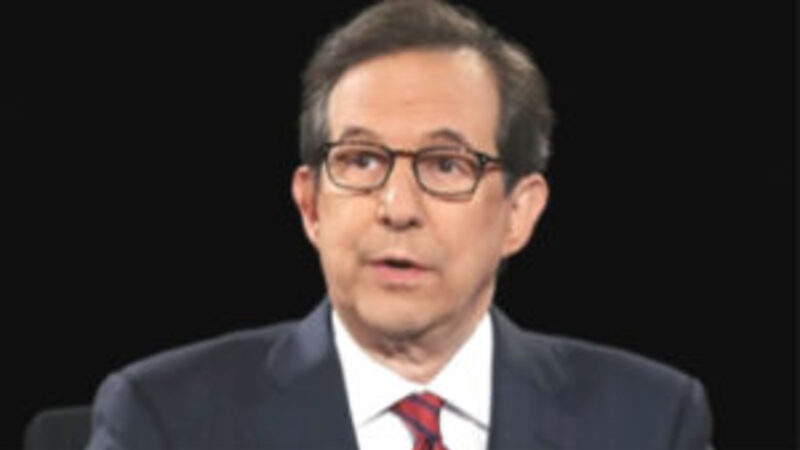 CW by N/A is licensed under Video Image N/A
Chris Wallace: At CNN, 'he can go on pretending he is a hard-nosed newsman.'
by WorldTribune Staff, December 13, 2021 247 Real News

It’s embarrassing that they’re not embarrassed about it.

It has long been a puzzle to Fox News viewers just why wooden establishment hack Chris Wallace was being kept around despite his obvious unpopularity with the network’s core viewing audience.

Wallace, 74, on Dec. 12 finally announced his departure from Fox News, and, shortly after, his completely unsurprising move to CNN, where he can go on pretending he is a hard-nosed newsman who “calls it like it is” while spouting his Swamp-approved talking points.

In keeping with the contrived fantasy, slobbering big-box media outlets unashamedly parroted each other in saluting Wallace, only showing once again just how far removed they are from regular Americans.

Here’s how a staggering 10 (11 if you count the joint venture between USA TODAY and the Associated Press) different dominant media sources propped up their yapping wet poodle into a bulldog of towering journalism.


Wallace, whose contract at Fox News ends this month, was considered the most evenhanded journalist at the conservative-leaning Fox News. An 18-year veteran of the channel, he was the anchor of its Sunday roundtable show “Fox News Sunday.”

Wallace was not the most popular of Fox News personalities, as he never had a daily program. But his evenhanded approach gave the channel a patina of journalistic respectability often used to deflect criticism of the network’s opinion hosts who draw the largest audiences.

Why it matters: Known for his impartiality and tough interviews, Wallace was the bedrock of the network's hard news division, commanding respect from political leaders on both sides of the aisle, even at a time when cable news has become much more polarizing.

Catch up quick: Wallace has long been considered one of the most authoritative TV news journalists in Washington.

USA TODAY (with help from the Associated Press): Methodical and exhaustive add gristle:


Methodical and never showy – in contrast to his father Mike Wallace, the legendary “60 Minutes” reporter – Chris Wallace was known for his exhaustive preparation and willingness to ask hard questions of all guests.

He was the first Fox News personality to moderate a presidential debate, doing it in 2016 and 2020. The debate he moderated last year went off the rails when then-President Donald Trump repeatedly interrupted Democratic challenger Joe Biden.

Let’s take a look at that tough questioner of all in his path. Here’s Wallace rushing in to bail out a flailing Joe Biden during the first 2020 presidential debate after the Democrat badly stumbled by referring to the Antifa terrorist group as “an idea not an organization.” ‘We’re done, sir,” he immediately jumped in to prevent Trump from capitalizing on the disastrous statement:

New York Times: Admiral of the High Seas of Journalism:


Chris Wallace, whose stewardship of two presidential debates and penetrating interviews of world leaders made him the leading anchor of Fox News’s reportorial ranks, announced on Sunday that he had decided to leave the Rupert Murdoch-owned network after 18 years.

His exit came as a surprise to the television news industry and will deprive Fox News of a prominent figure who has been the face of its influential Sunday program, “Fox News Sunday,” and the first anchor at the network to receive an Emmy Award nomination for his work.

An equal-opportunity interrogator of Democrats and Republicans, Mr. Wallace proved himself an outlier at times at Fox News, particularly in recent years when the network’s conservative opinion hosts closed ranks behind former President Donald J. Trump.

CNN: Let's go insanely biased as a way to denounce bias. This is the new employee they are talking about:


Fox News anchor Chris Wallace, one of the few high-profile news personalities who retained a reputation of integrity as the channel he worked for leaned hard into right-wing and conspiratorial programming, announced Sunday that he is departing the network and joining CNN+ to host a weekday show.

Everybody keeps repeating this in robot-like fashion but don't call it a party line:


Wallace is known for his tough, but fair, questioning of both Democratic and Republican politicians. His reputation for grilling members of both parties made him well-respected in journalistic circles, but often irked the Fox News audience which showed immense loyalty to former President Donald Trump.

Variety: Burnished challenger – when is he being knighted?


Among Fox News’ pantheon of on-air personalities, Wallace cut a different figure. He didn’t push a particular partisan side, but instead burnished a reputation for challenging authority. “People know that I’m going to ask probing questions and that it’s not going to be softball,” Wallace told Variety in 2019.

Philadelphia Inquirer: Well, gee, everybody in the newsroom thinks so:

Chris Wallace, the longtime news anchor of Fox News Sunday and one of the most respected news hosts on television, announced his sudden resignation from the network Sunday morning.

Wallace, known for his tough interviews and his unbiased approach to news coverage, has hosted Fox News Sunday since its inception in 2003.

Wallace has been the center of gravity for Fox News’ commitment to actual news. As host of Fox News Sunday, he’s competed directly with the iconic legacy public affairs shows that date to television’s earliest days, Meet the Press and Face the Nation. Wallace has given tough interviews to Democrats and Republicans, and earned his reputation as an old school journalist.

NBC News: This hit-man is a pit bull:


He's built a reputation as a tough interviewer, often hitting guests with what some have called interrogation-style sit downs....

Despite working for a network known for its conservative opinion hosts, Wallace has often been seen as a journalist who offers substantive examination regardless of party affiliation.

His moderation of a debate last year between then-President Donald Trump and Joe Biden was notable in how often Wallace attempted to rein in Trump's numerous interruptions.


Chris Wallace, the longtime host of “Fox News Sunday” whose hard-hitting interviews have been a fixture of Washington politics, is leaving the network to join rival CNN as an anchor for its upcoming streaming service, CNN+....

Mr. Wallace, a five-decade veteran of the broadcasting industry, has been among the most high-profile journalists in the network’s news division. He has won plaudits from colleagues in the news-media world for being tough on newsmakers in both parties in his interviews.

It’s an oddity that bears repeating. Ruling order media organizations know you don’t believe what they are telling you, yet they insist on relentlessly bleating out their wholly unconvincing propaganda lines nonetheless. It speaks not only to a disconnect with their audience, but a palpable sense of condescension and contempt.

CW by N/A is licensed under Video Image N/A