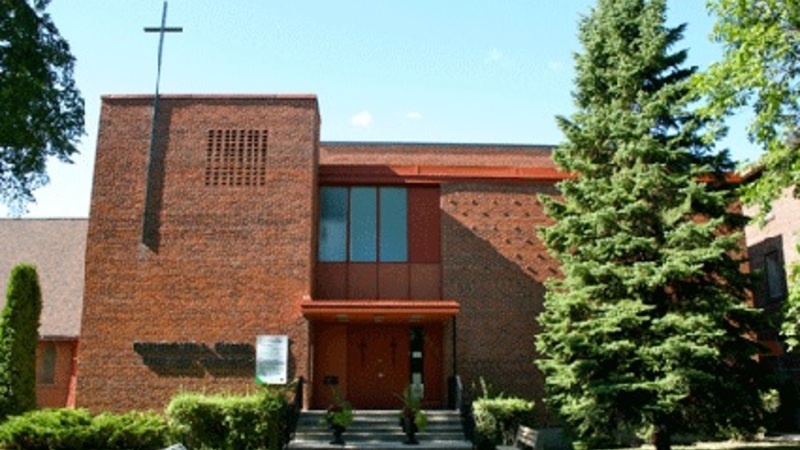 The Great Reset or New World Order or whatever you may wish to call it is ultimately anti-human at its core. As such, normalizing the Culture of Death is a key ingredient in the implementation of a total control apparatus.

It is no coincidence that abortion and fetal tissue research, transgenderism and its alarmingly high suicide rate and euthanasia are all flourishing in the new Age of Technocracy. The budding tyranny that just tested its wings with the two-year coronavirus social regime is designed to be murderous.

In North America, Canada is paving the way for the killing of inconvenient lives. It is a road the U.S. ruling establishment is itching to follow. The Christian Post reported the latest frog-in-boiling-water moment on April 13:


A Canadian church was recently the site of an assisted suicide ceremony held for one of its members diagnosed with ALS, better known in the U.S. as Lou Gehrig’s disease.

Churchill Park United Church of Winnipeg became the first church in Manitoba to host the controversial practice, which it described as a “Crossing Over Ceremony,” last month for 86-year-old Betty Sanguin.

As The Winnipeg Free Press detailed, the minister involved openly cooes: Church is a cozy place to kill yourself:


[Dawn] Rolke, a reverend for more than 25 years, says the idea of MAiD [medical assistance in dying] in the church felt natural for her because of her previous work and time spent in chapels as a spiritual care provider in hospitals and personal care homes.

"There were conversations about (MAiD) happening in the chapels as a safe space," she says. "My involvement in hospitals with their warm, hospitable chapels, I think that’s what helped me visualize it."

MAiD has been seamlessly incorporated into Canada's official health care bureaucracy. It is now regarded as just another medical procedure offered to the general public:

The word normalize is actually referenced by the supportive family in the Winnipeg Free Press account of the tragedy:


"There was a lot of openness about it; the idea that this call could be made when and if she ever felt ready," says Renée. "They normalize it as much as they can. My mom knew it was available and it was her decision, on her terms and in her own time. She didn’t have to feel that she was doing this for anybody but of her own complete and total volition."

As ceremonial church suicide is going on north of our border, the Biden administration is poised to strip doctors of right to not perform morally repugnant "medical care.” Leftist establishment news site Politico reported April 19:


The Biden administration is preparing to scrap a Trump-era rule that allows medical workers to refuse to provide services that conflict with their religious or moral beliefs, three people familiar with the deliberations told Politico.

“So-called.” This is how the regime’s media outlets prepare the terrain:


The so-called conscience rule, unveiled in 2018 and finalized in 2019, was blocked by federal courts after dozens of states, cities and advocacy groups sued, and has never been implemented.

Had it gone forward, it would have allowed doctors, nurses, medical students, pharmacists and other health workers to refuse to provide abortions, contraception, gender affirming care, HIV and STD services, vasectomies or any procedure to which they object.

It should come as no surprise that Biden administration Secretary of Health and Human Services Xavier Becerra was hailed for his strident defense of euthanasia in California when he served as the state’s attorney general from 2017 until leaving for Washington in January 2021. The officials of an installed presidency are not selected haphazardly. The National Catholic Register reported in February 2021:


President Joe Biden’s nominee for Secretary of Health and Human Services (HHS) received the praise of pro-euthanasia organizations during his time as attorney general of California.

Xavier Becerra, who has served as California’s attorney general since 2017, was praised by pro-euthanasia groups as he fought in court to preserve the state’s assisted suicide law, the End of Life Option Act.

When the Riverside County Superior Court in 2018 overturned the law — finding that the state legislature unlawfully passed it during a 2015 special session — Becerra filed an appeal objecting to the court’s decision.

In June, 2018, the Fourth District Appellate Court sided with Becerra and the state of California and stayed the superior court’s decision, reinstating the End of Life Option Act.

Becerra called the ruling “an important step to protect and defend the End of Life Option Act for our families across the state.”

Pro-euthanasia forces were overjoyed at Becerra’s labors on their behalf:


“We appreciate Attorney General Becerra’s efforts in this legal battle that already has lasted 3-1/2 years, but we will not rest until we win this case outright on behalf of terminally ill Californians who depend on this law to ensure they can die peacefully,” said Kevin Díaz, the chief legal advocacy officer for Compassion & Choices, in Jan., 2020.

Kim Callinan is president/chief executive officer of Compassion & Choices, "the nation’s largest and oldest nonprofit organization dedicated to improving and expanding healthcare options to empower everyone to chart their end-of-life journey." She penned an op-ed published in the Gettysburg Times on April 19. For Compassion & Choices, the alarming spike in dementia among older Americans presents a priceless opportunity to push euthanasia:


Nearly half of all older adults now die with a dementia diagnosis, up more than one-third (36%) in just the past two decades, according to a new study published in the Journal of the American Medical Association.

As we have discovered cures or treatments for many diseases over the last century that used to be life-threatening, life expectancy has increased, and more people are dying with and from dementia. In short, medicine can prolong how long the body lasts, but not the mind.

The solution: Activate the Kill Card:


However, the default mode within our medical system is to extend the patient’s life, regardless of the quality of life, even for people with advanced dementia....

However, more than nine out of 10 Americans (92%) agree that a person should “have the legal right to put in writing in advance that they want their caregiver and medical team to stop medical treatments when they are at a specific stage of dementia,” according to a 2018 survey by NORC and the University of Chicago commissioned by my organization.

Judgment calls will have to be made:


While every person does have a legal right to forgo treatments, operationalizing this desire is not clear-cut. Dementia is a progressive disease: it’s not always obvious to loved ones the point at which their loved one would want to forgo treatments. Is it when they no longer recognize you, even if they seem otherwise happy? Is it only if they get violent? Or perhaps it takes multiple factors (e.g., can no longer eat, speak, dress themselves or carry on a conversation)?

Callinan urges readers to fill out a handy "Dementia Values and Priorities Tool" form available on her group’s website to help guide relatives on when you want them to kill you if you become too uncommunicative to clearly say so yourself. What could go wrong? Compassion & Choices lists its financial donors in its 2021 annual report in an especially creepy way. There are titled giving tiers.
And so on. The Brave New Values of modern existence are highlighted in the Circle of Dignity category for donors who give $10,000+. Among donors listed are Facebook, the Gay Liberation Fund and the Humanist Fund. Rest assured, the soulless staffers of our approaching Soylent Green world will do all they can to make your putting down as comfortable as possible. From the Winnipeg Free Press article:


"I would say (in a church) was unique. But we were very happy to accommodate this lovely lady’s request," says Colleen Barbour, client care coordinator with the Manitoba MAiD team. "Her family and the church made it all happen."

“Happy to accommodate.” “Made it all happen.” These are the saccharine words a big-box retailer uses to describe customer service outreach. This is what our ruling elites have in mind for us all. Desensitization to and normalized acceptance of one's own de-humanization is the hallmark of the slave.

canchrch by N/A is licensed under Screen Grab N/A