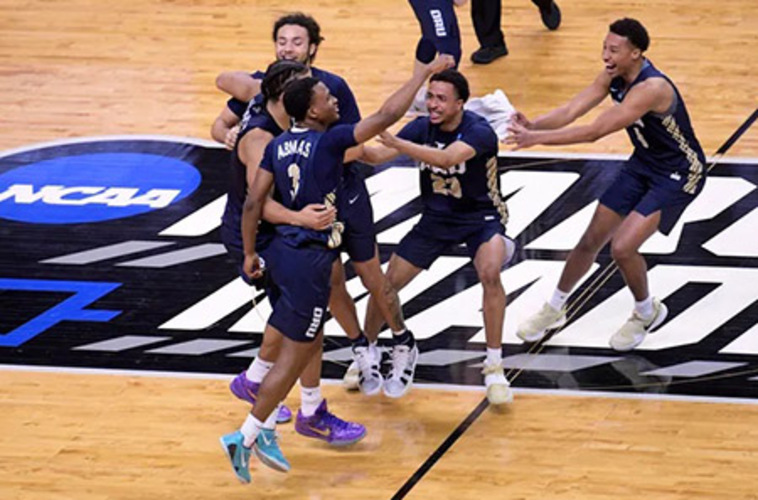 The cancel culture mob seems to be mad all of the time, including now during March Madness. Consider the fever afflicting one maven of the movement at USA Today.

The Golden Eagles needed last-second heroics in its last two Summit League conference tournament games just to get into the NCAA tourney.

In the first round of the NCAA's South Region, the 15th-seeded Golden Eagles upset second-seeded Ohio State in overtime. ORU then defeated the Florida Gators in a second round game that also went down to the wire.

Oral Roberts is only the second 15 seed in tournament history to reach the Sweet 16. The Golden Eagles play No. 3 seed Arkansas on Saturday. Another upset would make ORU the first ever 15 seed to reach the Elite Eight.

Hemal Jhaveri, editor and columnist at USA Today's For The Win, believes that Oral Roberts should not be allowed to compete in the tournament because of the university's Biblical beliefs.

A private Christian school based in Oklahoma and founded by televangelist Oral Roberts, ORU has an honor code that prohibits students from engaging in pre-marital sex, homosexuality or same-sex marriage.

ORU coach Paul Mills, who has a masters degree from the Dallas Theological Seminary, reads a verse from Psalms before every game: Give thanks unto to the Lord, for He is good.

“Now, as Oral Roberts gains national attention, the focus shouldn’t just be on their very good men’s basketball team, but on their prejudiced teachings and moral regressiveness,” wrote Jhaveri in her piece aimed at canceling Oral Roberts.

“The NCAA has always been more about paying lip service to ideals of equality and inclusion than action, but Oral Roberts inclusion in the men’s tournament proves how little they actually care about those words, which are emblazoned on their basketball courts.”

Jhaveri went on to argue that ORU’s stance on LGBT issues was “nothing short of discriminatory and should expressly be condemned by the NCAA.”

“The fact is, any and all anti-LGBTQ+ language in any school’s [policies] should ban them from NCAA competition,” she argued. “However accomplished its young student athletes are, the school is a hotbed of institutional transphobia, homophobia with regressive, sexist policies.”

Jay Maxson, of the Media Research Center's Newsbusters, said Jhaveri is a “would-be moralistic referee” who engaged in “anti-Christian hatred.”

“USA Today is obviously out of touch with the First Amendment and the right of religious liberty,” wrote Maxson.

Maxson argues that “[a]ttacking the values of Christian universities is now an annual rite and ritual of March Madness media coverage.”

“During March Madness two years ago (there was no tournament last year due to the covid pandemic), Deadspin spewed the same kind of anti-Christian bigotry against Liberty University, the school they called the ‘most hateable’ in the Big Dance. Liberty lost in the first round of this year’s tournament and was spared of another brutal media assault,” Maxson wrote.