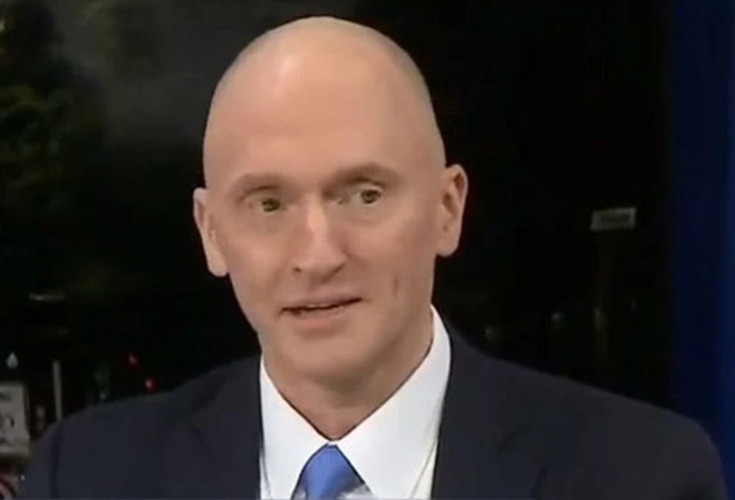 A 2016 Trump campaign associate who was surveilled by the FBI during the Russia collusion investigation has filed a $75 million lawsuit against the FBI and Department of Justice.

Carter Page named former FBI officials James Comey, Andrew McCabe, Peter Strzok, Lisa Page, and Kevin Clinesmith in the lawsuit which claims the FBI and DOJ violated Page's constitutional "and other legal rights in connection with unlawful surveillance and investigation of him by the United States Government."

"This case is about holding accountable the entities and individuals who are responsible for the most egregious violation and abuse of the [Foreign Intelligence Surveillance Act] FISA statute since it was enacted over forty years ago," the complaint states.

The FBI had relied heavily on information from the bogus dossier authored by ex-British spy Christopher Steele and paid for by Hillary Clinton's campaign and the Democratic National Committee.

The lawsuit cites four requests the FBI filed to the Foreign Intelligence Surveillance Court in an effort to obtain more information on Page as part of its "Crossfire Hurricane" investigation. A 2019 Justice Department inspector general report found that the FBI made a number of significant errors in its applications.

“This case is about holding accountable the entities and individuals who are responsible for the most egregious violation and abuse of the FISA [Foreign Intelligence Surveillance Act] statute since it was enacted over forty years ago,” Page’s attorney Leslie McAdoo Gordon wrote in the filed complaint.

“Since not a single proven fact ever established complicity with Russia involving Dr. Page, there never was probable cause to seek or obtain the FISA Warrants targeting him on this basis.”

View the complaint filed by Page in full here