Case against Bannon dismissed, but not before Obama-appointed judge implies he was guilty 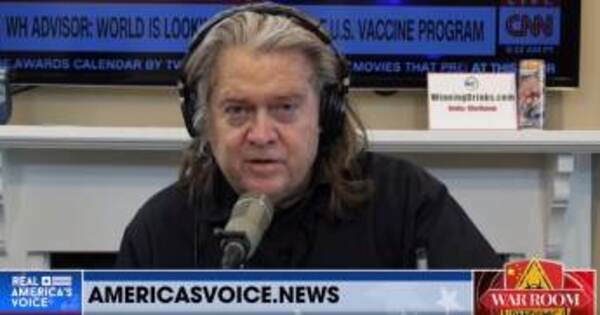 stvbanon by N/A is licensed under Screen Grab N/A
N/A
by WorldTribune Staff, May 25, 2021

Bannon was accused of defrauding donors to a fund to privately-built wall along the U.S.-Mexico border.

U.S. District Judge Analisa Torres in Manhattan said dismissal was "the proper course" in light of the pardon, which Bannon received in the final hours of Trump's presidency.

Torres, an Obama appointee, said the pardon was valid, and that even if Bannon did not formally admit guilt "the issuance of a pardon may carry an imputation of guilt; acceptance a confession of it."

That premise of that famous quote, from the Supreme Court case of Burdick v. United States, has been questioned by some legal experts who argue the other function of the president’s pardon power to hold a check on prosecutorial power, Gateway Pundit noted in a report on the decision.

Torres noted the Trump pardon’s imputation of guilt has been recognized in several other cases.

“For instance, in 1833, Chief Justice John Marshall wrote that, ‘[a] pardon is an act of grace, proceeding from the power intrusted with the execution of the laws, which exempts the individual on whom it is bestowed, from the punishment the law inflicts for a crime he has committed,’” Torres wrote.

Prosecutors had previously objected and said the indictment against Bannon should stand despite President Donald Trump's decision to issue a pardon of his former adviser.

Bannon was "thrilled" with the indictment's dismissal, his lawyer Robert Costello said after speaking with him.

"She certainly got the result right," Costello said, referring to the judge. "A pardon doesn't rewrite history.... But in this case, we're dealing with a person who is presumed innocent by the Constitution of the United States and whose plea was not guilty, and nothing changes that history either."

stvbanon by N/A is licensed under Screen Grab N/A