vxhrt by N/A is licensed under Screen Grab N/A
by WorldTribune Staff, June 28, 2022


The Centers for Disease Control and Prevention (CDC) confirmed increasing incidents in 2021 of individuals dying from blood clotting after receiving a Covid vaccine with known links to increase blood clotting risk, but did not alert the public for months, newly obtained emails show.

In April of 2021, officials recommended a nationwide pause on use of the Johnson & Johnson vaccine, produced by its subsidiary Janssen, after six women experienced thrombosis with thrombocytopenia syndrome (TTS), a condition involving low platelet levels and blood clots. Three of these six women died.

Nevertheless, officials reported the vaccine safe and allowed resumed administration of the vaccine.

However, the numbers continued to increase, garnering recognition even among CDC officials, who appear to have disregarded mounting reports of health events in the Vaccine Adverse Event Reporting System (VAERS).

Dr. Tom Shimabukuro, MD, the CDC’s Deputy Director of the Immunization Safety Office, informed colleagues in mid-October of 2021 that five such deaths had occurred. These deaths had transpired by August of that year.

On Dec. 2, 2021, Shimabakuro informed colleagues there and at the Food and Drug Administration (FDA) , “We have confirmed a 9th TTS death following Janssen vaccination,” according to emails obtained by The Epoch Times through a Freedom of Information Act request.

On Dec. 14, the FDA urged healthcare workers against administering the vaccine to people with certain conditions due to the TTS risk.

On Dec. 18, Dr. Isaac See, MD, a CDC official with the Vaccine Safety Team, informed the public of the nine deaths, during a meeting.

Release of these emails adds to mounting evidence, centering around Dr. Shimabukuro, that CDC and FDA officials knowingly concealed from the public information concerning health risks associated with the Covid vaccines.

On Oct. 22, 2020, more than a year before these newly disclosed emails were composed and well ahead of the vaccine rollout, Drs. Shimabukuro and the FDA’s Steven Anderson, MD, in separate presentations at the FDA’s 161st meeting of the Vaccines and Related Biological Products Advisory Committee recognized numerous possible adverse reactions, while at the very same time advancing their slides too quickly for the lists to be seen.

Digital recording, however, captured these images.

Each lists numerous adverse reactions, including multiple forms of thrombosis and other potentially fatal side effects, including myocarditis and stroke, which have flooded the VAERS and national reporting systems in other countries. 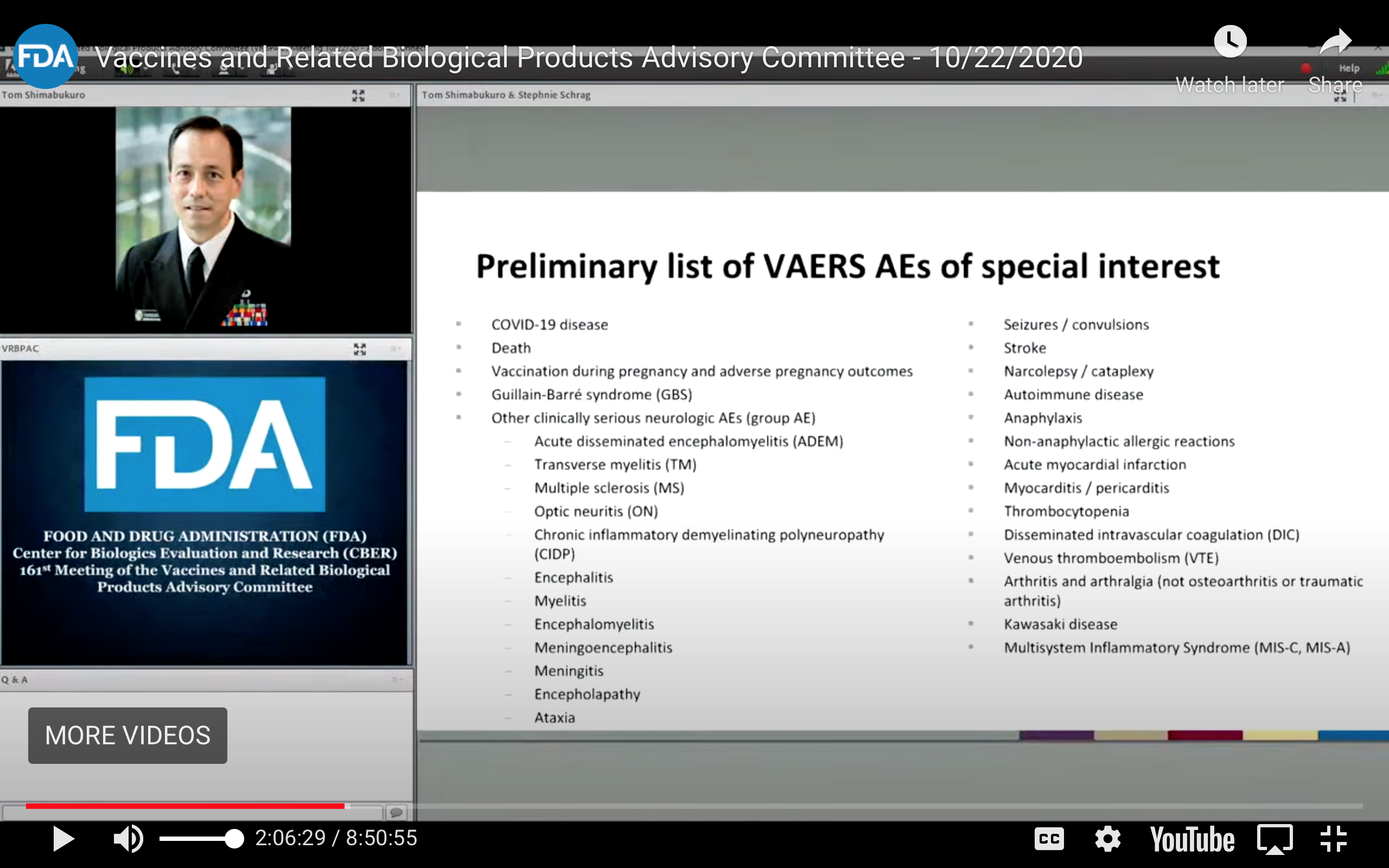 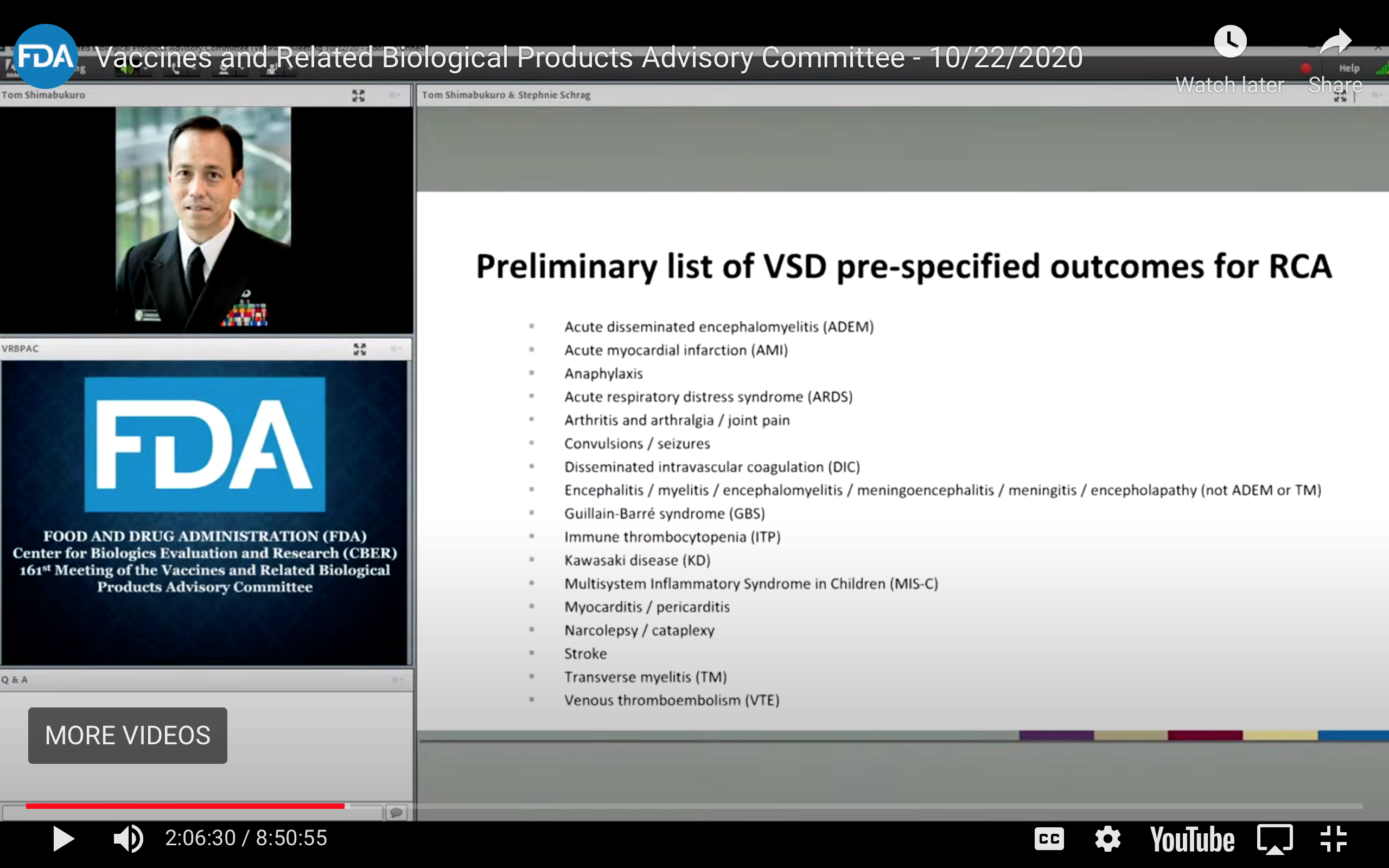 Dr. Steven Anderson, MD, Director of the FDA’s Office of Biostatistics and Epidemiology: 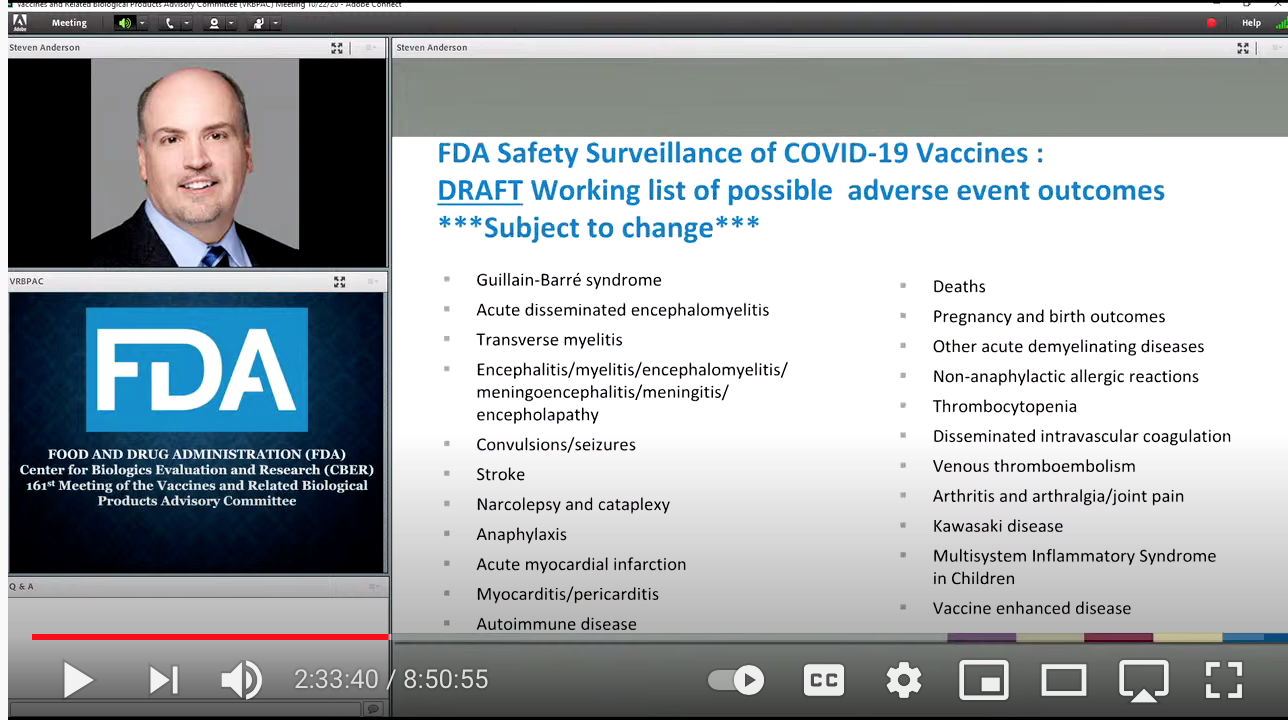 vxhrt by N/A is licensed under Screen Grab N/A

Victor Davis Hanson: The ‘FBI is beyond redemption’