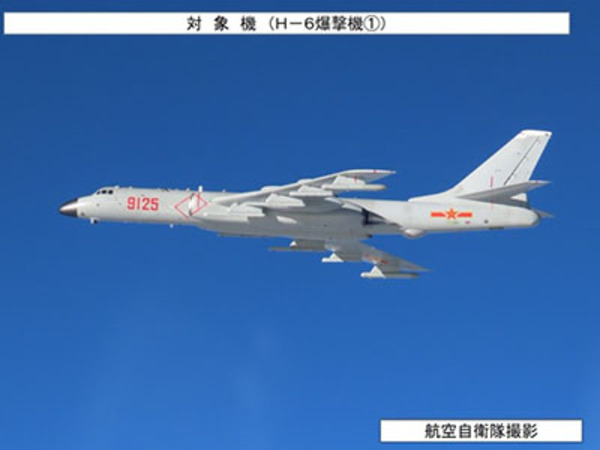 The exercises sustained concerns that Russia will provide military assistance to a potential Chinese attempt to invade Taiwan.

These were likely the newer H-6K variant seen in most such coercive exercises, a version that can carry up to six CJ-20 1,500-kilometer range nuclear warhead armed land attack cruise missiles (LACMs).

The H-6K can also carry up to 36 precision-guided munitions (PGMs), meaning this H-6K strike package could attack Taiwan with up to 108 LACMs or up to 648 PGMs.

PLA Naval (PLAN) operations were tracked by the Japanese Self Defense Forces starting on Dec. 12, when a Type 815 Dongdiao-class signals intelligence ship cruised down the West side of the Ryukyu Islands and then though the Miyako Strait.

Then on Dec. 15, the Japan Ministry of Defense reported that a PLAN carrier battle group was also transiting close to the West side of the Ryukyus to the Miyako Strait.