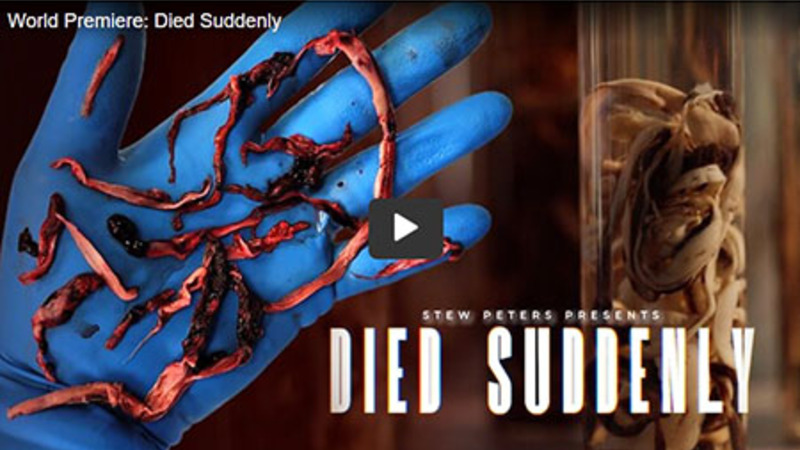 The new documentary "Died Suddenly", which explores the potential connections between the Covid vaccines and the ongoing reports of "sudden" and "unexpected" deaths, has been viewed over 10 million times.

In the documentary, produced by Stew Peters, professional embalmers and funeral directors go on record as saying that something very strange is going on in their business of evaluating cause of death. They have told the filmmakers that what they have seen in dead bodies lately is absolutely not normal.

The documentary also noted that Big Media has refused to even entertain the idea of a link between the increase in deaths and vaccines, instead labeling all inquiries as “conspiracy theories.”

(Died Suddenly can be viewed in its entirety on Rumble)

dsuddn by N/A is licensed under Video Image N/A