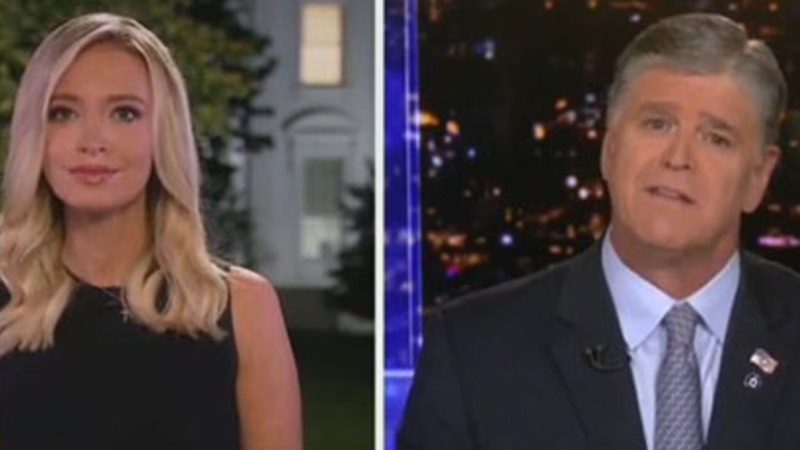 Hannity continued: “2- Yes, impeachment and the 25th amendment are real and many people will quit.”

McEnany responded: “Love that. Thank you. That is the playbook. I will help reinforce.”

In another partial exchange, Hannity said it was “key” to keep Trump away from certain people, writing, “No more crazy people,” to which McEnany responded, “Yes, 100%.”

Asked by Kuhner what had happened to Fox News, Wood said Fox like the other corporate media was a “Deep State operation” which had been a wolf in sheep’s clothing until election night, 2020. None of the conservatives hosts have been allowed to address evidence of widespread election and voting data fraud, he said.

Wood in recent years has been an outspoken Christian and in the past year has called for forensic audits in all 50 states with the admonition “Fix 2020 or Bust!!!”.

The texts between Hannity and McEnany were included in a letter from the Jan. 6 Committee to Ivanka Trump.

Hannity texted Kayleigh a five point plan for talking to Trump on January 7th Two of the points: 1. No more stolen election talk 2. Yes, impeachment and the 25th amendment are real, and many people will quit Kayleigh responds with “Love that. Thank you. That is the playbook” pic.twitter.com/PqOeG6ZWTb

hanmcen by N/A is licensed under Video Image N/A