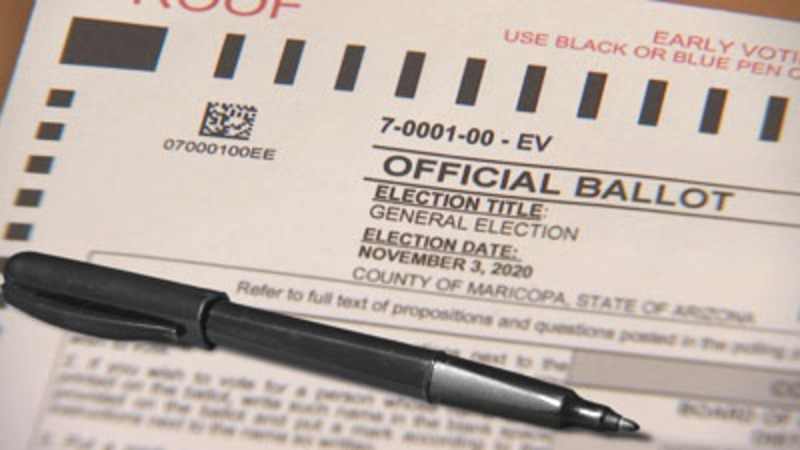 The chairwoman of the Maricopa County Republican Party said she personally witnessed votes from President Donald Trump in Arizona being counted as votes for Joe Biden when input into Dominion Voting Systems machines.

Linda Brickman testified before members of the Arizona State Legislature on Nov. 30 that she witnessed “more than once” Trump votes default and shift to Biden when votes were entered into Dominion machines from ballots that couldn’t be read by the machines.

“I observed, with my Democratic partner, the preparation of a new ballot, since the original one was soiled, or wouldn’t go through the tabulators. I read her a Trump Republican ballot, and as soon as she entered it into the system, the ballot defaulted on the screen to a Biden Democratic ballot,” Brickman said.

Brickman said that when she reported the issue to election supervisors, others in the room also commented that they had “witnessed the same manipulation.”

Brickman alleged that she was later threatened by election supervisors at the Maricopa County Tabulation and Election Center (MCTEC) for speaking out about what she had witnessed.

“We were never told what, if any corrective action was taken,” Brickman continued. “All I know is the next day, I was called outside the room that I was working in for signature verification by a supervisor who said, ‘I understand you caused some problems this week and you thought our machines were not working correctly.’

“I was told at that point in time that I could not discuss anything or talk about what was going on.”

“Many people were threatened,” Brickman told the hearing. “They were told that their voices would be suppressed, they would have to leave the room and not work there again. I’m here because I think this is our duty to speak the truth.”

She said that no explanation was given about the errors. “We could see the machines but we could not see or observe the software behind the machine to confirm what had really gone on,” she added.

“There were at least 30 ballots that I saw at one time, that were signed by the same handwriting but on different voters’ names,” Brickman testified. “When I asked if the county attorney would be alerted for possible fraud, I was told ‘no,’ that supervisors would take care of it.”

One of the most “egregious” irregularities, Brickman said, was the turning away of Trump votes as duplicated votes or “overvotes” because the voter checked both the bubble for Trump on the ballot but also wrote in the president’s name under the write-in candidate.

“This would continue on as an overvote, which means no vote was counted at all despite the policy having been changed to allow these overvotes. Supervisors contradicted their own policies where the [voter’s] intent was clear,” she said.