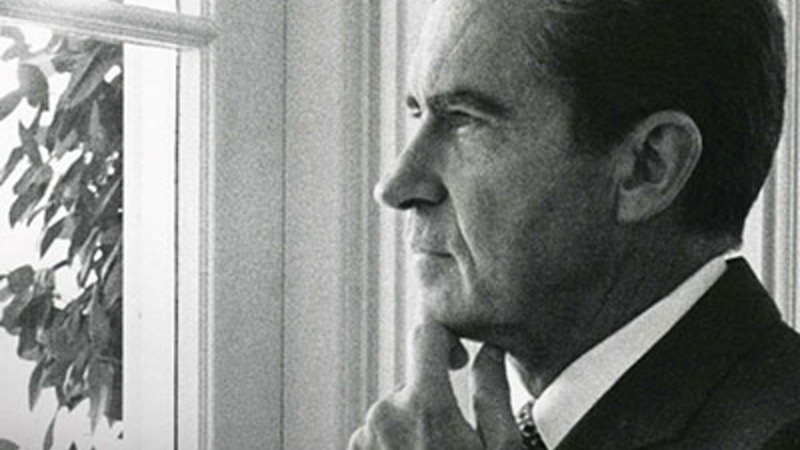 The secret prosecutor in the Watergate scandal used a bogus “road map” similar to the anti-Trump “dossier” to convince a grand jury to indict key Watergate figures and eventually bring down President Richard Nixon, a former Nixon aide says in a new book.

“They knew it was a lie, and they made it up,” said Geoff Shepard, author of "The Nixon Conspiracy: Watergate and the Plot to Remove the President".

Shepard writes in the book, which was released on Tuesday, that he has a special request of the DOJ: “an apology.”

The road map was never revealed to Nixon’s defense team and was sealed until 2019, when Shepard said he got it released. It is a central piece of the book, published by Bombardier Books, Washington Examiner columnist Paul Bedard noted on Nov. 22.

According to the description of the book on Amazon, Shepard exposes "corrupt collusion between prosecutors, judges, and congressional staff to void Nixon’s 1972 landslide re-election. Their success changed the course of American history."

Shepard, the youngest lawyer on Nixon’s staff, personally transcribed the Oval Office tape in which Nixon appeared to authorize getting the CIA to interfere with the ongoing FBI investigation, and even coined the phrase “the smoking gun” to describe the tape.

Shepard, who turned on Nixon after initially hearing the tape, said he changed his mind when he realized that Nixon was running through options in the Watergate scandal, not approving a hush payment.

Getting the public to even consider the idea that Nixon might not have done what he was accused of will be his toughest task, Shepard admits. “Nobody cares. Every Republican you know has made their peace with the Nixon situation decades ago. It’s so obvious that it's undeniable. But the public doesn't want to hear it. The politicians don't want to hear it. The news media doesn’t want to print it.”

Shepard said he discovered that several members of the Watergate Special Prosecution Force, then headed by prosecutor Archibald Cox, improperly left the group with their documents. In some, they described how they worked with the anti-Nixon judge in the case, John Sirica, to bring down Nixon.

Shepard is asking the Department of Justice Office of Professional Responsibility to investigate his allegations and hopes it will lead to reversals of the convictions of key Nixon aides. He cited a similar case of prosecutorial misconduct that forced a court in 2009 to set aside the conviction of former Alaska Sen. Ted Stevens.

“The Watergate prosecutions occurred decades ago, but the prosecutorial wrongdoing was truly overwhelming — perhaps because there was no effective DOJ oversight of the Watergate Special Prosecution Force,” Shepard wrote in a letter to the DOJ.

“Once their hero Archibald Cox had been fired in the Saturday Night Massacre, they adopted a ‘scorched earth’ approach to investigate and prosecute anyone associated with the Nixon administration. The Department of Justice owes it to itself — as well as to the American public — to look into what resulted,” Shepard.

During his search into Watergate, Shepard has become the authority on the Watergate scandal and has posted all relevant documents online for others to research.

nixonconsp2 by N/A is licensed under Screen Grab N/A