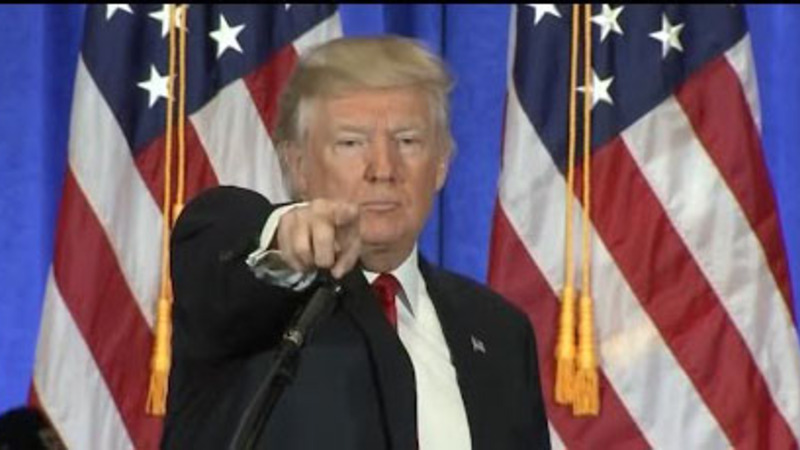 It was their lifeblood for the better part of four years. President Donald Trump was in bed with the Russians. He was a Russian agent doing Vladimir Putin's bidding. A day did not go by without the mention of "collusion."

Of course, as independent media had known all along, it was all bogus. Yet Big Media continued to force feed it to the public on a daily basis.

Now, as the truth emerges, and Hillary Clinton and her loyalists seek cover, the narrative chorus has fallen silent on Trump-Russia.

A Friday court filing by special counsel John Durham shows the extent to which Clinton operatives went to smear Trump and his associates as agents of Russia.

The filing noted that Michael Sussmann’s fellow Clinton campaign lawyer, Marc Elias, commissioned the Steele dossier, which falsely accused Trump of colluding with Russia in order to win the 2016 election.

Those media outlets gleefully ran with what Sussman and Elias fed them at the time.

After Friday's filing by Durham was made public, Big Media showed no interest.

"The nakedly partisan criteria used by the corporate media to make news judgements is not only outrageous and unprofessional but foreign to what being an American journalist once meant," said Robert Morton, president of the Free Press Foundation.

Trump said in a statement: "Can you imagine that, what should be the biggest story of our time, bigger than Watergate, is getting absolutely no mention, ZERO, in The New York Times, Washington Post, ABC Fake News, NBC Fake News, CBS Fake News, ratings-dead CNN, and MSDNC. This in itself is a scandal, the fact that a story so big, so powerful, and so important for the future of our Nation is getting zero coverage from LameStream, is being talked about all over the world."

Trump continued: "Just like they wouldn’t talk about the many Biden corruption scandals prior to the Election, (or for that matter now!), they won’t talk about this, which is potentially even bigger. It shows how totally corrupt and shameless the media is. Can you imagine if the roles were reversed and the Republicans, in particular President Donald Trump, got caught illegally spying into the Office of the President? All hell would break loose and the electric chair would immediately come out of retirement. The good news is, everybody is talking about not only this atrocity against our Nation, but that the press refuses to even mention the major crime that took place."

Ohio Republican Rep. Jim Jordan told "Fox & Friends": “Yep, there was spying going on, and it was worse than we thought because they were spying on the sitting ​p​resident of the United States. And it goes right to the Clinton campaign. So God bless John D​urham​.

Durham's investigation "is taking a long time," Jordan added. "But we’re getting to ​now what we all suspected. The only thing we didn’t understand was it was worse than we thought​."

"It doesn’t matter really which political campaign this is or which political party this is. This is so wrong and allegations of such ​a ​level of illegal activity that goes directly to our faith in our own government that the truth must be found​," Turner said on Fox News’s "Sunday Morning Futures."

“I think that what we see is not just political shenanigans or opposition research that you would see in the normal campaigns where people are trying to find information out about their opponents​,” Turner said. ​"This is where ​the ​government is being used, where information that’s political opposition research that is false is being made up, is trying to be placed into the government, into the FBI, to undertake criminal investigations that are absolutely false."

fknews by N/A is licensed under Video Image N/A