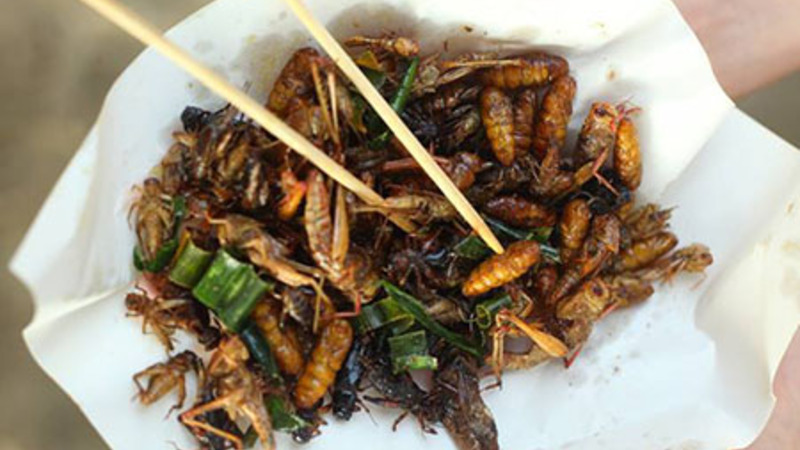 "You will all eat ze bugs and like it," to paraphrase the vision of World Economic Forum (WEF) founder Klaus Schwab and the "birds of a feather" elites who flocked to Davos, Switzerland.

As part of its 2023 Global Risks Report, the WEF is directing that humans "transition to net-zero, nature-positive food."

Schwab proclaimed as the 2023 event opened in Davos, Swtizerland that the WEF will “shape the future.”

The future envisioned by the WEF includes minimal meat and maximum "zero-emissions food" — like bugs — as consumers' main source of protein.

Conservative commentator Glenn Beck said it is all a part of "the Great Reset," the agenda proposed by the WEF in 2020 which urged leaders to take advantage of the Covid pandemic to restructure the "world order" to bring about a leftist Utopia.

The WEF’s plan is to impose “such a burden on the dairy and cattle industries that it renders them impossible to function, paving the way for a new insect industry,” Beck said.

It is already happening in the Netherlands, the EU's largest food exporter.

“Moreover, without nitrogen fertilizer, it will be impossible for cattle farmers to produce enough food to feed their cows,” Beck noted. “This is an impossible burden for farmers to bear, and they often capitulate and sell their land to the government, paving the way for a burgeoning insect industry. Is it any coincidence the EU is pushing for insects as a means of ‘food sufficiency’ and combatting climate change?”

In the United States, there is a growing push from the Left for a "beef tax" which would disincentivize beef consumption and incentivize alternative "sustainable" protein sources...like bugs.

“If the global environmentalists have their way, this major U.S. industry will be wiped out, wreaking havoc on our economy,” Beck said. “Yet this government control over the ‘everyday person's’ consumption is all too tantalizing.”

“If a billion people stop eating meat, I tell you, it has a big impact. Not only does it have a big impact on the current food system, but it will also inspire innovation of food systems…” Hagemann said.

.@Siemens Chairman Jim Hagemann Snabe at #wef23: "If a billion people stop eating meat, it will have a big impact ... I predict we will have proteins that don't come from meat in the future, they will probably taste even better ... They will be zero carbon and much healthier" pic.twitter.com/wno0Ar49hf

zebugs by N/A is licensed under Screen Grab N/A