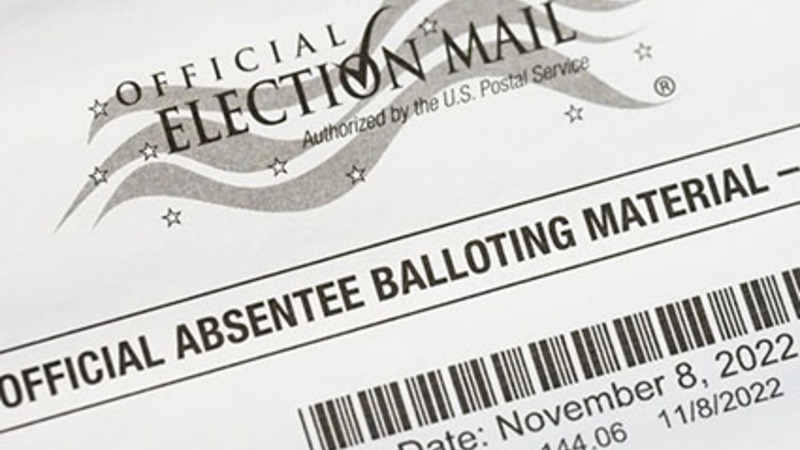 Saratoga County Supreme Court Justice Dianne Freestone on Friday ruled that allowing New York residents to vote by mail due to fear of Covid is unconstitutional.

Freestone said that the Democrat-controlled state legislature "appears poised to continue the expanded absentee voting provisions of New York State Election Law … in an Orwellian perpetual state of health emergency and cloaked in the veneer of 'voter enfranchisement.' "

Rejecting arguments made by a lawyer for the state Board of Elections at a hearing earlier this month, Freestone said that “there are uncounted reasons for this Court to second-guess the wisdom of the Legislature.”

The judge stopped short of invalidating absentee ballots that have already been cast. Instead, the judge ruled that officials will have to “preserve” the ballots until after Election Day or the resolution of a pending suit filed by state and local Republican and Conservative Party leaders.

The state’s Democrat leaders have appealed the ruling and moved for a stay, which could temporarily block the order from going into effect during the appeals process.

The judge's ruling could lead to the overturning of a state law that blocks people from changing their mail-in votes by showing up to cast in-person ballots on Election Day. That scenario, analysts say, could hurt Democrat Gov. Kathy Hochul, who’s been losing ground to Republican challenger Lee Zeldin in recent polls.

Last year, New York voters rejected a proposed constitutional amendment that would have allowed no-excuse absentee voting. But the Democrat-led legislature subsequently enacted a measure that allowed people to vote by mail if they feared catching Covid if they voted in person. That expansion of absentee voting is set to expire at the end of this year.

A spokesperson for the state Board of Elections said Friday, “Our office is still reviewing the ruling and its impact on the upcoming election.”

Meanwhile, in Arizona, as Republican Kari Lake continues to extend her lead over Democrat Katie Hobbs in the race for governor, a local news outlet "mistakenly" published a widget on Thursday showing Hobbs winning the race by a significant margin.

According to the outlet, Fox 10, the graphic was generated by The Associated Press and was a "mistake."

Fox 10 said in a tweet: "This graphic was never meant to go on air — the numbers were only part of a test. The station has taken steps to make sure this cannot happen again."

But, as others noted, given that Lake is up by 11 points in the latest polls, wouldn't a mistakenly-released graphic have Lake as the winner?

“This coming legislative session I will be introducing a bill to hold news outlets accountable should they interfere with Arizona’s election and/or disenfranchise Arizona voters like this in the future” pic.twitter.com/BJX7OwVLMW — Kari Lake (@KariLake) October 28, 2022

vote22bal by N/A is licensed under Screen Grab N/A