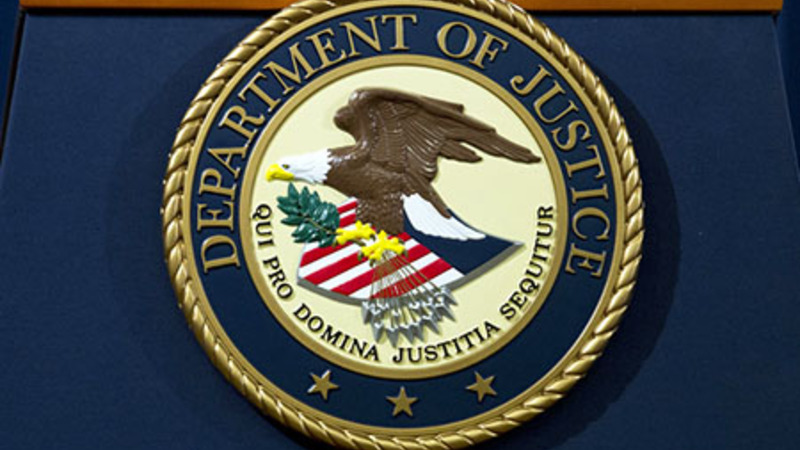 An election integrity watchdog group said the Department of Justice's plan to ensure the 2022 midterm elections will be fair is focused on Republican-led states.

In carrying out this "selective enforcement," the Foundation for Government Accountability (FGA) said the DOJ's hope "is to get through the midterm election ... before the full scope of this scheme comes to light."

The DOJ's plan states that the Civil Rights Division will conduct monitoring in the field on Nov. 8 and that Civil Rights Division attorneys will be prepared to receive complaints that day. It also said prosecutors at the Public Integrity Section will be on duty while polls are open to take election integrity complaints and that the DOJ is prepared to hear complaints about intimidation at the polls and practices that have a "discriminatory purpose or a discriminatory result."

FGA Legal Director Stewart Whitson said the plan is more like a bid by the DOJ to prop up Democrats' chances, adding that the DOJ is unlikely to reveal more for fear of revealing its partisan bias.

"The administration knows that any evidence that is revealed that would suggest that one or more federal agencies, in carrying out this executive order, are engaging in partisan activity aimed at benefiting the left would open the order up to legal attack by state attorneys general," Whitson told Fox News Digital. "Their hope is to get through the midterm election and then the presidential election in 2024 before the full scope of this scheme comes to light."

Whitson said the FGA has been trying for months to force Attorney General Merrick Garland's DOJ to hand over its strategic plan for implementing Joe Biden’s executive order on voting access. FGA sued for access to the plan. So far, the DOJ has only released a heavily redacted copy.

"The problem with the complete lack of transparency on the part of DOJ is no one, including the more than fifty members of Congress who’ve demanded answers, knows exactly what DOJ’s Civil Rights Division is doing to carry out" Biden's executive order, Whitson said. "This is deeply concerning, especially in light of the restaffing of the division with left-wing ideologues committed to opposing any and all state election integrity measures, no matter how sense they make."

Mastriano has the support of former President Donald Trump.

Crossroads established the Senate Leadership Fund in the 2016 election cycle to help boost Republican Senate candidates upon the recommendation of McConnell, according to the Wall Street Journal.

The ad puts Shapiro's record on crime against that of Pennsylvania U.S. Senate candidate John Fetterman, also a Democrat. Shapiro is currently the attorney general of Pennsylvania.

"225 times, Josh Shapiro voted against the criminals," declares a female in the ad. "But Fetterman voted to release them — that's nuts," exclaims a second. "Fetterman is way more radical than Shapiro," says a third.

Former GOP Senate candidate Kathy Barnette criticized the ad on social media: "Have yall seen the new 'Republican' PAC commercial that says Shapiro is NOT as bad as Fetterman?. Yeah, that just happened, but carry on."

Rove told Fox News there's a "weird dynamic" in Pennsylvania where Shapiro and GOP Senate candidate Mehmet Oz are being viewed as the "more centrist candidates," while Mastriano and Fetterman are seen as the "extremists outside of the mainstream."

doj22mid by N/A is licensed under Screen Grab N/A