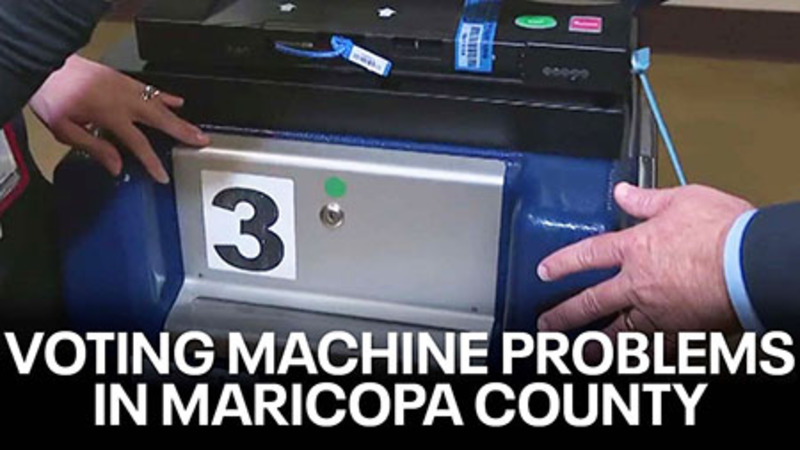 The voting machines went down. The tabulators failed. The paper ran out. The printer settings were wrong.

"Welcome to the Banana Republic of Biden," independent journalist Emerald Robinson noted of Tuesday's vote which only reinforced the Uniparty's power to "rig the elections against Trump-aligned candidates."

The few remaining objective reporters in Big Media even admitted that voting machines were malfunctioning across America.

As Robinson noted in a substack.com analysis: "The machines were all 'down' in Mercer County, New Jersey. They were full of 'mishaps' in Harris County, Texas and in Chesterfield County, Virginia and in Bell County, Texas and in Suffolk County, New York. At least 20% of all the machines were 'not working' throughout Maricopa County, Arizona. They 'ran out of paper' in Luzerne County, Pennsylvania. In fact, 'officials say that roughly 44 polling locations in Luzerne County ran out of paper to print ballots.' Of course, it’s completely normal on Election Day for 44 polling places to run out of paper simultaneously."

The morning after, the majority in Big Media who long abandoned objectivity were telling Americans that “late arriving mail-in ballots” are still to be counted in order to decide elections in Arizona, Nevada, and elsewhere.

Notice any spikes in these charts? 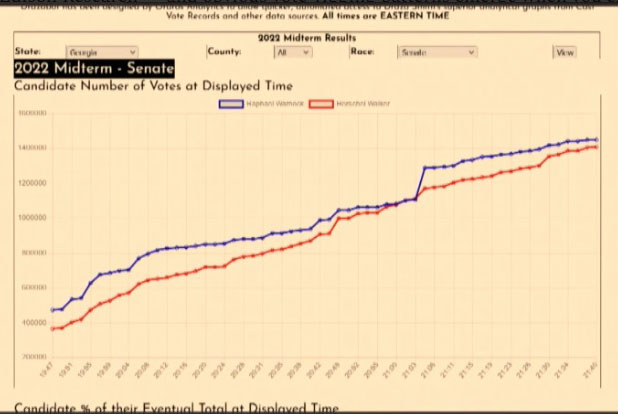 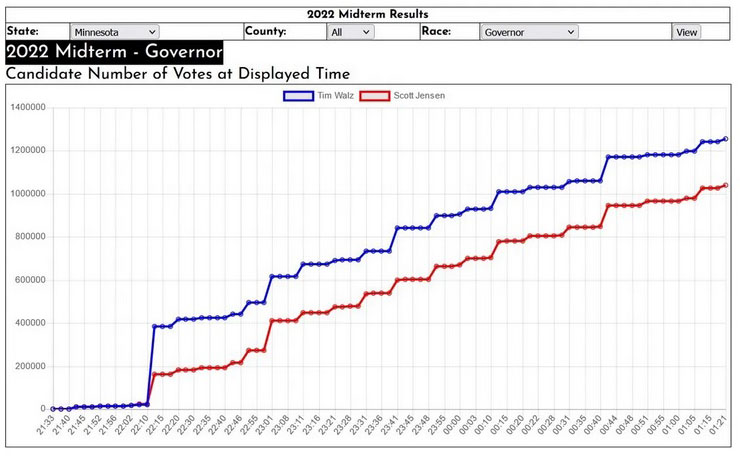 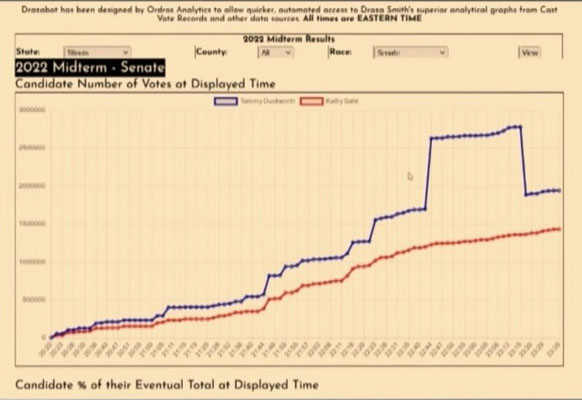 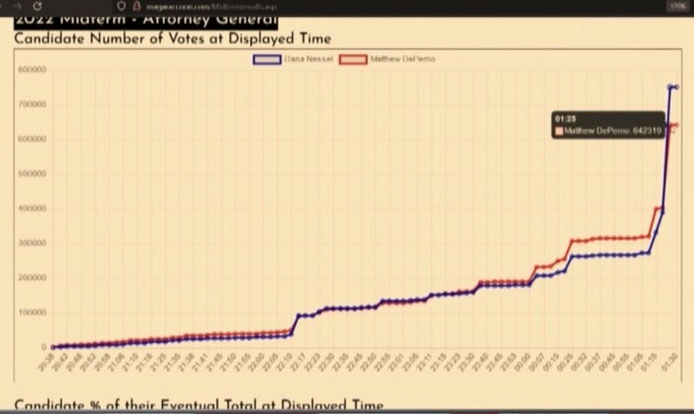 Robinson concludes: "Just watch all the corporate media stories about malfunctioning machines get wiped from the Internet in the coming days. How do I know this will happen? This is not my first rodeo — and it’s not yours either."

malfunct by N/A is licensed under Screen Grab N/A

New book: How Pennsylvania overcame a 700,000-vote deficit against Trump