Everyone seems to have Crypto-Fever, but what are 'blockchain' and 'bitcoin mining' all about? 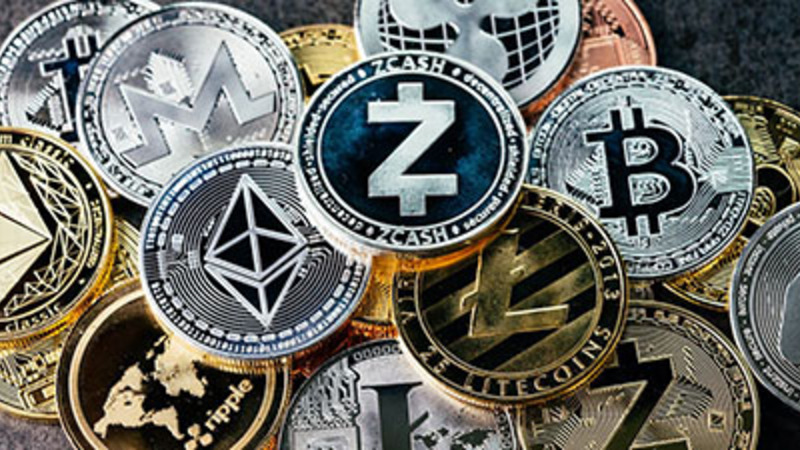 Bitcoin and other cryptocurrencies are the latest gold rush spawned from the world’s digital transformation. They’ve lit a fire under monetary systems across the globe and challenged our understanding of wealth and value. Individuals, corporations and governments alike have all seemingly been struck by “crypto-fever,” yet few people actually understand what cryptocurrency actually is.

What exactly is the “blockchain?” Why did China ban all forms of cryptocurrency last month?

What does it mean when Hydro Quebec asks the government to allow it to use some power for “Bitcoin mining?” Is this technology to be feared or heralded as the future of money?

What Is Cryptocurrency and Blockchain Anyway?

Cryptocurrency (or crypto) is a medium exchange for goods and services just like any other currency, except that it is completely digital.

A unit of cryptocurrency is usually referred to as a coin or token.

Cryptocurrency is backed by a technology called blockchain. The blockchain is simply an immutable digital ledger distributed across many different computers. Each of these computers collectively manage and record transactions to the digital ledger. Every new transaction (or block) added to the blockchain must depend on some information from the previous transaction. This property leads to the fundamental appeal of cryptocurrency: all transactions are permanently recorded and allow two parties to exchange money without a trusted third-party (such as a bank or escrow), and at the same time is completely anonymous.

Each block on a blockchain is marked by a unique number called a “hash.” This hash is generated by a complex “one-way” mathematical function (called a “hash function”) from the field of Cryptography, hence the namesake crypto. The function guarantees a single, unique output of a certain size for any unique input of arbitrary length. Modern hash functions produce outputs comprised of 256 binary digits, which means that a function can uniquely identify 2256 -1 inputs.

For example, the phrase “World Tribune” hashed by the SHA-256 algorithm, which is also used by Bitcoin, evaluates to (given in hexadecimal): “59a7a0c4e367d0b11636e9ed9bc4d40d492187b674ad1bccdbd84c2fa81e5dfe.” A good hash function makes it virtually impossible to determine what the input text was when only examining the output number, similar to how one-way streets only allow traffic to flow in one direction. In blockchain, the hash for a new transaction is determined by the output of the hash function using the combination of some metadata about the transaction, a random number and the hash of the previous transaction block.

“Miners” are those who add new blocks to the blockchain. They do this by expending computing power to calculate the result of the hash function for a new transaction. However, the system sets a “target” hash for miners to find which limits the rate at which new blocks can be added. Since it is virtually impossible to determine what input created this target hash, miners must iterate through the entire integer space (about four billion possible inputs) for a chance to find the lucky number which creates the target hash. The first miner who achieves this is awarded with some coins. For Bitcoin, the current reward is 6.25 BTC, valued at $380,000. This reward is halved every 210,000 blocks (about every four years), and the difficulty of computing a new block increases every 2016 blocks (about every two weeks). This is done to limit the supply of distributed Bitcoins and prevents inflation. Since the total of number of Bitcoins is finite, the increasing difficulty simulates scarcity, not unlike how finding new gold deposits becomes increasingly rare.

A good analogy: California used to be very rich in gold deposits. At first it was very easy to find gold freely deposited in rivers and in sand. As more gold miners rushed over the years, the difficulty of finding gold increased, eventually to the point where the resource was exhausted. Bitcoin works in the same way.

This means that more competing miners increase the energy required to compute the next block. Thus, for a big organization or region with access to cheap electricity, Bitcoin mining can be very lucrative, but for small players the chance of obtaining a block can be astronomically low.

Super computers provide an advantage. In Bitcoin mining, the goal is to compute the next block as fast as possible and it is a race against all other miners. Access to many fast computers increases the probability of successfully winning the race. If we imagine that all computers have the same capabilities and take the same time to compute a block, then having access to more computing resources increases the likelihood you will be the first. Many small players opt to join “mining pools,” in which they contribute computing resources to a collective. If one member of the pool earns a coin, the reward is split across all members of the pool.

As the most widespread crypto, the total energy consumed by all Bitcoin miners exceeds that of Argentina, and is expected to grow. Much of the energy usage comes from large computing warehouses, with intense cooling demands and computer turnover. On average, a single Bitcoin miner must compute an algorithm about four billion times. These computations take some energy to compute; the processors and motherboards, etc. all require power to operate. Additionally, cooling computers, especially at scale, is very energy-intensive. There are millions of datacenters with thousands of miners, and each requires high energy cooling (large fans, air conditioners, refrigerators, etc).

Recently, this has lead to backlash against Bitcoin due to its environmental cost and a push towards less computationally expensive alternatives such as Etherium.

Because they are an unregulated, anonymous means of exchange, governments are naturally hostile towards cryptocurrencies.

Of the major world powers, China has been the most antagonistic towards crypto, finally concluding its crusade last month by completely banning all cryptocurrency transactions. Last year, China accounted for over 75% of miners and this has now winded down to less than 46%. The Chinese crackdown has allowed the United States to become the world leader in Bitcoin mining and reinforces the decentralized nature of the currency. But the motivations behind China’s actions reflect the global attitude towards crypto, and regulators cite the criminal and illegal uses of crypto as justification to bear down upon it.

In April 2020, China piloted a national digital currency and plans to use it to fill the domestic crypto-void in the near future.

The European Union and U.S. are following too with research towards digital alternatives. Whatever the regulatory future holds for crypto, this breakthrough technology has changed our perception of value and relationship with money.

In China, mining was mostly done by citizens as a means to decouple themselves from the Chinese state. Bitcoin offers anonymity and is unregulated by the Chinese state, which removes its financial power over its citizens (partly the reason it has been banned).

China has access to cheap electricity and cheap computers, which allowed for the rapid growth of mining. Further, the Chinese silicon manufacturing industry is advanced enough to provide special computer chips that are uniquely designed solely for Bitcoin mining at a cheap cost.

North Korea may have some state-sponsored mining operations as a means to access hard currency, especially since it can be easily exchanged for U.S. dollars. The North Korean state has a history of pulling various schemes to access U.S. dollars and other currencies (super dollars, offshore casinos, etc.).

Regarding the larger issue of how the U.S. Federal Reserve and the major central bankers using the U.S. dollar regard crypto and whether it poses a threat to China's long-term financial strategy – in fact it likely gives the Chinese an advantage since they have already invested in a domestic cryptocurrency set to launch next year, whereas the West is still working on how to regulate and fit these currencies into their legal and economic frameworks.

The Chinese state is not bound by free market principles and can outlaw challenges to its financial dominance at whim. It is hard to foresee what the long-term implications are. At the moment, the U.S. earns the most Bitcoin; however, what advantage that brings is hard to say.

crypto by N/A is licensed under Screen Grab N/A