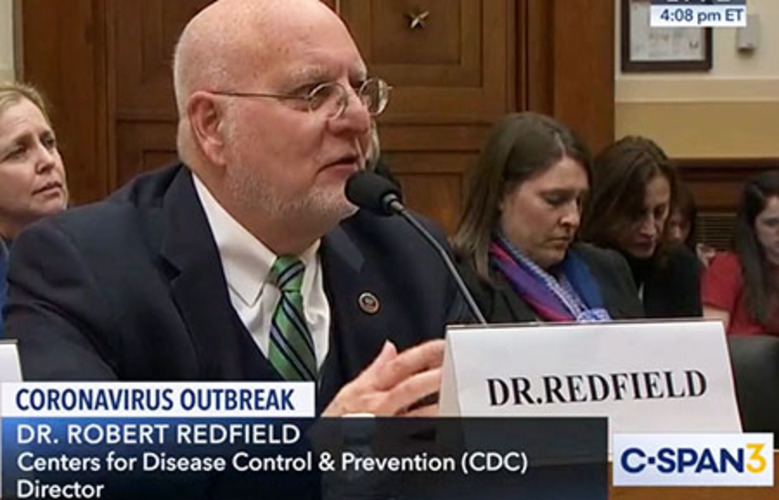 Robert Redfield, former director of the U.S. Centers for Disease Control and Prevention (CDC) said he believes the coronavirus originated from a Chinese laboratory.

“I’m of the point of view that I still think the most likely etiology of this pathology in Wuhan was from a laboratory — escaped,” Redfield told CNN on Friday. “Other people don’t believe that. That’s fine. Science will eventually figure it out.”

However, the geopolitical implications of the virus having originated in a lab controlled by the Chinese Communist Party regime are monumental, leading some analysts to suggest that the last year's global catastrophe could have been a bioweapon attack, i.e., a weapon of mass destruction.

Not only did the coronavirus take a massive global death toll, but it resulted in the overhaul of mail-in ballot laws which disrupted the 2020 U.S. presidential election. If the evidence showed China was responsible, their action could be deemed foreign interference.

Former Secretary of State Mike Pompeo has said there is “enormous evidence” that covid originated in a Chinese lab, likely at the Wuhan Institute of Virology.

“These are not the first times that we’ve had a world exposed to viruses as a result of failures in a Chinese lab,” Pompeo told ABC News earlier this month.

“Remember, China has a history of infecting the world,” Pompeo said, likely referring to the Chinese Communist Party's cover-up of the SARS outbreak in the early 2000s.

A World Health Organization (WHO) team in early February claimed that the coronavirus likely did not originate in a laboratory, but investigative reports found that China put limits on the team's research abilities and instructed members of the team not to speak to the media.

China has resisted calls for a totally independent investigation.

In the CNN interview on Friday, Redfield said that “it’s not unusual for respiratory pathogens that are being worked on in a laboratory to infect a laboratory worker. Normally, when a pathogen goes from a zoonot to human,” he added, “it takes a while for it to figure out how to become more and more efficient in human to human transmission.”

As a result, Redfield said he believes the virus most likely “was from a laboratory” in Wuhan, China, that “escaped.”

Redfield said he believes the pandemic began as a localized outbreak in Wuhan in either September 2019 or October 2019, months earlier than the official timeline.

Communist officials in China claimed the virus was first discovered in December 2019 and emerged at a wet market in Wuhan, about 10 miles from the Wuhan Institute of Virology.