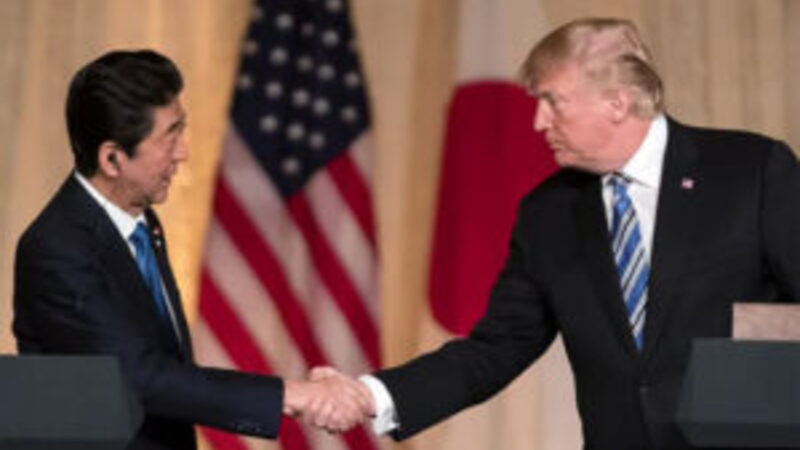 There’s a significant sea change affecting Japanese defense policy. Some would say it’s the result of a political tsunami. Others would argue it’s a long overdue wake up call.

After years of scrupulously keeping within the limits of its post-war constitution, and maintaining self-imposed norms of keeping military spending at 1 percent of GDP, the Tokyo government has green-lighted a doubling of defense spending and taken a more assertive political stance on the global stage.

The doubling of defense expenditures, from one to two percent within five years, may not sound like much but before anyone smirks, the increase makes Japan’s military budget the world’s third largest, only behind the United States and communist China!

Talismans for change in Tokyo’s policies include the enduring missile threat from nearby North Korea and China’s widening military shadow over Taiwan and the South China Sea.  Russia’s war against Ukraine, refocused the threat from policy hypotheticals to a clear and present danger facing Japan itself.

A new National Security Strategy has emerged. Japanese Prime Minister Kishida visited Washington and met with President Joe Biden in what’s described as “a historic moment for our  Alliance, the Indo-Pacific, and the world.”

A Joint Statement affirmed, “Our security Alliance has never been stronger.”

Significantly the partners agreed, “the importance of maintaining peace and stability across the Taiwan Strait as an indispensable element of security and prosperity in the international community. We encourage the peaceful resolution of cross-Strait issues.”

It added, “President Biden commended Japan’s bold leadership in fundamentally reinforcing its defense capabilities and strengthening diplomatic efforts.” Japan’s emboldened stance at the United Nations, as a non-permanent member of the Security Council, and its unequivocal statements on North Korea are a clear example.

For a generation, policy analysts decried Japan as an economic giant with feet of clay. Others viewed a prosperous Japan as getting the proverbial “free ride” from the United States through the Mutual Defense Treaty, where American military forces defended Japan while the Japanese factories turned out improved products often devastating U.S. companies.

Back in the 1980’s, I recall the focus of U.S./Japan relations reflected on trade deficits and how to convince the Japanese to assume a greater share of their own defense responsibilities.

First, a bit of history. Following the defeat of militarist Japan in 1945 at the end of WWII, the United States- led occupation under General Douglas MacArthur had the foresight to establish a democratic constitution enshrining free political parties, land reform, women’s suffrage, a free press and trade unions. Controversially, the constitution created a working parliamentary system but retained the emperor, in this case wartime Hirohito, as a figurehead  and symbol of the state.

Equally the Constitution’s <em>Article 9</em>, viewed as the “no war clause” forbade Japan having a formal military force and outlawed war as a policy option.  Thus Japan was given a legal reason, many would say excuse, to avoid costly defense spending as the Cold War was heating up, especially in nearby Korea and China.

Thus, Japan redoubled its efforts on rebuilding and economic growth. The results produced the economic miracle.

In recent years, during the tenure of nationalist Prime Minister Shinzo Abe, the political tide was turning towards a more assertive geopolitical stand. The widening missile threat from North  Korea and China’s ominous moves towards both the South China Sea and Taiwan were openly discussed. Moreover Prime Minister Abe’s particularly close friendship to President Donald Trump formed the foundation for the current expansion; Both men agreed on creating a militarily strong Japan as a counterweight to China. Abe was tragically assassinated last year.

Nonetheless Japan’s more muscular defense role must not be unilateral but placed in the wider context of East Asia;  Partnering with countries like South Korea, the Philippines, and Indonesia, all of whom suffered at the hands of the Japanese militarists during WWII.

The Washington Statement stressed, “We commit to strengthening vital trilateral cooperation among Japan, the Republic of Korea, and the United States, in security and other domains.”

Yet while Washington provides the cornerstone of Japan’s defense relationships, the Tokyo government is widening its diplomatic partnerships in Europe to help in its efforts to deter China militarily. Equally Japan looks to India, a fellow democracy, as a counterbalance to China.

Kishida is not putting all his eggs in the Biden basket.

John J. Metzler is a United Nations correspondent covering diplomatic and defense issues. He is the author of Divided Dynamism the Diplomacy of Separated Nations: Germany, Korea, China (2014). [See pre-2011 Archives]
abetrump by N/A is licensed under Video Image N/A