Facebook on Tuesday notified WorldTribune.com of a 24-hours suspension earlier this week, stating that an article in which Vaccine Safety Research Foundation executive director Steve Kirsch was cited as saying that the medical establishment is ignoring vaccine deaths "goes against our standards on misinformation that could cause physical harm."

WorldTribune.com Editor and Publisher Robert Morton said it was the "first ever" suspension by Facebook. "They normally just heavily suppress reach, send the occasional warnings and block sharing with Covid tags."

The extent to which social media companies and the Covid overlords in Washington, D.C. go to control the Covid narrative has been laid bare by Alex Berenson.

Berenson reported on Friday on how Team Biden sought to influence Twitter in an effort to have him thrown off the platform, despite the social media giant internally admitting he hadn’t broken any rules to trigger a ban.

“Biden Administration officials asked Twitter to ban me because of my tweets questioning the Covid vaccines,” Berenson wrote on his Substack. “Even as company employees believed I had followed Twitter’s rules, internal Twitter communications reveal.”

The administration wanted him booted because he was the source of several claims they had judged to be “misinformation,” according to Berenson.

In an interview with Fox News host Tucker Carlson on Monday, Berenson said he plans to sue to the Biden administration. 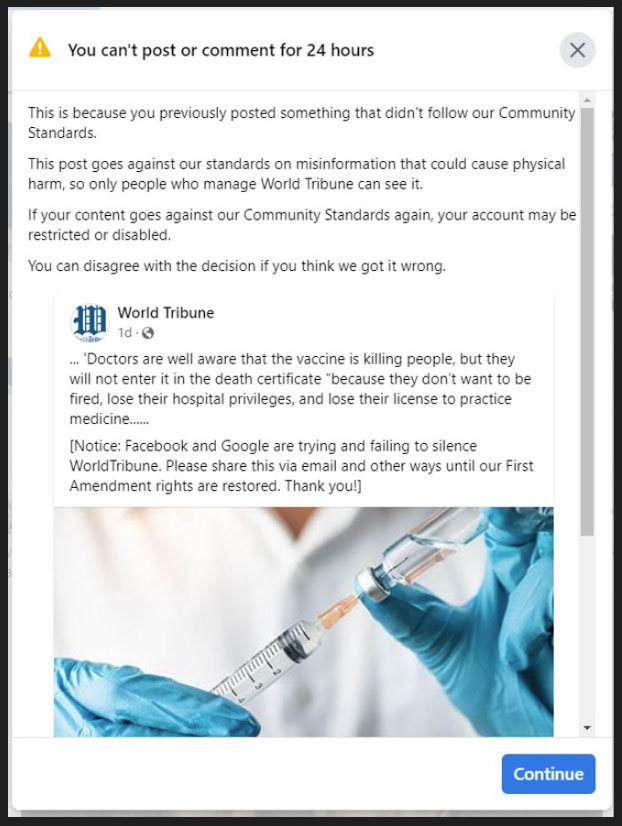 vxhrt2 by N/A is licensed under Screen Grab N/A