Files: Twitter warned Democrats and media that their Russia narrative was fake 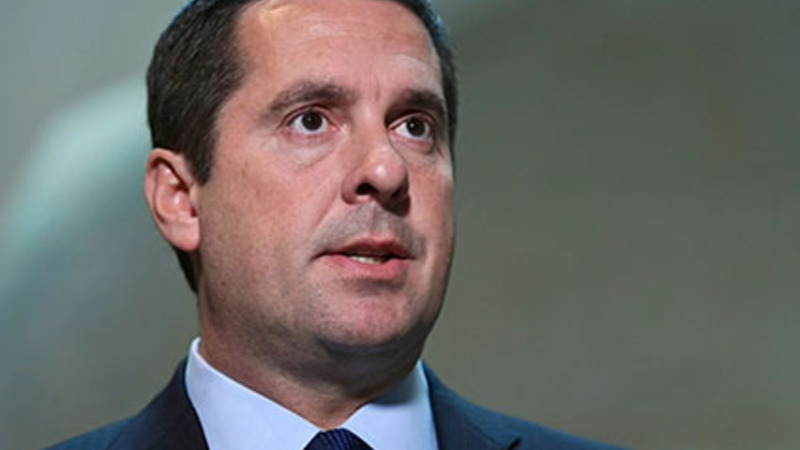 Newly released emails from the Twitter Files show how Democrats and their media allies knowingly pushed a false narrative in an attempt to discredit Republican Rep. Devin Nunes’s memo which cast doubt on the Trump-Russia collusion investigation.

The Democrats and Big Media claimed in posts to Twitter that Russian bots were responsible for bolstering claims in the report by Nunes, who at the time was chairman of the House Intelligence Committee.

Democrats continued to push the narrative even though Twitter had informed them the Kremlin had no involvement in the issue.

Part 14 of the Twitter Files, released on Thursday by journalist Matt Taibbi, “are devastating to Dems' Russia collusion narrative as they show liberal lawmakers pushing false info about the Nunes memo,” Nick Givas reported for Just the News on Jan. 12.

The Democrats cited as having been involved in pushing the false narrative are Sens. Richard Blumenthal of Connecticut, and Dianne Feinstein of California, and Rep. Adam Schiff of California.

Despite the fact that the assertions made by Nunes in the memo would virtually all be verified in a report by Department of Justice Inspector General Michael Horowitz in December 2019," the national media moved to discredit it with a coordinated effort of negative headlines,” Taibbi noted.

"Twitter warned politicians and media they not only lacked evidence, but had evidence the accounts weren’t Russian – and were roundly ignored," Taibbi noted.

Nunes told Taibbi: "Schiff and the Democrats falsely claimed Russians were behind the Release the Memo hashtag, all my investigative work ... . By spreading the Russia collusion hoax, they instigated one of the greatest outbreaks of mass delusion in U.S. history."

1.THREAD: Twitter Files #14 THE RUSSIAGATE LIES One: The Fake Tale of Russian Bots and the #ReleaseTheMemo Hashtag

devnunes by N/A is licensed under Public Domain C-SPAN