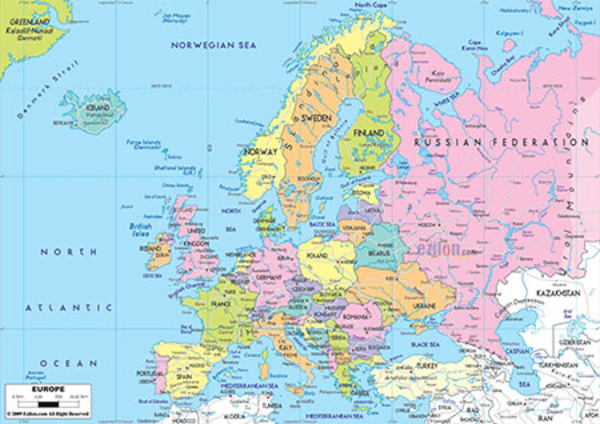 europe by N/A is licensed under Internet N/A
N/A
by WorldTribune Staff, April 17, 2022

“The events in Ukraine have really sent shockwaves through European capitals, east and west,” Bruno Lété, a senior fellow at the German Marshall Fund of the United States (GMF), told JNS.

Prior to the Ukraine conflict, European thinking rested on three assumptions, Lété said: 1) a sense of false security; 2) reliance on the United States for Europe’s defense needs; and 3) a belief among many Western Europeans, diplomats or political leaders that war is obsolete; “that conflict is to be resolved by economics or diplomacy, and large standing armies are something from the past.”

“These three things combined made many European nations conclude that defense spending was not a priority,” he said, which caused them to downplay earlier warnings, like Russia’s invasion of Georgia in 2008 and its seizure of Ukraine’s Donbas region in 2014.

In a Feb. 27 address to the Bundestag, German Chancellor Olaf Scholz said Europe faced a Zeitenwende, or “watershed” moment. He asked: “What capabilities does [Vladimir] Putin’s Russia possess? And what capabilities do we need in order to counter this threat — today and in the future?”

Sweden and Finland have even expressed an interest in joining the North Atlantic Treaty Organization (NATO).

As post-Trump exhilaration has turned to panic, the “starkest change” among European nations is in Germany, both in its view of Russia and its mindset on defense, Rachel Tausendfreund, editorial director of GMF, told JNS.

“Many Germans really were living in a world that was free of danger. Danger was something that happened far away on the other side of the Mediterranean,” she said. “They now understand they can’t solve everything by talking and trading.”

The second change is in attitudes towards Putin, whom they trusted. Public outrage towards the Russian president, together with fears of vulnerability, have put the wind in the sails of German politicians who want to see the country strengthened — “if they can capitalize on it and keep up the momentum,” said Tausendfreund.

In his Feb. 27 address, Scholz announced an injection of 100 billion euros into the 2022 defense budget and a pledge to invest more than 2% of Germany’s Gross Domestic Product (GDP) in defense each year going forward.

Lété said that Europe’s current security architecture, which is shaped by a series of treaties struck since the end of the Cold War, was finished. “All these treaties are gone. Either Russia withdrew from them, or the West withdrew from them,” he said. “The problem right now is that there’s nothing else in their place.”

He said NATO may become much more muscular. Since the end of the Cold War, it was an organization casting around for a mission. That mission has been thrust on it with Russia’s attack. “For 70 to 80 years, NATO’s frontline basically crossed through Germany. NATO would occasionally have some presence in the Baltics and Poland. But we’ve seen now that NATO is recalibrating its military strategy,” said Lété. “This historical frontline that went through Germany is now being pushed to the east. NATO’s new frontline is now going from the Baltics to the Black Sea.”

He added: “We will see quite a lot of change happening from the military perspective, where this eastern front line will be massively reinforced.”