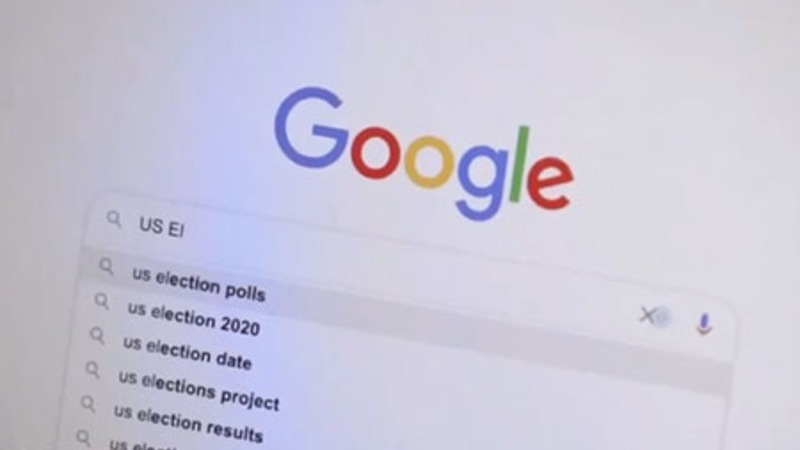 googed by N/A is licensed under Screen Grab N/A
N/A
by WorldTribune Staff, May 6, 2022

Google has attained unprecedented power and now has the ability to "control public policy, swing elections and brainwash our children," an analyst said.

Google has the power “to censor content, to track our every move, to tear societies apart, to alter the human mind, and even to re-engineer humanity,” Robert Epstein, a Harvard-trained psychologist who founded the Cambridge Center for Behavioral Studies, said his analysis, “Google’s Triple Threat.”

"Google has the power to manipulate what you see online, targeting you with certain advertisements and burying search results they’d rather you not see. But can they go so far as to control the outcome of political elections? Absolutely," said Epstein, a senior research psychologist at the American Institute for Behavioral Research and Technology.

According to research by Epstein and his colleagues, Google search results can change people’s opinions and voting preferences, shifting opinions in undecided voters by 20% to 80% in certain demographic groups. Internal emails leaked from Google talk about “ephemeral experience,” and the company makes a point to engineer ephemeral experiences intended to alter the way people think.

Epstein said the research shows Google shifted millions of votes in the 2020 election. In the days leading up to the 2020 presidential election and 2021 Senate runoff elections in Georgia, for instance, researchers preserved 1.5 million ephemeral experiences and more than 3 million web pages, which were sufficient to shift “at least 6 million votes in the presidential election without people’s knowledge.”

Epstein makes a point to state that he leans left politically, but despite Google’s bias working to support the candidates he supported, he can’t applaud it, “because rigorous research I have been conducting since 2013 has shown me how dangerous these companies are – Google-and-the-Gang, I call them.”

The methods Google uses are ephemeral and leave no paper trail, making it very difficult to track and prove, Epstein notes. They occur briefly, then disappear, and include things like a list of suggested videos on YouTube, search suggestions and topics in a newsfeed.

“They affect us, they disappear, they’re stored nowhere and they’re gone,” Epstein says. “It’s the ideal form of manipulation. People have no idea they’re being manipulated, number one, and number two, authorities can’t go back in time to see what people were being shown, in other words, how they were being manipulated.”

Epstein and his team, however, have found ways to track Google’s invisible, almost subliminal, tools, including the search engine manipulation effect (SEME).

According to Epstein: “SEME is one of the most powerful forms of influence ever discovered in the behavioral sciences … It leaves people thinking they have made up their own minds, which is very much an illusion. It also leaves no paper trail for authorities to trace. Worse still, the very few people who can detect bias in search results shift even farther in the direction of the bias, so merely being able to see the bias doesn’t protect you from it.”

Epstein has compiled six steps that he said can help protect your privacy online, noting that he hasn’t received a targeted ad on his computer or mobile phone since 2014 as a result. To take back some of your online privacy, for yourself as well as your children, he recommends:

1. Get rid of Gmail. If you have a Gmail account, try a non-Google email service instead such as ProtonMail, an encrypted email service based in Switzerland.

2. Uninstall Google Chrome and use Brave browser instead, available for all computers and mobile devices. It blocks ads and protects your privacy.

3. Switch search engines. Try Brave search engine instead, which you can access on the Brave browser and will not compromise your privacy and surveil you.

4. Avoid Android. Google phones and phones that use Android track virtually everything you do and do not protect your privacy. It’s possible to de-Google your cellphone by getting an Android phone that doesn’t have a Google operating system, but you’ll need to find a skilled IT person who can reformat your cellphone’s hard drive.

5. Avoid Google Home devices. If you have Google Home smart speakers or the Google Assistant smartphone app, there’s a chance people are listening to your requests, and even may be listening when you wouldn’t expect.

6. Consider using a proxy or VPN (Virtual Private Network). This service creates a buffer between you and the Internet, “fooling many of the surveillance companies into thinking you’re not really you.”

The Big Tech behemoth relies on techniques of manipulation that have never existed before in human history. The free services they provide really aren’t free, Epstein warns: “You pay for with your freedom.”

googed by N/A is licensed under Screen Grab N/A