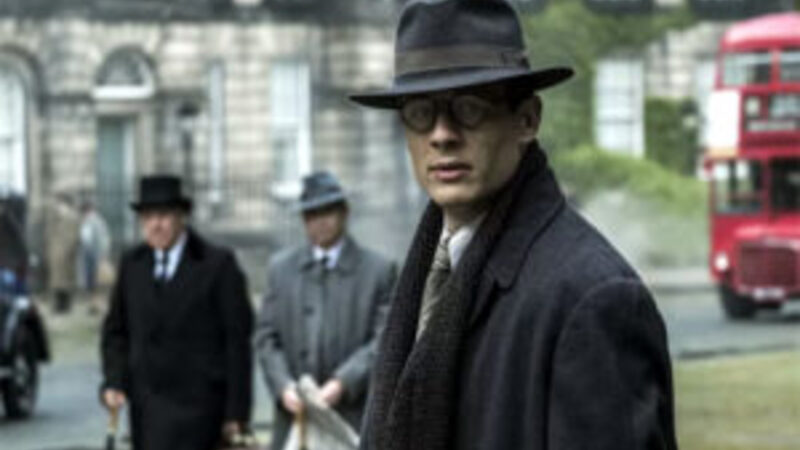 Ukraine is winning the war. Ukrainian leader Volodomyr Zelensky is the modern-day equivalent of Winston Churchill. It is fully necessary for the U.S. to continue sending billions of dollars in cash and military hardware to Ukraine even if there is never a full accounting of where the money goes.

Any news outlet which questions the above narratives, as WorldTribune.com often has, is accused of spreading "misinformation."

The current attempt by Big Media to control the narrative in Ukraine is actually nothing new.

"Mr. Jones," a film released in the U.S. in 2020, exposes the fake news campaign led by a New York Times reporter to suppress a young Welsh journalist's reporting on the 1930s Ukrainian genocide.

The film details the reporting of Gareth Jones, who traveled to the Soviet Union in the early 1930s hoping to interview Joseph Stalin. Instead, Jones would go on to uncover Stalin’s darkest secret, the Ukrainian famine.

Every step of the way, Pulitzer Prize-winning New York Times Moscow correspondent Walter Duranty used his considerable status to publicly attack Jones and deny the existence of the famine.

The film also "breaks important new cinematic ground, introducing mainstream international audiences to the 1932-33 Ukrainian famine for the first time. Known to Ukrainians as the Holodomor, the famine was one of the worst atrocities of the twentieth century, but it has yet to enter the global consciousness in a manner befitting the scale and impact of the tragedy," Serhii Plokhii noted in a July 2020 review of the film for Atlantic Council.

What exactly did Gareth Jones encounter in Ukraine?

Jones had previously reported evidence of food scarcity on the Russian side of the border, but it soon became clear to him that Ukraine was in the midst of a vast and deadly famine.

“In almost every village, the bread supply had run out two months earlier, the potatoes were almost exhausted, and there was not enough coarse beet, which was formerly used as cattle fodder, but has now become a staple food of the population, to last until the next harvest,” Jones wrote in a letter to the editor of the Manchester Guardian newspaper. “In each village I received the same information – namely that many were dying of the famine and that about four-fifths of the cattle and the horses had perished. One phrase was repeated until it had a sad monotony in my mind, and that was: “Vse opukhli” (“all are swollen from hunger”), and one word was drummed into my memory by every talk. That word was “golod”, meaning “hunger” or “famine”. Nor shall I forget the swollen stomachs of the children in the cottages in which I slept.”

Upon leaving the Soviet Union in late March 1933, Jones issued a press release about his recent experiences in what he called the “black earth region” of the Soviet Union. It was picked up by several newspapers, but not The New York Times. Others proved equally unwilling to accept reports of the famine.

The main rebuttal to Jones came from Duranty via an article published in the March 31, 1933 edition of the New York Times.

"This masterpiece of disinformation directly attacked Jones, accusing him of jumping to conclusions on the basis of limited facts and not telling the entire story," Plokhii noted in his review of the film.

“Conditions are bad but there is no famine,” wrote Duranty.

In 2003, Pulitzer considered rescinding the 1932 award to infamous New York Times’ Moscow correspondent Walter Duranty, who was an apologist for one of history’s bloodiest tyrants, Joseph Stalin.

After six months of consideration, the Pulitzer board decided not to rescind Duranty’s prize, explaining at the time that “A Pulitzer Prize for reporting is awarded not for the author’s body of work or for the author’s character but for the specific pieces entered in the competition.”