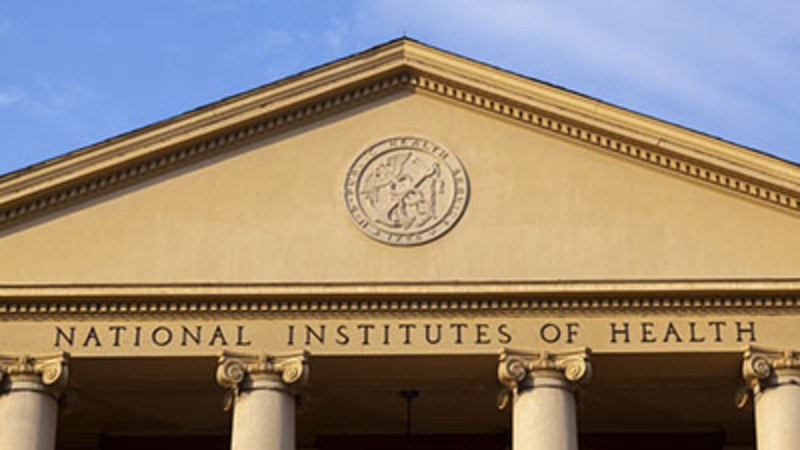 Judicial Watch announced that it received 221 pages of records from the Department of Health and Human Services (HHS) which include a grant application for research involving the coronavirus that was submitted in 2018. The grant application appears to describe “gain of function” research involving RNA extractions from bats, experiments on viruses, attempts to develop a chimeric virus and efforts to genetically manipulate the full-length bat SARSr-CoV WIV1 strain molecular clone.

[S]ome background on our support of the Ecohealth group (Peter Daszak et al), which has for years been among the biggest players in coronavirus work, also in collaboration with Ralph Baric, Ian Lipkin and others. [Redacted].

NIAID has been funding Peter’s group for coronavirus work in China for the past 5 years through [grant] R011R01A|110964: “Understanding the Risk of Bat Coronavirus Emergence.” That’s now been renewed, with a specific focus to identify cohorts of people highly exposed to bats in China, and work out if they’re getting sick from CoVs.… Collaborators include Wuhan Institute of Virology (currently working on the nCoV) and Ralph Baric. The results of the work to date include:

Also, prior to the above R01, Peter’s folks worked under an R01 with Eun-Park as Program Officer on viral discovery in bats, and originally identified SARS-CoV as having a likely origin in bats (published in Science).

Folkers forwards the message to Anthony Fauci and others.

In a “Notice of Award” dated July 13, 2020, the NIH increased the amount of NIH money going to Peter Daszak’s firm, EcoHealth Alliance, by $369,819 with a project period that runs from June 1, 2014, through June 30, 2025, for Daszak’s project “Understanding the Risk of Bat Coronavirus Emergence.”

The award’s writers specifically direct funds “for activity with Wuhan Institute of Virology in the amount of $76,301” and “for activity with Institute of Pathogen Biology [located in China] in the amount of $75,301.” Funds also went to the University of North Carolina-Chapel Hill. The award’s writers also indicate that research associated with the award was also being conducted at East China Normal University in China and to Duke-NUS Medical School in Singapore. The specialists overseeing the award note that, “This award may include collaborations with and/or between foreign organizations.” The specialists also note that award grantees using “Highly Pathogenic Agents” “may warrant a biocontainment safety facility of BSL3 or higher.” The grantee is also required to report “Any changes in the use of the Agent(s) or Toxin(s) including its restricted experiments that have resulted in a change in the required biocontainment level, and any resultant change in location.” The NIH Grants Management Specialist overseeing the award was Shaun W. Gratton and the NIH Program Official was Erik J. Stemmy. Of the 17 “Senior/Key Personnel” assigned as researchers on the project, seven worked at Chinese institutions.

The site locations in an EcoHealth grant application submitted November 5, 2018, for coronavirus research included EcoHealth Alliance in New York City, the University of North Carolina in Chapel Hill, the Wuhan Institute of Virology, and the Institute of Pathogen Biology in Beijing, China. Among the “aims” listed, the applicants write, “We will sequence receptor binding domains (spike proteins) to identify viruses with the highest potential for spillover which we will include in our experimental investigations.” In the third “aim”, they continue “We will use S protein sequence data, infectious clone technology, in vitro and in vivo infection experiments and analysis of receptor binding to test the hypothesis that % divergence thresholds in S protein sequences predict spillover potential.”

In a description of the Wuhan lab, the writers of the application note that, “The Wuhan Institute of Virology is a World Health Organization collaborating center” and had a “long-time (&gt;15 years) partnership with EcoHealth Alliance.”

In his “personal statement” in the grant application, Dr. Peter Daszak writes about his “20+ years of NIH-funded research.” Among his awards, Daszak notes he was a 1999 recipient of the CDC’s “Meritoriouos service award,” had a species of centipedes named after him (“Crytops daszaki”), as well as having a “new parasite species” named after himself (“Isospora daszaki”), and is an elected member of the Kosmos Club in Washington, DC. He also says he’s a member of the U.S. “National Institute of Medicine” which he abbreviates as “NAM.” In his “Contributions to Science,” Daszak notes, “Collaborating with virologists in China, we have isolated and characterized SARS-like CoVs from bats that use the same host cell receptor (AACE-2) as SARS-CoV.”

In a personal biography section of the above grant application, Dr. Shi Zhengli, head of the Wuhan Institute of Virology, notes that one of her ongoing research projects, with a duration of January 1, 2018, to December 31, 2021, and sponsored by the National Natural Science Foundation of China, involves, “Evolution mechanism of the adation [sic] of bat SARS-related coronaviruses to host receptor molecules and the risk of interspecies infection.”

Prof. Ralph Baric of UNC-Chapel Hill also has his biographical information listed in the grant application, and this includes his participation in a 2015 workshop relating to “Trends in Synthetic Biology and Gain of Function and Regulatory Implications”, a 2015 China-US workshop involving “Challenges of Emerging Infections, Laboratory Safety, and Global Health Security,” and participation in a 2014 working group on “Risks and Benefits of Gain of Function Research.” Among Baric’s “major accomplishments” cited was a study involving “reconstruction of civet and bat CoV from in silico sequence, the first reported recovery of recombinant bat viruses, and characterization of host range phenotypes in vitro and in vivo.” Baric writes that “Several CoV infectious cDNA clones are available in the lab, including SARS-CoV, MERS-CoV, conventional human and model CoVs, and several bat CoVs with pandemic potential.”

In the “Application for Federal Assistance,” for the project “Understanding the Risk of Bat Coronavirus Emergence,” the costs for the first year (2019-2020) of the EcoHealth Alliance project application totaled $736,996.

However, in July 2020, HHS wrote a letter to EcoHealth Allince regarding funding:

[T]he NIH has received reports that the Wuhan Institute of Virology (WIV), a subrecipient of EcoHealth Alliance under R01AI110964, has been conducting research at its facilities in China that pose serious bio-safety concerns and, as a result, create health and welfare threats to the public in China and other countries, including the United States.

We have concerns that WIV has not satisfied safety requirements under the award, and that EcoHealth Alliance has not satisfied its obligations to monitor the activities of its subrecipient to ensure compliance.

Therefore, effective the date of this letter, July 8, 2020, NIH is suspending all activities … until such time as these concerns have been addressed to NIH’s satisfaction.

Among the budget items in the EcoHealth grant application, was one for supplies for “bats trapping” and “viral transport media.” The total salary, wages and fringe benefits to be paid to the “Senior/Key Person” over the 5-year project totaled $1,118,565.00.

The Wuhan Institute of Virology’s role in the project, overseen by Dr. Shi Zhengli would include “running RNA extractions for 1,000 bats per year (two samples per bat: rectal and blood) in each year of the project,” costing $6,214 per year. The Wuhan Institute of Virology also requested “support for in vitro experiments using pseudoviruses carrying the spike proteins … or live viruses in cell lines of different origins, binding affinity assays between the spike proteins … and different cellular receptor molecules, and humanized mice experiments.”

In a discussion of their research to date, the grant applicants wrote, “In collaboration with Ralph Baric (UNC), we used the SARS-CoV reverse genetics system … to generate a chimeric virus with a mouse-adapted SARS-CoV backbone expressing SHC014 S protein with 10% sequence divergence from SARS-DoV S. This chimera replicated in human airway epithelium, using the human ACE2 receptor to enter cells … Thus, SARS-CoVs with diverse variants of SL-CoV S protein without deletions in the RBD can use human ACE2 as receptor for cell entry.” [Emphasis in original]

In a discussion of the rationale of one of the aims of the project, the applicants write, “we aim to expand the known diversity of SARSr-CoVs by over 125 strains, targeting 10-25% S protein divergence that we predict infers high spillover risk and evasion of immune therapeutic and vaccine efficacy.” They continue, “We will … construct chimeric SARSr-CoVs using the WIV1 backbone and these S genes as done previously.” They go on, “Construction of chimeric SARSr-CoV viruses: infectious clones with the S gene of novel SARSr-CoVs and the SARSr-Cov WIV1 genome backbone using the reverse genetic system developed in our previous R01.”

In a section titled “P3CO Research”, the applicants write: “Recognizing the implementation of new gain of function research guidelines under P3CO [Potential Pandemic Pathogen Care and Oversight], SARS-CoV and MERS-CoV are subject to these guidelines, and as such, reverse genetic studies are subject to review … Importantly, we are not proposing to genetically manipulate SARS-CoV over the course of this proposal. However, we are proposing to genetically manipulate the full length bat SARSr-CoV WIV1 strain molecular clone during the course of the proposal, which is not a select agent, has not been shown to cause human infections, and has not been shown to be transmissible between humans.” [Emphasis in original]

In an October 31, 2018, letter from the director of the Wuhan Institute of Virology, Dr. Yangyi Wang, to Peter Daszak, president of EcoHealth Alliance, requesting permission to take part in the NIAID funded project, he tells Daszak:

Understanding and preventing exposure and transmission of zoonotic diseases from wildlife to humans remains a high priority for prevention of pandemics. In our discussion with EcoHealth Alliance, we have agreed to participate in activities that will strengthen the ability of China and other countries in the region to respond to epidemic disease outbreaks - particularly those of animal origin. To assist in this study, we will provide participating laboratories in China with human samples both new and archived and support research in bat coronaviruses.

We at Wuhan Institute of Virology, Chinese Academy of Sciences, look forward to our continued collaborations with the EcoHealth Alliance team and working further on this worthwhile study.

In August, Judicial Watch obtained records from the Department of Health and Human Services (HHS) which include an “urgent for Dr. Fauci” email chain which cites ties between the Wuhan lab and the taxpayer-funded EcoHealth Alliance. The government emails also report that the foundation of U.S. billionaire Bill Gates worked closely with the Chinese government to pave the way for Chinese-produced medications to be sold outside China and help “raise China’s voice of governance by placing representatives from China on important international counsels as high level commitment from China.”

In July, Judicial Watch obtained records from NIAID officials in connection with the Wuhan Institute of Virology revealing significant collaborations and funding that began in 2014. The records revealed that NIAID gave nine China-related grants to EcoHealth Alliance to research coronavirus emergence in bats and was the NIH’s top issuer of grants to the Wuhan lab itself.

In June, Judicial Watch announced that it filed Freedom of Information Act (FOIA) lawsuits against the Office of the Director of National Intelligence (ODNI) and the State Department for information on the Wuhan Institute of Virology and the origins of the SARS-CoV-2 virus.

Also in June, Judicial Watch obtained records from HHS revealing that from 2014 to 2019, $826,277 was given to the Wuhan Institute of Virology for bat coronavirus research by the NIAID.

In March, Judicial Watch publicly released emails and other records of Fauci and Dr. H. Clifford Lane from HHS showing that NIH officials tailored confidentiality forms to China’s terms and that the WHO conducted an unreleased, “strictly confidential” COVID-19 epidemiological analysis in January 2020. Additionally, the emails reveal an independent journalist in China pointing out the inconsistent COVID numbers in China to NIH’s National Institute of Allergy and Infectious Diseases’ Deputy Director for Clinical Research and Special Projects Lane.