Hoekstra: U.S. 2020 elections were undermined according to standards OSCE applied to Hungary 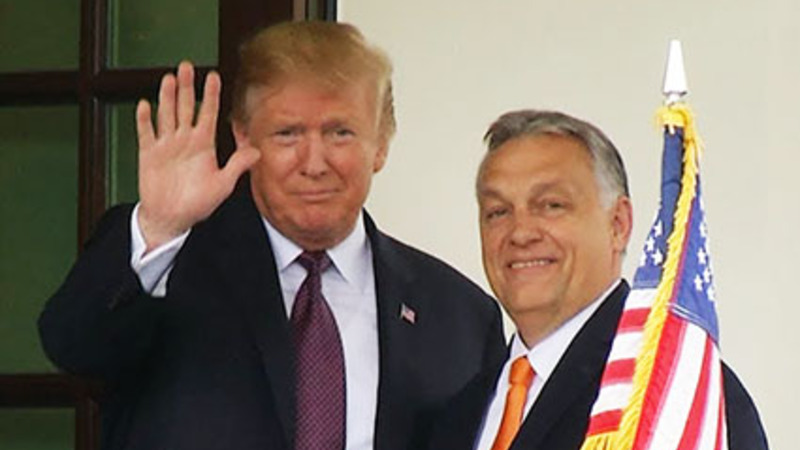 trumporb by N/A is licensed under Video Image N/A
President Donald Trump with Hungarian Prime Minister Viktor Orban at the White House in May 2019.
by WorldTribune Staff, April 22, 2022

Legacy media in the U.S. were quick to condemn Hungary and Prime Minister Viktor Orban after Orban's landslide victory in the April 3 election.

While insisting that Orban's win in parliamentary elections was questionable due to widespread irregularities, American Big Media, unable to recognize their own hypocrisy, "raised many of the same issues" highlighted by President Donald Trump in the 2020 election while "dismissing Trump’s concerns," former Rep. Peter Hoekstra noted in an April 18 op-ed for The Washington Times.

Orban "is known for promoting Christianity, borders, families and nationalism. Many in the left political commentariat and mainstream media consider faith and these ideas passe, however, so it’s easy to understand their hypocrisy," Hoekstra wrote.

The conclusions of the Organization for Security and Co-Operation in Europe (OSCE) after Hungary's parliamentary elections seemed like "an analysis of the 2020 U.S. presidential election, especially considering the recent disclosures surrounding Hunter Biden’s laptop," Hoekstra wrote. "Applying the standards of the OSCE to both elections, you would reach similar conclusions that both were 'undermined by absence of level playing field.' "

Following the vote in Hungary on April 3, the OSCE determined:

• The process was marred by the pervasive overlapping of government and ruling coalition’s messaging that blurred the line between state and party, as well as by media bias and opaque campaign funding.

• Biased and unbalanced news coverage permeated the public and many private media outlets, mostly to the benefit of the ruling party.

• The transparency and accountability of campaign finance were adversely affected by the lack of disclosure requirements and extensive, unregulated spending through third parties.

• While political parties and civil society expressed confidence in the accuracy of the voter register, recent legislation weakened important safeguards.

The head of the OSCE Hungarian observer team, Kari Henriksen, stated: “For voters to be able to make an informed choice, it is fundamental that contestants have equal access to the media and run informative campaigns rather than focus on polarizing messaging and personal attacks.”

Hoekstra pointed out: "Using the same standards, it’s easy to postulate what this same group of people would have concluded if they had been invited in to monitor the 2020 U.S. elections."

A study published by Princeton found that “Twitter’s relatively liberal content may have persuaded voters with moderate views to vote against Donald Trump.”

In the case of Hunter Biden’s now-notorious laptop, just two weeks before the election the media called into question the credibility of the laptop (they are no longer doing so), and Twitter and Facebook banned discussion of it or links to the New York Post's now confirmed original news report.

Hoekstra added that the "estimated spending by nonprofits funded by individuals like Mark Zuckerberg ($350 million) provided directly to state and local governments," makes it clear that U.S. election funding "could be described as opaque."

There is also ample evidence from the 2020 election that "former government officials worked hard to influence voters and support the Biden campaign," Hoekstra wrote. "The most recently exposed example is the letter signed by 51 former intelligence officials who dismissed the Hunter Biden laptop story as having all the hallmarks of a Russian influence campaign."

Hoekstra concluded: "Based on the similarities, there is a compelling case to be made that there were significant issues in the 2020 U.S. presidential election, and the OSCE would have concluded the U.S. election results were undermined as a result."

trumporb by N/A is licensed under Video Image N/A