How to both mock Biden and duck Big Tech censors? ‘Let’s go, Brandon!’

Pareidolia: People hear what they want to hear.

What started as an NBC reporter's lame attempt to save Joe Biden further embarrassment amid a chorus of "F___ Joe Biden" at a NASCAR race has become a trend that has shown up not only at sporting events, but in airports, Internet memes, and even at former President Donald Trump's Saturday rally in Iowa.

Texas Republican Sen. Ted Cruz amplified the catchphrase in a Thursday interview with podcaster Benny Johnson. Cruz said it was “one of the funniest things I’ve ever seen.”

“The clip is surreal,” Cruz said. “Listening to the NBC reporter say, ‘Look, they’re chanting let’s go Brandon.’ It captures everything about fake news all at once.”

On Saturday, #LetsGoBrandon trended on Twitter and a plane was spotted above a scheduled Trump rally in Iowa trailing behind it a "Let’s Go Brandon!" banner.

Thousands in line for this evening’s Trump Rally in Iowa pic.twitter.com/1n6oE2MMi1

Biden was even greeted by protesters chanting "Lets Go, Brandon!" on a visit to Michigan on Tuesday.

At a Chicago airport, an airline worker was tricked into saying the phrase "Let’s Go Brandon!" through the paging system.

that was fast. #LetsGoBrandon pic.twitter.com/UjI2jgW34C

And, then, there are some visual memes: 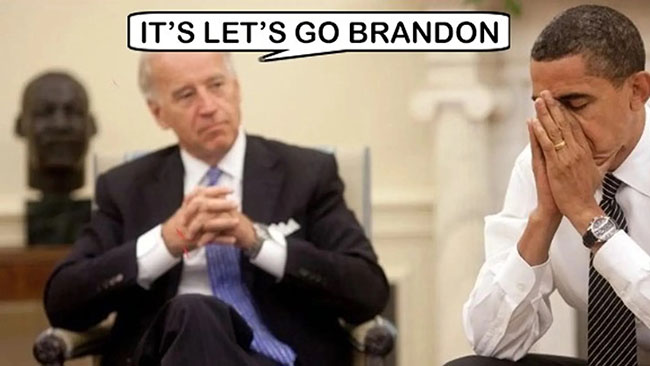 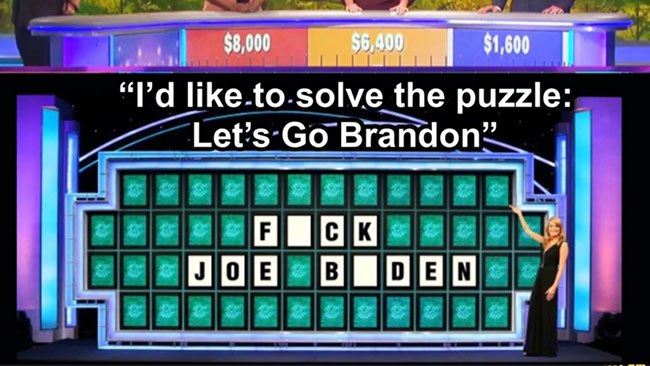 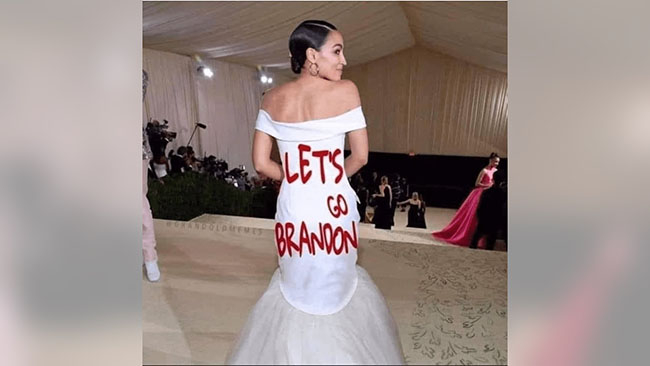 brandon by N/A is licensed under Screen Grab N/A