Inconvenient facts about the Boulder shooter 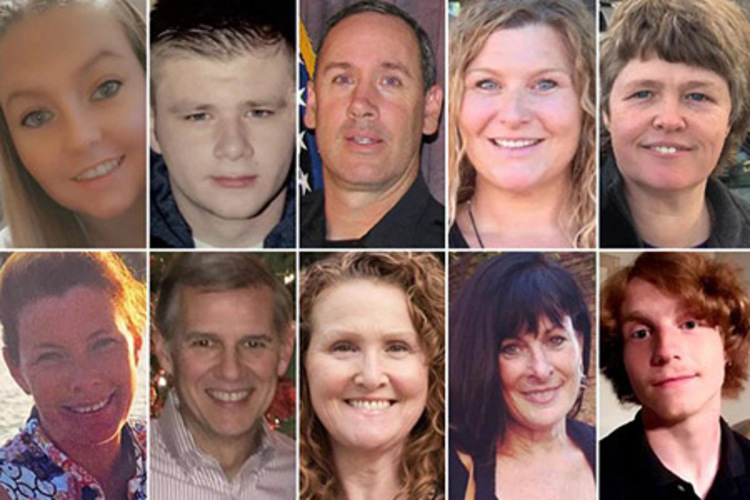 When eight people were killed in a mass shooting in Atlanta on March 18, including six women who were of Asian descent, Democrats and their corporate media allies immediately pushed the white supremacist narrative. White House Press Secretary Jen Psaki, without citing any evidence, attributed the murders to the rhetoric of Donald Trump and his supporters.

The suspect in the Atlanta murders, 21-yr-old Robert Alan Long, said he was motivated by a sex addiction. But the Left, fueled by divisions, continues to push the racism narrative in its media.

Before many details were known, other than a nearly-naked man being led away by police from the Boulder, Colorado massacre on Monday, the presumption was that the gunman must be a white male Trump supporter.

When it was confirmed that Ahmad Al-Issa, a 21-year-old Syrian-born Muslim, was charged with killing 10 people in the Boulder supermarket and that he had published anti-Trump and pro-Islam posts on Facebook, the narrative quickly shifted to gun control.

“The latest mass murder in Boulder rebuts a number of the nostrums of the day, rather than affirms them.

“First, the gunman appears to be a jihadist, not a white supremacist. While the shooter, Ahmad Al-Issa, had reportedly been identified by the FBI as a potential threat, sadly he didn’t fit the profile of the purported ‘domestic terrorists’ and ‘violent extremists’ with whom the bureau is evidently preoccupied, namely Caucasian Trump-supporters.

“If, as some insist, the shooting was racially motivated, it doesn’t jive with the dominant narrative of the moment, either. While likely simply a product of jihadism, if racism prompted the murder of ten white victims presumably it’s been encouraged by incessant denunciations of whites and their so-called ‘privilege.’

“Equally counterfactual is the idea that disarming law-abiding citizens would prevent such criminal conduct. It won’t and we must not.”

In an analysis for 100 Percent Fed Up, Patty McMurray noted: "Recent Google analytical data strongly suggest that certain ideas, including Black Lives Matter and numerous other globalist far-left ideas like Critical Race Theory, are interjected into the media over time in order to create divisions. They are often then removed from the discussion once division among selected groups of people has produced the desired outcome."

Al-Alissa was previously known to the FBI, a New York Times report revealed.

According to the report, Al-Alissa, from the Denver suburb of Arvada, was previously known to the FBI because he was linked to another individual under investigation by the bureau, according to law enforcement officials.

In 2018, Alissa was convicted of a misdemeanor assault against another student at Arvada West High School. Fellow classmates recall him as having a “fierce temper” that would flare in response to setbacks or slights, The Times report said.

Alissa’s brother described him as “mentally ill, paranoid and antisocial,” to the Daily Beast.

Court records show that Alissa was born in Syria in 1999 but had lived most of his life in the U.S.