Information war erupts over what happened in Paul Pelosi’s home 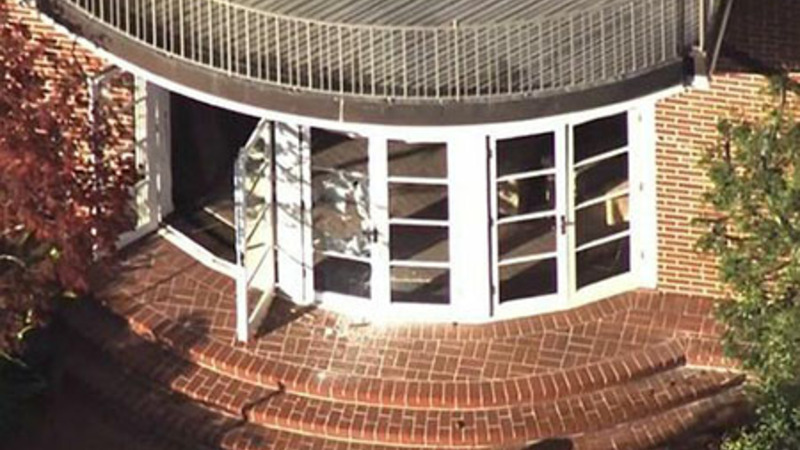 pelosis by N/A is licensed under Screen Grab KGO-TV
Screen grab from aerial video shows damage to a back door of the Pelosi home in San Francisco.
Analysis by WorldTribune Staff, October 31, 2022

Setting aside rumors that Paul Pelosi and his assailant both had hammers, that both were in their underwear when police arrived, and that alleged assailant David DePape had yelled "where's Nancy?", some legitimate questions remain about what exactly went down in the early morning hours on Friday.

How was an intruder able to break into the San Francisco home of a rich and powerful family without setting off an alarm?

There are several cameras at the Pelosi home. Police with body cams were at the home before the assault started. Where's the video?

And why isn't Big Media asking these questions?

Separating fact from rumor has been difficult in the attack on House Speaker Nancy Pelosi's husband, particularly since Democrats and their allies in Big Media seized on the incident in an attempt to boost their faltering chances in the Nov. 8 midterms.

Here is what police say occurred in the early hours of Friday morning at the Pelosi mansion in San Francisco:

After the accused assailant, David DePape, entered the home and confronted Paul Pelosi, Pelosi excused himself by saying he needed to use the bathroom. There, at close to 2:30 a.m., he made a 911 call.

When directing the police response, the San Francisco Police dispatcher relayed what Pelosi said, referring to him as "RP," which is police jargon for "reporting party":

"RP stated that there’s a male in the home and that he’s going to wait for his wife. RP stated that he doesn’t know who the male is, but he advised that his name is David and that he is a friend. RP sounded somewhat confused."

Police arrived in just about 2 minutes, knocked, and someone opened the door, though it is still not exactly clear who.

The police say they observed Pelosi and DePape, each with one hand on a single hammer, and ordered both of them to drop it. DePape then pulled it from Pelosi and started hitting him with it. Police tackled DePape and took him into custody.

Pelosi underwent surgery to "repair a skull fracture, and serious injuries to his right arm and hands," according to a statement from Nancy Pelosi's office.

Police say they believe Pelosi was intentionally giving coded information because the intruder knew Pelosi was on the phone.

At Friday's press conference, San Francisco Police Chief Bill Scott said dispatcher Heather Grimes had to read between the lines of Pelosi's call for help: “She had to interpret what she was being told. And based on her experience and intuition, she basically figured out that there was something more to this incident than what she was being told. Her actions, in my opinion, resulted in both a higher-priority dispatch and a faster police response.”

Audio Recordings of the Police Department Calls to the Pelosi "attack" where Paul Pelosi stated that David DePape was a "friend". pic.twitter.com/y61VofChu3

CNN reported that DePape had in his possession a bag which contained zip ties and duct tape. Police have not confirmed this.

Police have not indicated whether anyone in the house was in their underwear.

Citing "sources," San Francisco Fox affiliate KTVU on Friday reported that DePape was in his underwear. However, KTVU has retracted that claim and posted a correction at the bottom of the article: "An earlier version of this story misstated what clothing the suspect was wearing when officers found him."

Though Democrats and the media immediately pounced to call the attack an act of political violence, police have not asserted a motive.

But that didn't stop the Left from assigning one.

The Republican Party and its mouthpieces now regularly spread hate and deranged conspiracy theories. It is shocking, but not surprising, that violence is the result. As citizens, we must hold them accountable for their words and the actions that follow.https://t.co/MQor4NDFeE

New Twitter owner Elon Musk responded to Hillary's tweet by saying: "There is a tiny possibility there might be more to this story than meets the eye..."

Musk linked to a Santa Monica Observer opinion piece titled: "The Awful Truth: Paul Pelosi Was Drunk Again, And In a Dispute With a Male Prostitute Early Friday Morning".

Many journalists see the glaring questions and evidentiary holes in the Paul Pelsoi narrative. But they also know how important that narrative is to Dems right before the mid-terms.

So why stick their heads up, provoke a liberal Twitter mob, and be branded? That's the climate. — Glenn Greenwald (@ggreenwald) October 30, 2022

pelosis by N/A is licensed under Screen Grab KGO-TV