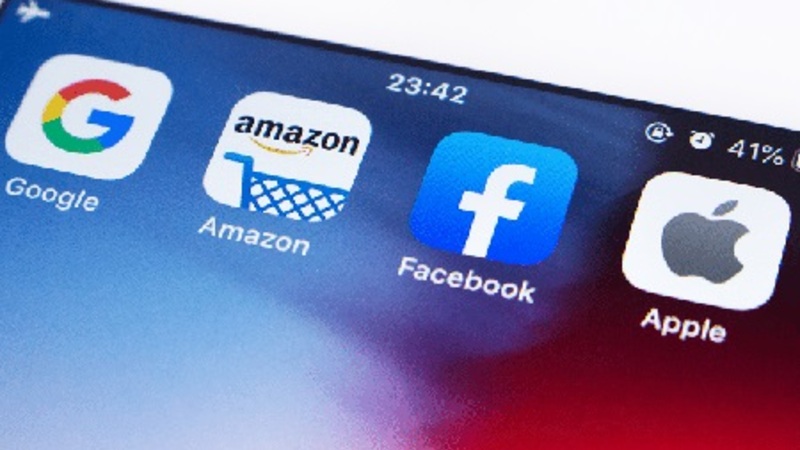 It wasn't that many years ago that most Americans regarded their spy chiefs as standard setters for intelligence, not to mention integrity.

Where was the national outrage and official condemnation when it was confirmed that dozens of former U.S. intelligence officials had lied when they signed the letter shortly before the 2020 election dismissing the Hunter Biden laptop story as "Russian disinformation"? Neither they nor the official media issued corrections or apologies and most Americans are unaware that they were no more than political hacks.

Now many of these same officials have signed on to a letter warning against the break up of Big Tech monopolies — Facebook, Google, and Amazon — because it would jeopardize national security.

The majority of the new letter "is devoted to repeatedly invoking the grave threat allegedly posed to the U.S. by Russia as illustrated by the invasion of Ukraine, and it repeatedly points to the dangers of Putin and the Kremlin to justify the need to preserve Big Tech's power in its maximalist form. Any attempts to restrict Big Tech's monopolistic power would therefore undermine the U.S. fight against Moscow," independent journalist Glenn Greenwald noted in an April 20 analysis on substack.com.

One of the new letter's central claims is that Big Tech monopoly power is necessary to combat (i.e., censor) “foreign disinformation.”

Several of the officials who signed the new letter "are themselves leading disinformation agents," Greenwald noted.

The letter warns of the "national security dangers" from two different bipartisan bills — one pending in the Senate, the other in the House — that would prohibit Big Tech monopolies from using their vertical power to "discriminate” against competitors (the way Google, for instance, uses its search engine business to bury the videos of competitors to its YouTube property, such as Rumble, or the way Google and Apple use their stores and Amazon uses its domination over hosting services to destroy competitors).

"The amount of bipartisan support each bill has garnered — and the widespread animosity toward Big Tech reflected by this Congressional support — has shocked Google, Amazon, Apple, and Facebook lobbyists, who are accustomed to getting their way in Washington with lavish donations to the key politicians in each party," Greenwald wrote. "This letter by former national security officials is, in one sense, an act of desperation. The bills have received the support of the key committees with jurisdiction over antitrust and Big Tech."

Politicians "will work behind the scenes to kill efforts to rein in Big Tech, but will not vote against such efforts if forced to take a public position," Greenwald wrote, adding that "as a result, Big Tech's last hope is to keep the bill from reaching the floor where Senators would be forced to go on record."

This is where the former intelligence and national security officials come in.

"While these former CIA, Homeland Security and Pentagon operatives have little sway in the Senate Judiciary and House Antitrust Committees, they command great loyalty from Congressional national security committees," Greenwald noted. "Those committees, created to exert oversight of the U.S. intelligence and military agencies, are notoriously captive to the U.S. National Security State. The ostensible purpose of this new letter is to insist that Big Tech monopoly power is vital to U.S. national security — because it is necessary for them to censor 'disinformation' from the Internet, especially now with the grave Russian threat reflected by the war in Ukraine — and they thus demand that the anti-Big-Tech bills first be reviewed not only by the Judiciary and Antitrust Committees, but also the national security committees where they wield power and influence, which have traditionally played no role in regulating the technology sector."

The letter states: "We call on the congressional committees with national security jurisdiction – including the Armed Services Committees, Intelligence Committees, and Homeland Security Committees in both the House and Senate – to conduct a review of any legislation that could hinder America’s key technology companies in the fight against cyber and national security risks emanating from Russia’s and China’s growing digital authoritarianism."

Greenwald noted: "Why would these former national security and intelligence officials be so devoted to preserving the unfettered power of Big Tech to control and censor the internet? One obvious explanation is the standard one that always runs Washington: several of them have a financial interest in serving Big Tech's agenda."

Greenwald continued: "The cynical exploitation could hardly be more overt: if you hate Putin the way any loyal and patriotic American should, then you must devote yourself to full preservation of the power of Google, Facebook, Apple, and Amazon.

"It should go without saying that these life-long security state operatives do not care in the slightest about the dangers of 'disinformation.' "

btech by N/A is licensed under Screen Grab N/A