Iran lawmaker: Goal from start of nuclear program was to build the bomb 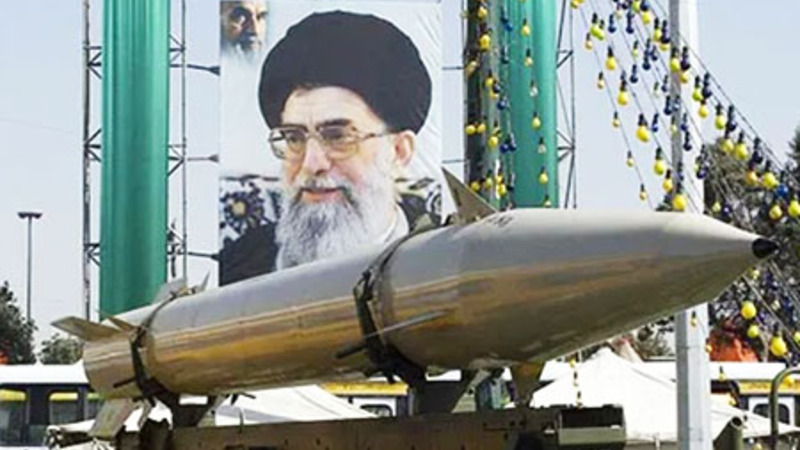 jcpoa22 by N/A is licensed under AP / File N/A
A missile in front of a poster of the Iranian supreme leader Ayatollah Ali Khamenei.
by WorldTribune Staff, April 28, 2022

A former top official in Iranian parliament has confirmed that Iran intended to develop nuclear weapons from the time its nuclear program began.

Ali Motahari, former deputy parliament speaker, said in an April 24 interview on Iran’s Student Correspondents Association (ISCA) state-run news: “When we [Iran] began our nuclear activity, our goal was indeed to build a bomb. There is no need to beat around the bush.”

He also expressed regret that the goal of building the bomb was not kept secret enough.

“With regard to what we started… If we could have kept it [a secret] until we performed a [nuclear] test, then it would have been a done deal,” Motahari said. “Like in Pakistan.”

When asked if he was actually stating the aim of Iran's nuclear program was to build a bomb, Motahari responded: “Yes. One hundred percent.”

He explained that the aim was that of “the entire regime, or at least, the people who started this activity,” and was to serve “as a means of intimidation.”

The ex-lawmaker's admission comes amid current nuclear talks in Vienna led by the Biden administration which may conclude with Iran "gaining access to $90 billion in foreign currency reserves and sanctions relief to some of the world’s worst terrorists," Breitbart's Joshua Klein noted in an April 27 report.

"In addition to being granted hundreds of billions of dollars it will likely use for terror and aggression, the deal also won’t prevent Iran from obtaining nuclear weapons," Klein added.

Last month, Russia’s envoy to the Iran nuclear talks admitted Iran “got much more than it could expect” in the latest iteration of the nuclear deal.

Despite its status as an international pariah due to its invasion of Ukraine, Russia has been relied on by Team Biden as a key player in the Iran nuclear talks.