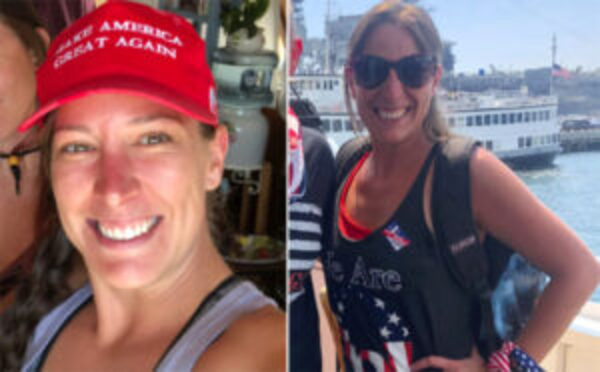 abtwtr by N/A is licensed under Internet N/A
Ashli Babbitt
by WorldTribune Staff, May 24, 2021

Babbitt was shot and killed by an unidentified law enforcement officer as she reportedly attempted to climb through a broken interior window in the Capitol Building, located outside the Speaker’s Lobby off the House Floor during the Jan. 6 disturbance. She was unarmed. At the time of the shooting, several officers reportedly can be seen in videos, standing in the crowd of protestors in which Babbitt was present.

“The normal course of action in a police-related shooting is to quickly inform the public of the details – but the lack of transparency in the killing of veteran Ashli Babbitt in the U.S. Capitol is unprecedented and obviously political,” said Judicial Watch President Tom Fitton. “That Judicial Watch must file a lawsuit for basic information after five months of stonewalling is a scandal.”

The request to the Metropolitan Police Department asks for: All records, including but not limited to investigative reports, photographs, witness statements, dispatch logs, schematics, ballistics, video footage, and MPD officials’ electronic communications, concerning the January 6, 2021, death of Ashli Babbitt in the Capitol Building and its related investigation.

The request to the Chief Medical Examiner asks for: All records, including but not limited to autopsy reports, toxicology reports, notes, photographs, and OCME officials’ electronic communications, related to the death on Jan. 6, 2021, of Ashli Babbitt in the Capitol Building and its related investigation.

Judicial Watch recently sued the Pentagon and the U.S. Park Police for information on deployment of troops and warnings about the Jan. 6 U.S. Capitol disturbance.

In March, Judicial Watch filed suit against the U.S. Department of Defense for records about House Speaker Nancy Pelosi’s Jan. 8 telephone call with Chairman of the Joint Chiefs of Staff Mark Milley.