Kari Lake: Fake news in 'frenzied panic because your chosen candidate is not winning' 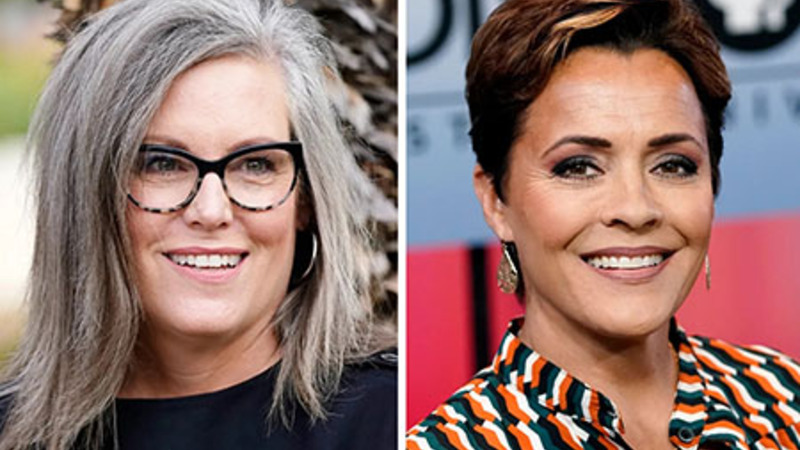 Arizona Republican gubernatorial candidate Kari Lake on Thursday slammed the "fake media" for reporting bogus allegations from her opponent's camp that Lake's campaign was involved in a break-in at Katie Hobbs's campaign headquarters.

The suspect arrested in the break-in, Daniel Mota Dos Reis, is not tied to Lake's campaign and politics played no role in the crime, police said. He is a self-described "Democrat" and an immigrant from Angola, according to independent media reports.

Police said Dos Reis stole an apple mouse, a keyboard, and a camera worth a total of $1,180 from Hobbs's office and that he is also believed to be responsible for a second unrelated commercial burglary in Phoenix.

In addressing the "fake news" on Thursday, Lake said: “You’re in a frenzied panic because your chosen candidate is not winning. You didn’t want to cover [new polls] so you had to run with a completely garbage, bullshit story."

Lake, who has been endorsed by former President Donald Trump, has opened a wide lead in the polls over Hobbs.

Following the break-in at Hobbs's campaign headquarters, the Democrat candidate shared a statement on Twitter from her campaign manager, Nicole DeMont, which linked the break-in to "dangerous misinformation" spread by Lake and her allies.

The Arizona Democrat Party also said the Phoenix break-in was "a direct result of Lake and fringe Republicans spreading lies and hate."

As CNN reporter Kate Sullivan repeated the Hobbs campaign narrative by asking if she was connected to the break-in, Lake responded: "This sounds like a Jussie Smollett part two. Obviously you don't want to cover the real story today which is we are 11 points up in the polls and you want to distract the people with an old story. And I can't believe she we blame my amazing people or blame me for something like that. I don't even know where her campaign office is. I'm assuming it's in a basement somewhere because that's where she's been campaigning."

Lake later said that her reference to Smollet wasn’t meant to claim Hobbs fabricated the break-in, but to blame the media for running with a story before verifying it, as many outlets did in the Smollet saga.

Not only did the Hobbs campaign not apologize for linking Lake's campaign to the break-in, but DeMont proclaimed: "Let me be clear, Kari Lake’s preposterous allegation that this break-in was staged is unfounded and her refusal to condemn the threats that have become common in our politics continues to stoke chaos."

.@KariLake to the Fake News: “you’re in a frenzy panic because your chosen candidate is not winning. You didn’t wanna cover [new polls] so you had to run with a completely garbage, bullshit story pic.twitter.com/ruCEBRAyVA

Arrestee in break-in of Katie Hobbs campaign office has been identified. Charged with assault, pro-mask, immigrant from Angola. pic.twitter.com/WcksbxuW7N