Latest from World Economic Forum: Zelensky in, Twitter out 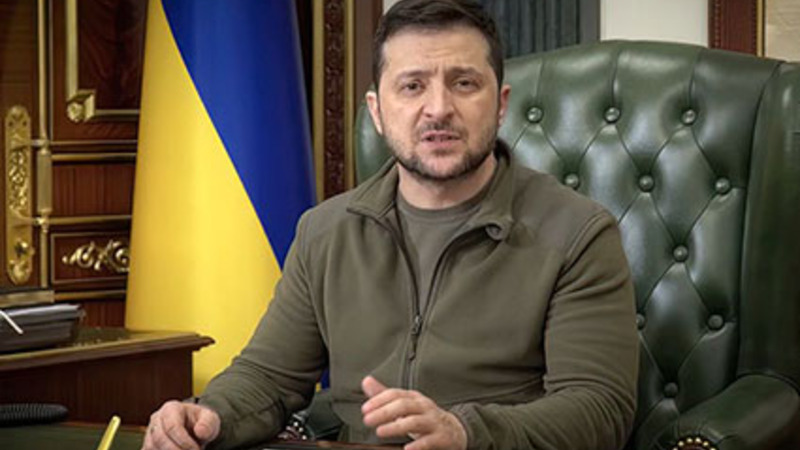 Ukrainian leader Volodymyr Zelensky, who members of the Uniparty in the U.S. Congress have crowned the new Winston Churchill, said his government is preparing to participate in the World Economic Forum (WEF) in Davos, Switzerland in January.

In canceling Twitter from its 2023 gathering of globalists, the WEF is recommending Chinese state-controlled social media apps to “follow along” with the festivities.

"To stay up to speed with all that is happening within the invite-only doors of the ruling class confab, the WEF recommends following along through a handful of social media sites. They include the U.S.-based narrative-compliant Facebook, LinkedIn, Instagram, and YouTube, along with the Chinese social media apps TikTok WeChat, and Weibo. Twitter, which has freed itself from the grasp of the WEF-endorsed censorship-compliant social apps, is no longer included," Jordan Schachtel noted in a substack.com report.

Several WEF partners, including BlackRock, have joined the attacks against Twitter, boycotting the platform in protest of Musk's pledge to turn it into a free speech zone.

Zelensky confirms that he spoke with BlackRock CEO Larry Fink about the postwar rebuilding effort in Ukraine.

Team Biden has pledged over $100 billion to Zelensky and said it will keep the funding spigot turned on "as long as it takes" to win the war against Russia.

"We are preparing to partake in the World Economic Forum in Davos. The posture and prospects of Ukraine will be presented there," Zelensky said on Wednesday.

In a video conference meeting with Fink, Zelensky said; “Specialists of this company are already helping Ukraine to structure the fund for the reconstruction of our state.”

BlackRock is the world's largest money manager, with assets of $8 trillion, while the WEF plays a central role in global economic planning and development.

"Both are highly controversial, however, particularly because they push environmental, social, and governance practices, known as ESG. The WEF has drawn criticism for articles and tweets in which it seems to advocate the widespread abolition of property and privacy," the Washington Examiner's Brady Knox noted.

In his Dec. 26 The Dossier report, Schachtel noted he had obtained an early, partial list of both events and confirmed speakers for Davos 2023. On the agenda are event titles such as Why We Need Battery Passports, Leading The Charge Through Earth’s New Normal, A Living Wage For All, Enabling An Equitable Transition, and Beyond The Rainbow: Advancing LGBTQ+ Rights, among others.

"It should come as no surprise that the ruling class’s favorite narrative and ideas shop for technocratic tyranny has come after Twitter, given that the latter app is now serving as the one major global social media platform for open debate and dialogue," Schachtel wrote.

volzel by N/A is licensed under Video Image N/A