‘Libs of TikTok’ shows her face: ‘LGBTQ community has become this cult’ 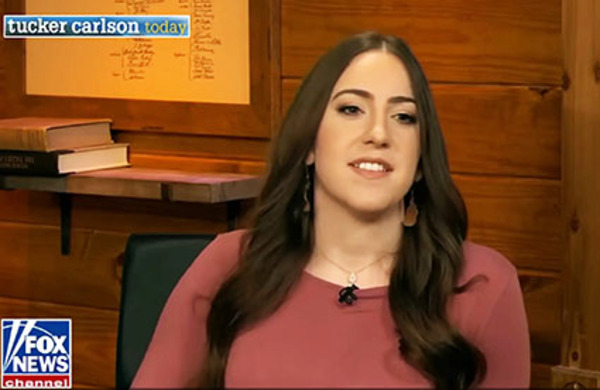 Since being relentlessly targeted by leftists and doxxed by the Washington Post's Taylor Lorenz, the identity of the creator of the hugely popular social media account "Libs of TikTok" had been closely guarded.

Raichik had kept her identity hidden due to harsh reaction to her account, which simply reposted other TikTok videos intended for selected audiences of adults allegedly exploiting children sexually under the guise of progressive but explicit gender rhetoric and ideology content inside classrooms.

"When my account started growing, I realized the hatred that the Left has and their violent nature, and I was like, ‘I am going to remain anonymous' … and I have remained anonymous until my account was doxxed," Raichik said.

As her Twitter account reached over 1.7 million followers, Chaya Raichik said she felt it was time to take the "next step" to further her activism and become a source of guidance for parents seeking to expose and push back against the far-left agenda in the classroom.

Raichik, who launched the Twitter account two years ago, revealed her face to the public for the first time on Fox Nation this week during an interview with Tucker Carlson [see video below].

"I think there’s something so unique about — the LGBTQ community has become this cult and it’s so captivating," Raichik said. "And it pulls people in so strongly, unlike anything we’ve ever seen. And they brainwash people to join, and they convince them of all of these things, and it’s really really hard to get out of it, it’s really difficult."

"And there are studies on this, there’s been a lot of reporting on this, about people, parents who are like, my child is starting to say, you know, that they’re non-binary or transgender, or whatever, and what do I do, how do I stop this?"

"And it’s really, really difficult. It’s unlike anything we’ve ever seen I think. And it’s extremely poisonous," she added.

Carlson asked whether Raichik sees, "a spiritual component to any of this?"

Raichik said that she didn’t know, to which Carlson said, "Well, I do, I don’t think this makes sense at all."

"I get people asking me all the time, mom groups, can you come help us? I get invitations to help people understand how to expose the left and how to fight it. Being anonymous…I was restrained from doing all of those things, and I am ready to do that. I think I will be a lot more effective when I am not so anonymous anymore," Raichik told Carlson.

raichik by N/A is licensed under Video Image N/A