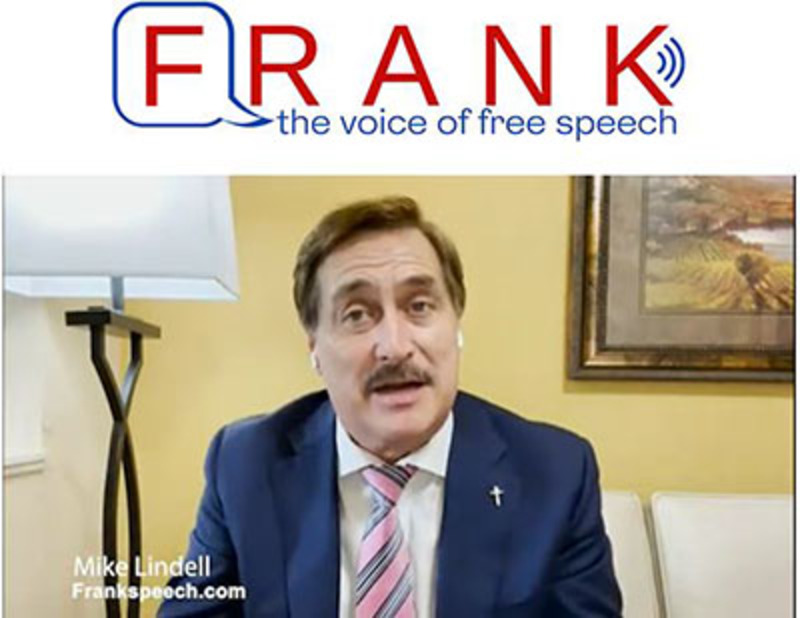 As saboteurs continue to attack frankspeech.com, platform founder and My Pillow CEO Mike Lindell announced on Monday that My Pillow Inc. has filed a lawsuit against Dominion Voting Systems, seeking $1.6 billion in damages.

In February, Denver-based Dominion sued My Pillow and Lindell in federal court in the District of Columbia. Dominion’s suit alleged that Lindell had defamed the company and asked for more than $1.3 billion in damages. "Dominion not only went after my company but my employees, 2,500 from both parties, all races," Lindell said on Monday.

"Lost 20+ retailers. Can’t even go on big networks. Cannot even say the word Dominion or Smartmatic." In an interview with Lindell on Monday, Alan Dershowitz discussed the issue of election fraud, noting that “Dominion has succeeded in subduing the media who are afraid of mentioning the word. That is a basic First Amendment issue. They are acting as the U.S. government.”

Lindell noted: "I would hope the government would come down on our side. Dominion will not let us see the machines. Obviously we will be demanding access to their machines and their code."

Derhshowitz said: "Most important First Amendment lawsuit in history because it involves the election of the President of the USA. During the Adams administration, they tried to shut down newspapers. Whether you support Mike Lindell or not you have to fight back."

Derhshowtiz added: "Everyone needs to understand: You’re next. If they can silence Mike Lindell, they can silence you. We’ll see what NBC, Fox says. They should not be afraid to put you on.

"The highers up are determining what Americans can read and hear about. You will now have the opportunity to express yourself directly to the American public.

In the complaint filed Monday, privately held My Pillow says that it is suing to protect free speech and to remedy harms the company says it has suffered.

“This lawsuit is brought in support of the marketplace of ideas and to remedy the grave harm that has been suffered by MyPillow as a result of Dominion’s suppression of speech and attacks on the Company,” the suit states.

MyPillow’s suit says there is a difference between statements made by Lindell and the company. “In making these statements, Lindell spoke for himself, not My Pillow,” the suit says.

“My Pillow has not engaged in discussion about the 2020 election. However, as an American company supporting American constitutional values, My Pillow unreservedly supports Lindell’s right to exercise his First Amendment freedoms concerning the matters of critical public concern, like election matters.”

Stephen Shackelford, a lawyer for Dominion, said: "This is a meritless retaliatory lawsuit, filed by My Pillow to try to distract from the harm it caused to Dominion."

As for frankspeech.com, Lindell said 9 million people had tried to reach the site by 10:45 a.m. EST. Despite the ongoing cyber attacks against the platform, Lindell said there was a "backup plan" and the site would be up and running soon.

He also announced that "Absolute Interference", a documentary about “overwhelming” evidence of China’s interference in the 2020 election, would debut on Tuesday.