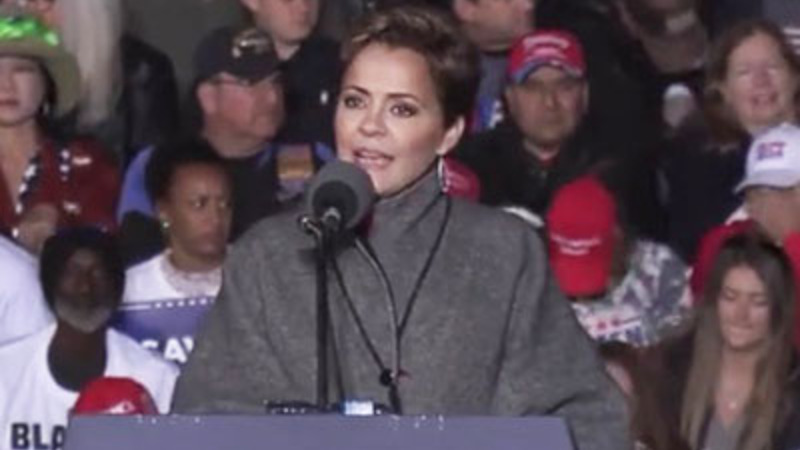 Arizona Republican gubernatorial candidate Kari Lake warmed up the massive crowd at former President Donald Trump's Save America rally in Florence, Arizona on Saturday by declaring that Dr. Anthony Fauci should face charges and go to prison which started a massive chant of "lock him up."

Lake, who has been endorsed by Trump, said the same fate was due those involved in widespread irregularities and fraud in the 2020 election.

Vowing that two immediate policies she would enact if elected are "no lockdowns and no mandates," Lake also touched on the flood of illegals entering the U.S. under Joe Biden's open border policies:

“To the people flooding across our border: When I’m governor, you will be arrested and sent back across the border.”

“We are being invaded, and China is pushing deadly fentanyl through Mexico,” said Lake, who then addressed Biden: “It’s going to stop with me … We do not need your protection, your permission to defend our state.”

klake by N/A is licensed under Video Image N/A