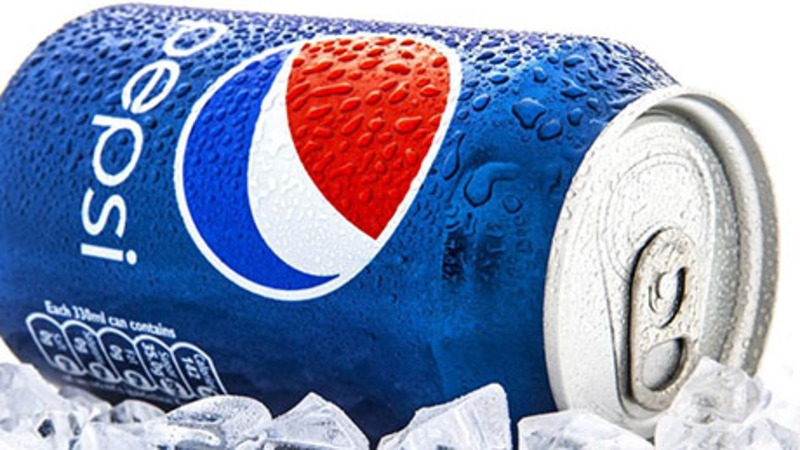 For those who are considering switching to Pepsi as a way to boycott Coca-Cola due to the Atlanta-based soda giant’s attacks against Georgia’s new electoral integrity law, please think again. Pepsi is every bit as wildly woke as its corn syrup-laced counterpart, and as a company displays an even more astonishing connection with the elitist globalist network that is working to destroy the nation states of the West today.

Just last week we wrote about the powerhouse leftist organization the Ford Foundation and its attempts to craft a “new narrative” on the invasion of our southern border in cooperation with highly placed media allies. Stunningly, Ford Foundation President Darren Walker sits on the Board of Directors at Pepsi. This marks the most pronounced direct tie-in between a major brand corporation and a leftist globalist money organization that we’ve seen since beginning this weekly column almost two years ago.

Walker’s official Pepsi bio states: "Prior to the Ford Foundation, Mr. Walker joined the Rockefeller Foundation, a philanthropic organization...." Yes, that’s Pepsi spinning for the notorious globalist Rockefeller cabal. Walker is hardly the only interesting name on the board.

Why is the head of NBC News sitting on the Board of Directors of a soda water company? Cesar Conde, Chairman of NBCUniversal News Group, shows again a tight network in operation that encompasses big-box media outlets, big-box corporations and big-box leftist “philanthropies.”

Conde also is on the Boards of Walmart and powerful leftist globalist organizations the Paley Center for Media and The Aspen Institute. The Paley Center would make a good focus for a future column of its own.

Oddly, MLB Commissioner Rob Manfred, NFL Commissioner Roger Goodell and NHL Commissioner Gary Bettman are also on the Paley Board of Trustees. All three leagues, along with the NBA, are "Corporate Members" of the Center, which has received funding from George Soros's Open Society Foundations and has pledged its commitment to promoting racial justice and social change.

While at Univision, Conde spearheaded the development of the “Es el Momento” national education initiative for Hispanic children with the Bill & Melinda Gates Foundation. Here he is hosting an intimate conversation in 2011 with Bill and Melinda Gates. Observe how Conde cozily sets up Melinda to discuss the Gates vaccine push in Latin American countries: Daniel Vasella, former Chairman and Chief Executive Officer at Big Pharma behemoth Novartis AG, is also on the Pepsi Board. Vasella is a former member of the Global Health Program advisory panel for the Bill & Melinda Gates Foundation.

My, what interesting company Pepsi keeps. Pepsi CEO Ramon Laguarta is as woke as any corporate executive out there today. Like so many big brands, the company has dutifully bent the knee to the Marxist Black Lives Matter movement.

In the process, it has lavished funding to promote “systemic change” in America (bold added throughout rest of this column): So today, I am announcing the next step in PepsiCo’s journey for racial equality: a more than $400 million set of initiatives over five years to lift up Black communities and increase Black representation at PepsiCo. These initiatives comprise a holistic effort for PepsiCo to walk the talk of a leading corporation and help address the need for systemic change.

Beyond the deep commitment to equality inherited from my parents, having lived for several years as a Spanish-speaking immigrant in the U.S., I have grown to identify with this country’s vibrant, diverse Hispanic community. When I became CEO, I vowed to use my position to make the road easier for Hispanics and other groups impacted by systemic inequality, and that’s exactly what PepsiCo’s Racial Equality Journey is all about. "As we embark on this new chapter of our Racial Equality Journey..." And, of course, there was the Asian American pandering in February: PepsiCo unequivocally believes that racism, xenophobia and violence have no place in our society. All of us deserve to be treated as human beings, with dignity, empathy and respect. We believe it is vital to listen to those who have endured systemic racism and use our size and scale to break down barriers. That means putting ourselves in another person’s shoes, especially if it makes us uncomfortable, and then leaning into that discomfort, because that’s where true understanding, reconciliation and progress thrive.

His George Floyd statement was particularly disgusting: For the past week, I have been heartbroken for the family of George Floyd. For the people of Minneapolis. For every person who is overwhelmed with grief, anguish, and, in some cases, rage at the injustice infecting so many of our communities. What is happening to Black people on the streets of America at the hands of rogue police officers and individuals is not acceptable. What’s worse is that these appalling and horrific crimes keep happening.

Oh, by the way, Laguarta is also on the Board of Directors of Visa. As we’ve said, it is a very tight network.

In 2018 Pepsi was one of more than 50 major companies signing a letter opposing the Trump administration’s move to define gender based on biological reality:

We, the undersigned businesses, stand with the millions of people in America who identify as transgender, gender non-binary, or intersex, and call for all such people to be treated with the respect and dignity everyone deserves. We oppose any administrative and legislative efforts to erase transgender protections through reinterpretation of existing laws and regulations. We also fundamentally oppose any policy or regulation that violates the privacy rights of those that identify as transgender, gender non-binary, or intersex.

Lastly, a taste of the globalist messaging Pepsi is helping import into Africa. Pepsi is at the forefront of challenging “negative patriarchal norms”:

As Pepsi highlights in a particularly startling way, major corporations are most certainly not stepping out of their lane when endorsing the progressive globalist establishment agenda in America and the world today.

The reality is that they are a key interlocked part of that agenda. A potent weapon in the quest for a new global order.

Coke and Pepsi’s “corporate values” are every bit as poisonous as the toxic ingredients in their flagship products.

Joe Schaeffer is the former Managing Editor of The Washington Times National Weekly Edition. His columns appear at WorldTribune.com and FreePressInternational.org.