Modern day 'Mengele': Teetering on his pedestal, Fauci demands punishment for his critics 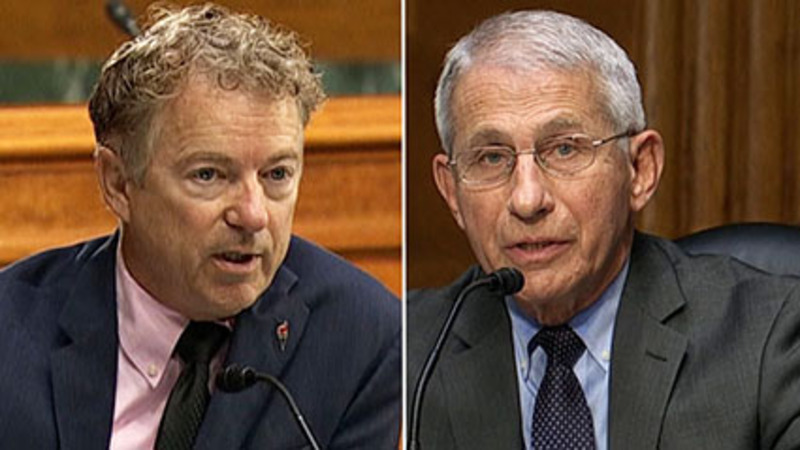 Dr. Anthony Fauci is still one of the most influential men in the world and  reigns in Washington, DC as the highest paid U.S. bureaucrat.

But that official stature is not holding up under scrutiny even as Fauci claimed this week he should be immune to criticism because he "represents science".

"This is what people say to me, that he doesn't represent science to them. He represents Josef Mengele ... the Nazi doctor who did experiments on Jews during the Second World War and in the concentration camps," Logan said Monday during an appearance on "Fox News Primetime."

"The level of suffering that has been created because of this disease," Logan added, "is now being seen in the cold light of day, i.e. the truth, and people see there is no justification for what is being done."

Dr. Fauci not only thinks such criticism unwarranted and an attack on "science," but he wants his critics severely punished.

“What I find striking is how she gets no discipline whatsoever from the Fox network,” Fauci told MSNBC. “How they can let her say that with no comment and no disciplinary action. I’m astounded by that.”

It is certainly the case that U.S. bureaucrats can't be held be ejected by voters and are rarely held to account. But average Americans and a growing number of critics are not only fed up but furious.


Fauci needs to be questioned by grand juries over his involvement with Coronovirus experiments that enable them to enter human lungs, which is called "gain of function” research. Such research must end now and anyone involved prosecuted. These people are playing with genocide. No one who helped create COVID 19 has been held accountable. Yet how many victims suffered and died? Totally man made and avoidable. Accountability, not hysteria. I want that.

Fauci has been a source of "misinformation" which has "cost lives," Sen. Rand Paul told Fox News host Maria Bartiromo.

The Kentucky Republican added that Fauci "should go to prison for 5 years for lying to Congress. They've prosecuted other people. They've selectively gone after Republicans, but in no way will they do anything about him lying. But he should be prosecuted for lying and at the very least should be taken out of his position."

senrpfauc by N/A is licensed under Video Image N/A